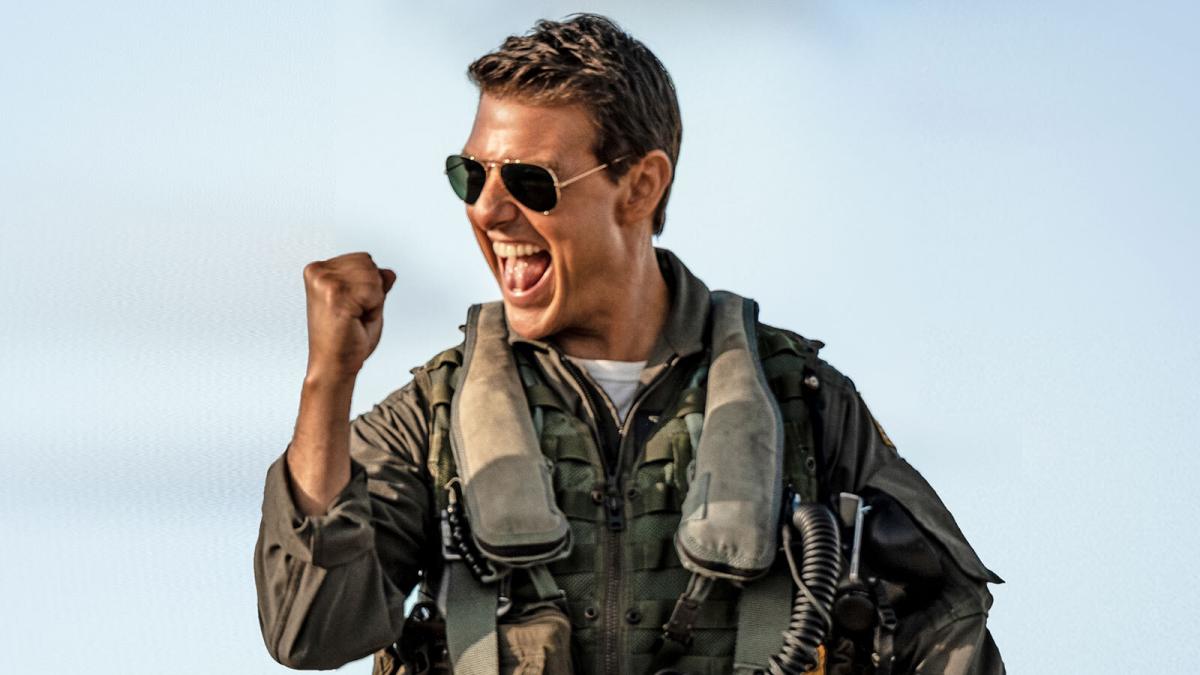 If you’ve been on the internet at all recently, you’ve probably been bombarded with advertising and press for Top Gun: Maverick. The long-awaited sequel to Tom Cruise’s 1986 blockbuster/instant classic Top Gun was originally set to release in Summer 2019. Production issues forced it into delays, and then…you know. But Top Gun: Maverick FINALLY exists and is set to hit theaters on May 27th.

The synopsis for the sequel is as follows:

After more than thirty years of service as one of the Navy’s top aviators, Pete “Maverick” Mitchell (Tom Cruise) is where he belongs, pushing the envelope as a courageous test pilot and dodging the advancement in rank that would ground him. When he finds himself training a detachment of Top Gun graduates for a specialized mission the likes of which no living pilot has ever seen, Maverick encounters Lt. Bradley Bradshaw (Miles Teller), call sign: “Rooster,” the son of Maverick’s late friend and Radar Intercept Officer Lt. Nick Bradshaw, aka “Goose.” Facing an uncertain future and confronting the ghosts of his past, Maverick is drawn into a confrontation with his own deepest fears, culminating in a mission that demands the ultimate sacrifice from those who will be chosen to fly it.

The aforementioned advertising and press has been an all-time great run from the executives at Paramount and the marketing/PR firms they use. The film has been screening for select press for several weeks now. And the review embargo, typically lifted a week or so before a decent movie is released and only a few days before a bad movie, was lifted way back on May 12th – two full weeks before release. Footage of Top Gun: Maverick was shown to audiences prior to showings of the biggest movie of the year so far – Doctor Strange 2. A music video for Lady Gaga’s Hold My Hand, Top Gun: Maverick’s theme song, was recently released to millions of views. And just today, the film screened at the Cannes Film Festival to a reported six-minute standing ovation that brought Tom Cruise to tears.

The hype is insane and the reviews so far have been as well. As of this writing, Top Gun: Maverick sits at a stunning 97% on Rotten Tomatoes with 108 reviews in. I got to see the movie on Monday 5/16 at a screening here in Houston and I was giddy with excitement from all the early reviews I had seen. Praise for the film called it one of the best action movies of the past decade. Names like Mad Max: Fury Road and Mission Impossible: Fallout were evoked. I had started to get a little nervous that maybe it had actually been overhyped and I’d be a little disappointed.

Over the past few years it’s become a pretty common take that “movie stars are dead“. The idea goes that the days of people going to see a movie specifically because some big name actor/actress is in it are gone. That your Leonardo Dicaprios, Johnny Depps (no comment), Will Smiths (no comment) are the last of a dying breed. After watching Top Gun: Maverick, the Movie Star can’t die until the day Tom Cruise does. Cause that man’s GOT IT. Still. To this day at 60 years old.

Cruise carries this movie on his back just by the simple fact of being Tom Cruise and therefore being better looking and cooler than you are. Every moment that Tom Cruise is on screen in Top Gun: Maverick it’s like he, the director and the cinematographer are whispering into your ear “just in case you forgot, he’s HIM”.

Top Gun: Maverick has no business being as great as it is. The original Top Gun isn’t really that good anymore. It’s fun, but watching it with fresh, critical eyes there’s a lot to poke holes in. Plus, it’s 2022. We as a media-consuming public have moved on to other things. Most of us don’t really seek out big budget, Support the Troops movies anymore. Give us our superheroes, multiverses and maybe a true crime podcast that’s made into a documentary that’s made into a mini-series that’s made into a movie!

On top of the seemingly outdated concept, the movie comes from a pretty unproven director, the script isn’t anything to write home about, and the supporting cast has some decent star power, but not much in the way of A-listers.

Tom Cruise went in to his LeBron bag once again. That Movie Star, “your fave could NEVER” energy was one of the biggest highlights of this film for me. I don’t know how many movie stars we have left besides Tom Cruise. But as long as he’s around cooking like this? We always gon have at least 1!

Usually I try to write like a smart person who paid lots of money for a degree. I try to think as critically as I can about things. How they impact me, why they impact me, what that means in a broader context and how those same things might impact other people who have a different lived experience than me.

However, when it comes to military planes, I ain’t tryna do none of that bullshit. Military planes are cool as hell and there will be exactly 0 critical thought from me about them. They’re cool in museums, they’re cool in air shows, they’re cool in flyovers at football games, and they’re coolest of all when Tom Cruise is flying one in IMAX. There were several moments in Top Gun: Maverick where me and Copier Collin giggled like schoolchildren or went “hoooooo shit!!!” cause some amazing fighter plane shit was happening. In IMAX, which the film was shot for, you truly feel that same child-like wonder of having a big ass plane fly over your head at a football game for the first time.

You’ve probably seen plenty about how Tom Cruise does his own stunts and is actually out there risking life and limb for the sake of our entertainment. (An act of service for which I am eternally grateful.) Top Gun: Maverick is no different. The stunt work and the plane sequences are next level incredible. The stakes feel way higher than the original movie as well.

In my opinion, everything about Top Gun: Maverick is at least equal to if not vastly superior to the original. The action is higher-stakes, more creative, and more varied. The characters are more entertaining/endearing. Hanz Zimmer’s music is phenomenal as always. And obviously with the advancements in technology since 1986, the movie looks way better as well. But Maverick is careful not to lose any of the charm/nostalgia that the original movie had despite being a bigger production. And that’s largely accomplished purely through the power of Tom Cruise Movie Star-ness.

Blockbuster action movies get no better than this.

This movie’s got something for any and everybody who appreciates action movies. Another certified banger in a year chock full of them already, and we haven’t even hit the halfway point yet.

Grade: A+
Recommendation: GO SEE IT IN A THEATER, YOU BUM! TOM CRUISE AIN’T RISK HIS LIFE JUST FOR YOU TO WATCH THIS ON YOUR 2012 MACBOOK AIR!

BUY SOME SNACKS TOO WHILE YOU AT IT! SUPPORT REAL CINEMA!