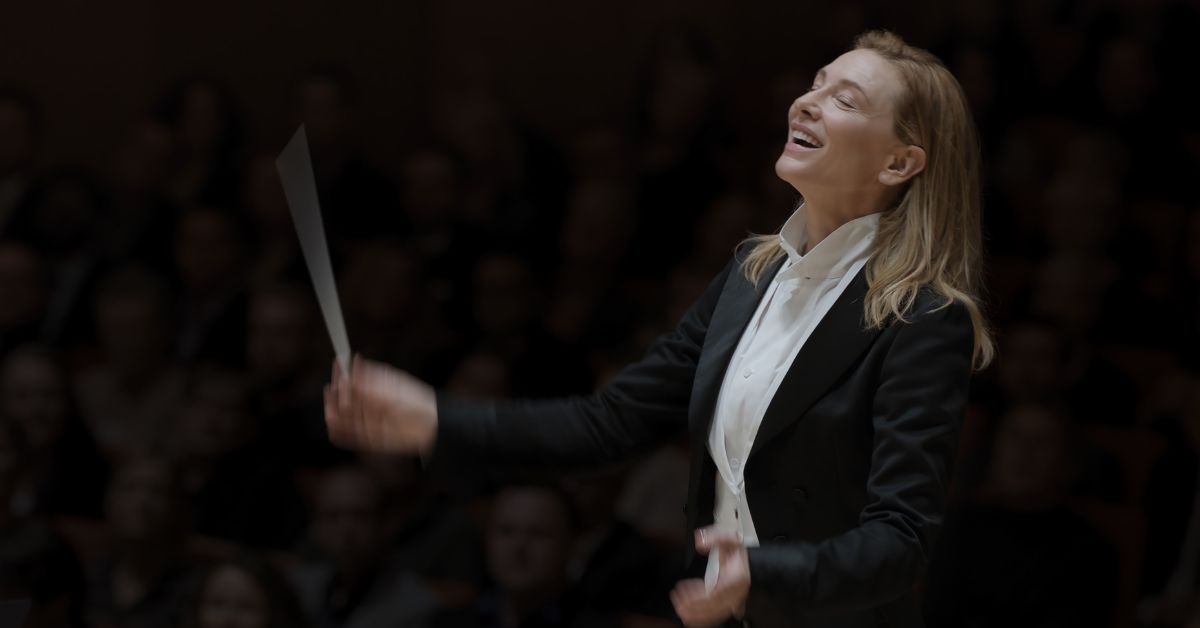 Fall is here again, and that means so is Oscar Bait szn. My favorite time on the movie release calendar. While the Summer months are full of what studios hope will be huge box office spectacles like the incredible Top Gun: Maverick, mid-October through Christmas is when most companies release their projects with better hopes of awards glory than of ubiquitous box office dominance. Enter Tár, the latest film from director/writer Todd Field and his first since 2006’s Little Children. Starring two-time Academy Award winner and seven-time nominee Cate Blanchett as a fictional, world-renowned musical composer/conductor named Lydia Tár, the film has become one of the early Oscar favorites. The movie was initially released on October 7th exclusively in New York and L.A. before expanding slightly, including showing at exactly 1 theater here in Houston, this weekend. Tár will have its official wide release on October 28th.

Like many Oscar favorites before it, Tár certainly isn’t for everyone. The film makes no apologies about that. To borrow a Twitter cliche about rapper J.Cole, Tár takes a certain level of intelligence to understand. As pretentious and imprecise as that phrase is, there’s a tiny kernel of universal truth in it. There’s a certain “if you know, you know” quality to just about everything in life. The more information and familiarity you have with something the more you can appreciate the subtleties and details other people may miss. For example, while someone who knows nothing about baseball wouldn’t care at all that the Mariners brought in Robbie Ray to face Yordan Alvarez in the bottom of the 9th of ALDS Game 1, for more knowledgeable fans that’s a huge deal and an important, exciting part of the story. Sneakerheads get hyped up about limited Nike drops and spend hundreds and thousands of dollars on pairs that regular people will see and think “…but they’re just shoes!” In classical music, a central feature of Tár, a casual observer may hear it and think “this is so BORING!” But someone who genuinely knows what they’re listening to and appreciates the art can break down the themes, stories, tensions, and emotions of a Beethoven piece. The movie works in the same way and it is a truly incredible experience for people willing to invest in the details and take the long, slow ride.

That’s not to say that you’re a bad and dumb movie watcher if you find Tár boring. It’s a 2.5+ hour film about a weirdo orchestra conductor for Christ’s sake. The movie basks in all the pretentiousness that the premise affords as well. Tár starts with what are traditionally the closing credits. The film largely takes place in Berlin, and Cate Blanchett regularly switches to speaking German, at times without subtitles when the audience is meant to mostly understand what she’s saying by her voice and hand movements. It won’t work for everyone and that’s okay. Everyone’s entitled to their opinions and sometimes playoff baseball games, limited sneakers, and Oscar movies really just aren’t good. For example, last year’s early Oscar front-runner Power of the Dog is just a movie that sucks in my opinion. As the greatest living philosopher, Jay-Z, once said “just cause you don’t understand him it don’t mean that he’s nice!” But hopefully, I can help explain what’s happening in Tár in a way that lets people appreciate the craftsmanship and artistry on display, even if they’re not as entertained or moved by it as I was.

What is Tár about?

The movie follows its titular character Lydia Tár, a fictional present-day classical composer/conductor who has risen to become the greatest, most accomplished in the world. Lydia is an EGOT winner, the first-ever female chief conductor of the Berlin Philharmonic orchestra, she’s basically the Tiger Woods of this classical music shit. The film introduces you to the character while she’s already at these heights. The opening of the movie is literally a voiceover introducing Tár by reading her lengthy bio and list of accomplishments prior to an onstage interview with The New Yorker designed to help orient you in the space. Think of the way Star Wars literally just tells you who’s who and what’s what at the beginning of the movies. The rest of the movie is an intimate study of Cate Blanchett’s character. Tár is about the power dynamics that her genius and status have set up in all of the relationships in her life and how those dynamics shift and unravel as she finds herself at the center of #MeToo-type allegations of misconduct.

Tár takes its time to slowly set up those relationships one by one. Early on each scene is lengthy. Conversations go on much longer than you might expect, each one largely centering on Blanchett and only one other person at a time. This style lets you really understand the world and Tár’s place in it. The interview with the New Yorker tells you about her glowing public persona as one of the GOATs. A conversation with Mark Strong‘s annoying investment banker/amateur conductor character reveals how she looks down on the bums trying to bite her style. Each relationship in Lydia’s life gets this same treatment one long conversation at a time. Her wife Sharon, her assistant Francesca, a student in her class at Julliard named Max, her daughter Petra, her mentor, her second in command, the players in her orchestra, the board of directors, an attractive new young cellist, etc. The plot very carefully and slowly builds during each of these bits of exposition, like introducing each instrument into a piece of music. But once all the players are on the board and Lydia’s life starts to unravel, the pace quickens, the scenes get shorter, the story explodes, and Tár becomes a commentary on fame, power, and a hilarious Promethean type of justice.

Why is Tár getting so much awards hype?

After Tár‘s premiere at the Venice International Film Festival back in September, the movie was instantly thrust into the forefront of the major awards races. Cate Blanchett’s performance stands out instantly as a lock for a Best Actress nomination and a heavy favorite for the win. Tár‘s set up – the long conversational scenes and the detailed character study – couldn’t possibly work without the incredible work Blanchett does here. She goes from intriguing and mysterious musical genius to terrifying boss to loving mother to frustrating wife and back again time after time and as the film plays out and those stark lines she’s drawn in her personal life start to blur, she masters that too. It’s hard to see any other actress turning in a better, more impactful performance than Blanchett this year. She’s in virtually every scene of the movie and is asked to carry Tár like LeBron was carrying those Cavs teams to the NBA Finals every year. Fortunately for her and the audience, there’s no JR Smith here to give the game away. Each member of the supporting cast is up to the challenge of coming in for their minutes and holding their weight. Noémie Merlant, famous for the French film Portrait of a Lady on Fire is a particular standout of the supporting cast as Francesca, Lydia’s assistant. The cinematography, music, set design, and set design are all excellent as well and I can easily see Tár receiving nominations for all of those categories as well as Best Picture.

To be honest, I won’t end up recommending Tár to the vast majority of my friends and family. It’s incredible and, in my opinion, one of the best movies of the year. But just like I wouldn’t recommend that everyone go out and buy themselves a Rolex or a pair of Jordan 1s, I’m not going to pretend that this is a movie everyone will enjoy and appreciate. It takes its time. It’s subtle. Some people will certainly find it boring and that’s okay. But for people who have a deeper appreciation for the craft of filmmaking and storytelling, I think you’ll find that Tár is a masterpiece.

Grade: A+
Recommendation: See it in theaters if a patient character study sounds like your jam! Probably skip it if you think I sounded like a pretentious asshole throughout this review. Check it out on streaming eventually if you’re somewhere in the middle.