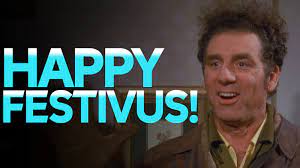 If you are reading this, your favorite team is probably the Houston Astros. So that means your favorite team is currently 75-41, leading the American League by 2 1/2 games and the AL West by 13 games. Yet, we as human beings love to get on Al Gore’s internet and log into twitter and complain. Some of its trolling, some of it is yelling out in the void of the internet, some of it is actually fair but as the dog of days turn into the playoff push we need to get dialed in collectively. So let’s get it all out there.

Welcome to the Festivus of the Dog Days of Summer.

Let’s just get the first one out of the way.

I think this will be on everyone’s list and it actually made my list surprisingly but not the reason it’s on yours. I wish Dusty would post his lineup at midnight before the next game. Just a chaos grenade that goes off at midnight and by noon the next day we won’t even complain about the lineup but more about the time it was dropped.

I think this is evenly split. You are either pro wave or anti wave. You could be the person standing with your hands up doing the wave in the middle of a high leverage at bat in a tied ball game in a big moment or you could have some wherewithal. Looking at you Dex. Okay okay that was ugly and I can feel the anger from the pro-wavers but how about a compromise? March thru June you can do the wave as many times as you want at a ballgame, go crazy kid. But when the calendar flips over to July, the wave ceases to exist thru the playoffs. Deal?

As an unbiased Big J Journalist that represents this city on a blog filled with sarcasm, I must say my brothers and sisters of the national media are simply misunderstood. Running with stories of buzzers, made up nieces of former players, quips of trash cans, writing articles from the ivory towers of NY or LA or Bristol takes a lot out of you. When the low hanging fruit is just there for the taking, why do actual work?

Just kiddin. See ya in October, when you have to come down to Houston again and are forced to put a smile on and get full access to the greatest show on dirt.

I am one who loves the easy engagement and impressions on the internet. But Power Rankings are chaotic, home of the “well actuallys” and some of the best troll memes. I can’t stand power rankings but due to Stockholm Syndrome I think I love them? They are never on time to correct themselves. I think somewhere on the internet the top team of the 2022 season, is probably still the 2016 Cubs. I think I am going to be all in on the Power Rankings life because they are the perfect cornucopia of chaos.

I have never seen Seinfeld

So I have no idea if this is even the right format. Oh whale. Sarcasm is fun.