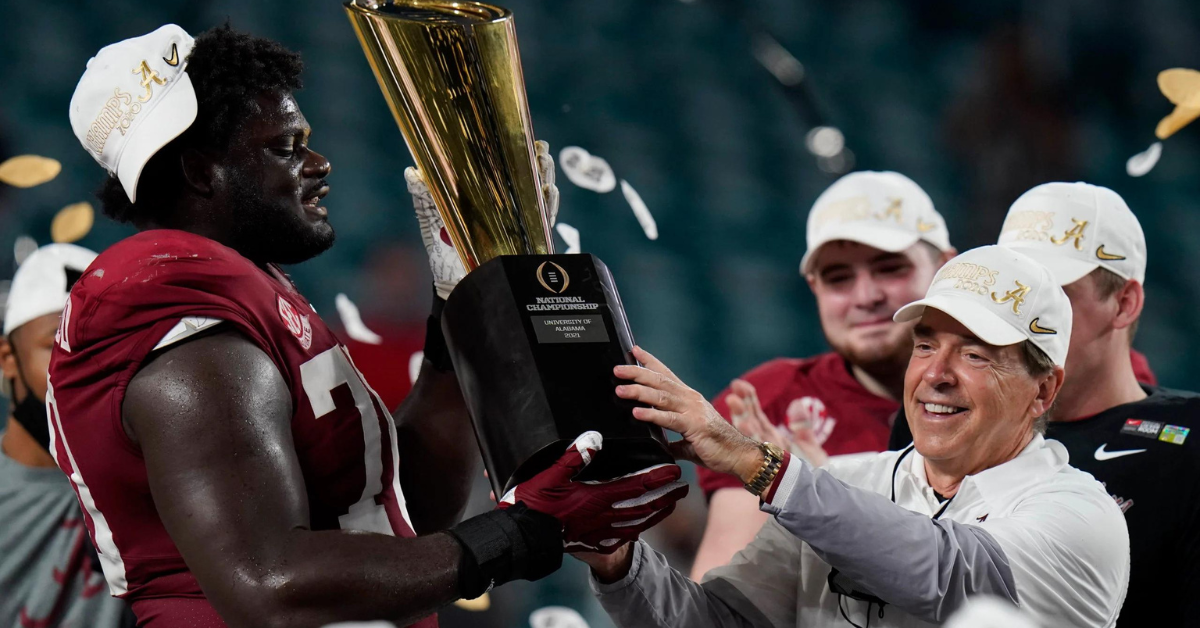 If you’re a University of Alabama football fan, congratulations. If you’re not fortunate enough and are a fan of literally any other college in the country like me, I’m sorry.

Nick Saban just signed an eight-year extension with the Alabama Crimson Tide, and the rest of college football has let out a huge, depressed sigh. Saban is 70 years old and clearly has no desire to stop beating the living shit out of other football teams. This extension keeps him in Tuscaloosa until 2030 (which is not a real year) and makes him, once again, the highest-paid coach in college football.

The Google machine tells me that his net worth is $60 million, and I don’t believe that for one second. I feel like this is his fifth extension with Alabama, and this one just gave him $93.6 million over the next eight years. The math isn’t adding up in my head. Just over a year ago he signed a deal to keep him at Alabama just shy of 2030. Nick Saban is a madman for wanting to work like a horse until he’s 80, but more power to him.

Maybe we’ll see a decline in Alabama’s success over the next few years, but it sure doesn’t seem like Nick Saban is going to stop this train any time soon. Welcome to the SEC, Texas & Oklahoma. You get to deal with the best college football coach of all time until the next decade starts.

Follow @ApolloHOU and @ApolloStoney for more college football coverage as the season kicks off!