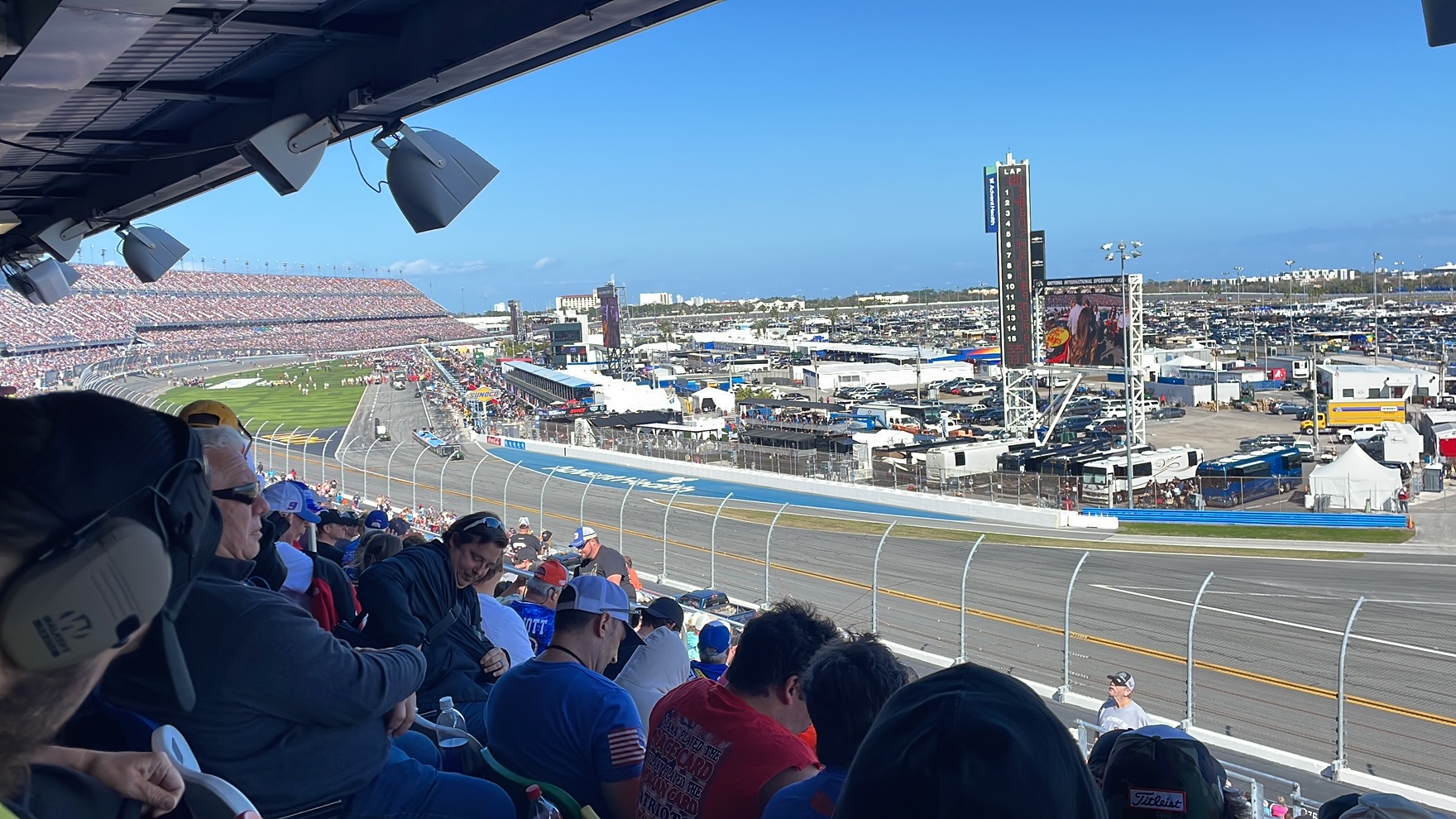 NASCAR’s regular-season finale, the Coke Zero Sugar 400 at Daytona, promised drama and chaos as multiple drivers looked to cement their place in the NASCAR playoffs by winning the race. After being delayed by rain on Saturday night, an attempt was made to finish the race Sunday morning. With the threat of weather in the air and the inherent chaos associated with racing at a superspeedway like Daytona, the intensity levels for this race were through the roof. It didn’t take long for action to start happening.

After starting on the front row, Kyle Larson experienced engine trouble. This was a harbinger of things to come for playoff drivers. Lap 31 saw the first crash of the race happen when a chain reaction led to a multiple car incident.

Ryan Blaney came into Sunday’s race at Daytona as the second to last driver in on points. After being caught up in the incident his playoff hopes were put in to immediate jeopardy. Brad Keselowski who needed a win to make the playoffs was taken out of the race ending any championship hopes he may have had. Blaney’s teammate at Penske, Joey Logano would take the first stage.

Stage 2 had a ton of intense action but managed to be largely incident-free other than a couple of near misses. Joe Gibbs Racing’ Kyle Busch would take the green checkered flag this time, earning a valuable playoff point.

With Stage 3 beginning, the intensity picked up even more. An incident on lap 102 managed to catch Martin Truex Jr.. MTJ was the final playoff driver in on points at the time of the incident but had gained on Blaney after his earlier troubles. Michael McDowell, who also need a win to make the playoffs, was eliminated after this wreck.

Just over twenty laps later we were wrecking again. This time, Alex Bowman turned Chase Briscoe in front of the field leading to a massive pile-up. Bubba Wallace, Austin Dillon, and several others were caught up in the crash.

We didn’t even make it a full lap of racing before Erik Jones got turned into Joey Logano. This lead to one of the funnier moments of the race when Logano appeared to be performing a burnout with 28 laps left.

With rain looming large and several drivers looking to score that all important win, we took the green flag once more. After a flurry of lead changes and action, rain began to pour causing a massive pile-up in turn one that collected every member of the top 20 with the exception of Austin Dillon.

By managing to avoid the carnage, Dillon gained the lead. The rain continued to fall leading to a red flag. Eventually NASCAR would go back green. Austin Cindric would take the lead from Austin Dillon but Dillon put his bumper to Cindric in order to get back to the lead. Austin Dillon was able to hang on for his first win of the season in a wild and wacky race.

With his win, Austin Dillon locked himself into the playoffs in the regular-season finale, meaning Ryan Blaney and Martin Truex Jr. were now fighting for one spot. After incidents involving both drivers, Blaney finished six laps down. Truex Jr. crossed the line in 8th. Due to the sheer amount of cars eliminated by the massive rain-created incident late in the race, Blaney still managed to finish 15th, securing enough points to get him in to the playoffs. However, the bigger concern for me is that NASCAR’s decision not to throw the caution led to a massive crash with multiple hard hits. I understand that the shower appeared quickly but safety of the drivers should always be the biggest priority. If NASCAR made the decision to throw the caution due to weather after the rain began to fall, a massive crash could have been avoided. I’m disappointed in the decision-making of NASCAR here both because of the championship implications and the danger they put the drivers in. With that being said – we move into the playoffs now. Below are the sixteen drivers competing for the championship:

The playoffs begin next week at Darlington.