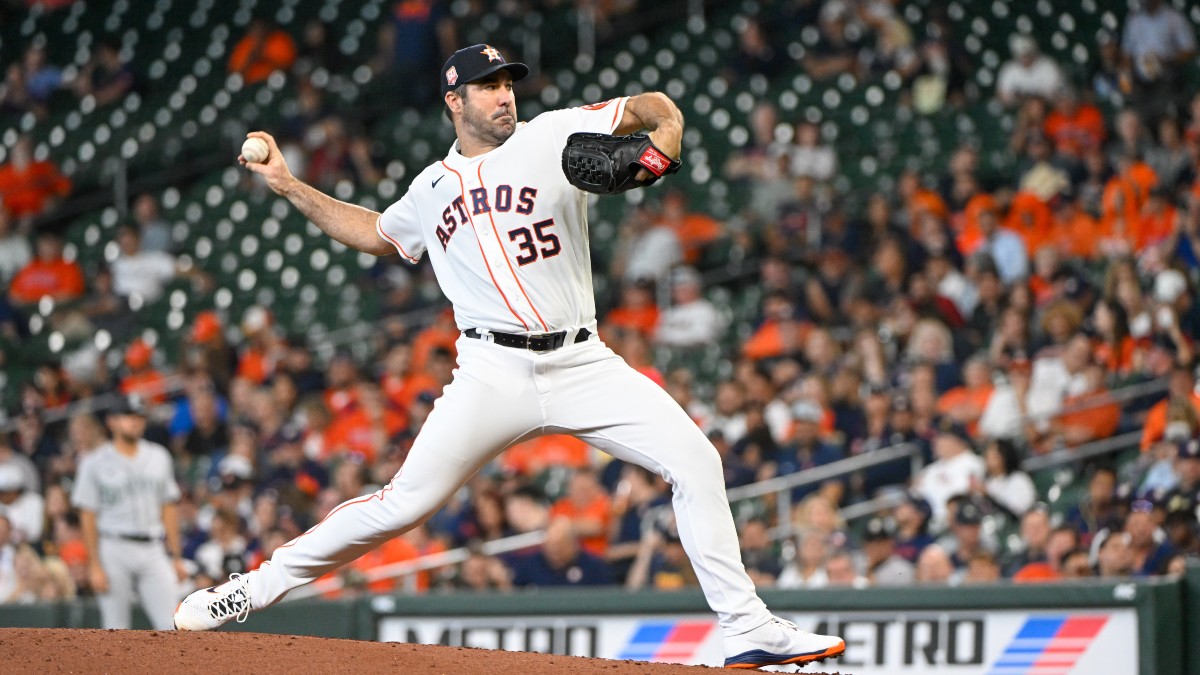 HOUSTON, TX - MAY 04: Houston Astros starting pitcher Justin Verlander (35) delivers a pitch during the baseball game between the Seattle Mariners and Houston Astros at Minute Maid Park on May 4, 2022 in Houston, TX. (Photo by Ken Murray/Icon Sportswire)

Five years ago the Houston Astros pulled off a miraculous trade that brought the ace of his generation to Minute Maid Park, which has lead to the Golden Age of the franchise. The Astros have won a World Series, been to two other World Series, and have been in the last five American League Championship Series since acquiring Verlander. Thank you, Jeff Lunhow.

Since joining the Houston Astros, Justin Verlander has been unconscious. His win-loss record is 59-18 with a 2.30 ERA. You can add on 794 Ks, with three complete games, and, oh yeah, a no-hitter. He was runner-up for the Cy Young award in 2018 and brought his second Cy Young home in 2019 with one of the most absurd seasons we’ve ever seen from an Astros pitcher. Somehow, at age 39, he’s on his way to producing yet another Cy Young worthy season. Justin Verlander isn’t human.

Astros fans will never forget when the news broke, or when they woke up and saw that Justin Verlander was indeed traded to the Houston Astros. The immense joy that I received from reading that tweet the next morning is nearly indescribable. I had a gut feeling throughout that season that the Astros were incredibly special, but getting Verlander cemented the status of the team as no-shit World Series contenders.