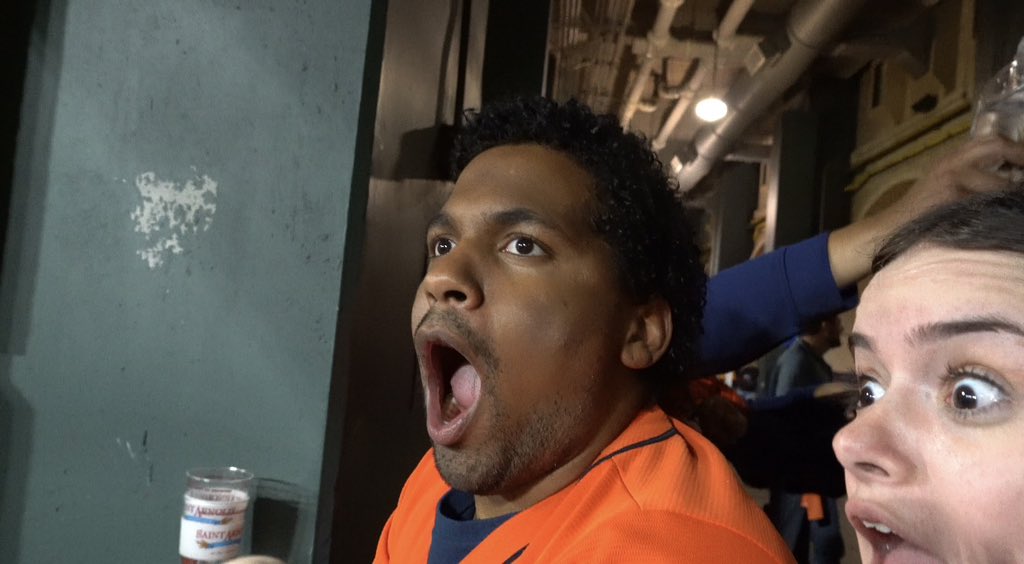 The Houston Astros and New York Yankees are in the ALCS for the third time in the last six years, and the Astros Dominated ALCS game 1.

Welcome to yet another Astros vs. Yankees ALCS. This game was certainly a doozy. Justin Verlander threw boatloads of pitches in the first two innings, and gave up a moonshot to the red hot Harrison Bader. I won’t lie, I was nervous.

Then, the Cy Young settled in and did what JV typically does. Shoved.

Verlander ended his outing after six innings, 3 H, 1 ER, 1 BB, and 11 SO. What a line to have nearly 50 pitches after two innings. That’s my ace, that’s my Cy Young winner.

Shortly after that, Martin Maldonado got his big hit that we all knew would happen soon enough. He drove in Chas McCormick, (we’re not done talking about him yet), for the first run scored by the Astros. After that, the boys were able to lower the adrenaline and really settle into their at-bats.

Once JV’s day was done, it was tie for the bats to really get going. Our beloved, Yuli Gurriel took an inside fastball into the Crawford Boxes in the bottom of the sixth inning. Tell me where you’ve heard that story before.

Shortly after that it was time for Chas to shoot one over the right field fence, and Minute Maid was rocking. P.S. I love when Chas hits anything to the opposite field because I absolutely believe it’s going over the fence every single time.

Ryan Pressly came in the bottom of the eighth inning to quickly knock out a four-out save like it was just a normal thing for him. He was a strike throwing machine and the Yankees were dead on Wednesday night. The job isn’t done just yet, but that was exactly how you want to start your sixth straight ALCS appearance.