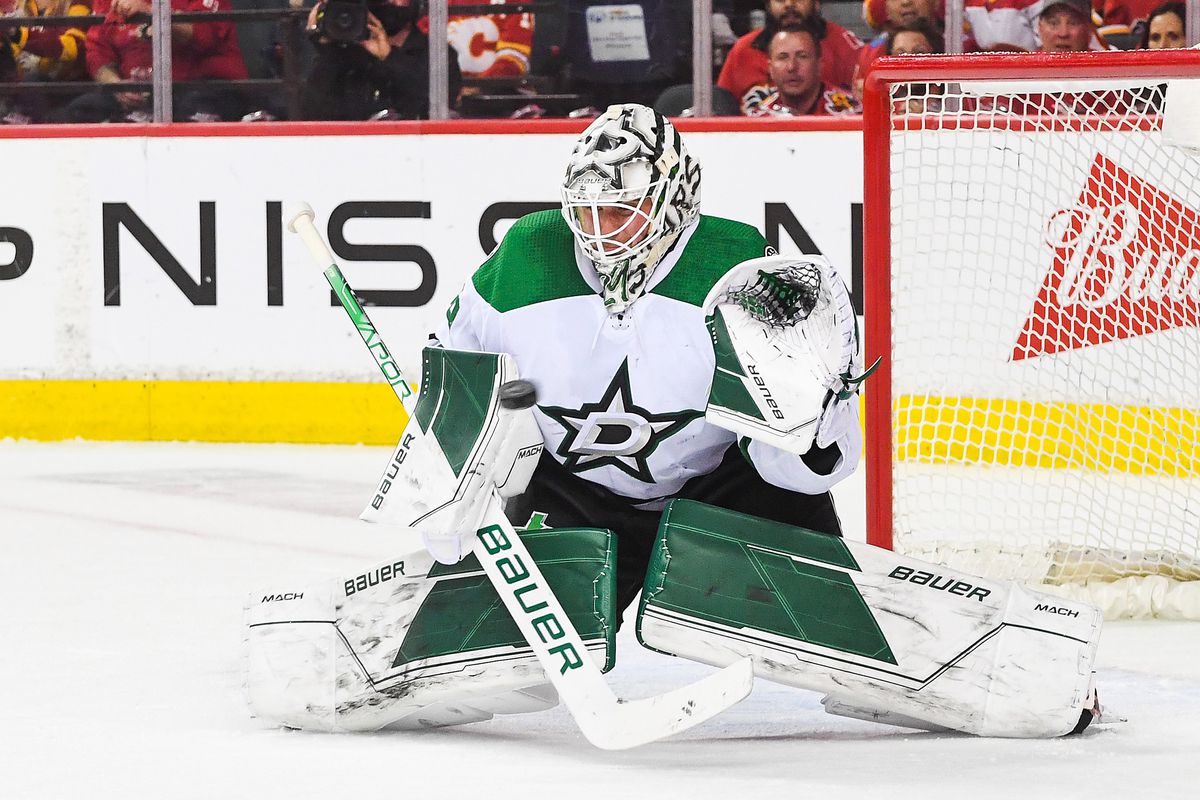 Oettinger stepped into the starting goalie role last season after Ben Bishop medically retired, Anton Khudobin lost his magic he possessed during the bubble playoffs in in 2022, and Braden Holtby turned into a solid backup goalie. The Otter turned 23 during last season and proved that he could be an every day tendie for the boys in Dallas with tons of saves.

Stars fans have been in shambles over the summer because he and fellow American stud, Jason Robertson, haven’t received their new contracts. Thursday afternoon the Stars Twitter account surprised fans with a tweet of the Otter paint image that went viral in Dallas this past season.

The franchise mutually agreed to let their previous head coach, Rick Bowness, resign during the offseason to get some new juice flowing throughout the team. The Stars had to rely on Oettinger to make dozens of miraculous saves to keep them in the hunt of the playoffs. Ultimately the offensive system wasn’t good enough to advance passed the first round, but Oettinger was exceptional. He’s earned the $4 million AAV that he received from Dallas.

I love this signing for the team, and if new head coach, Peter DeBoer, can instill some better offensive schemes, and pucks on net, this team can be a threat in the Western Conference.

The franchise has a good mixture of old veteran leadership with young speedsters, and now they’ve got their goalie for at least the next three seasons. Good for Dallas, but if they don’t re-sign Robertson soon, there will be riots at American Airlines Center.