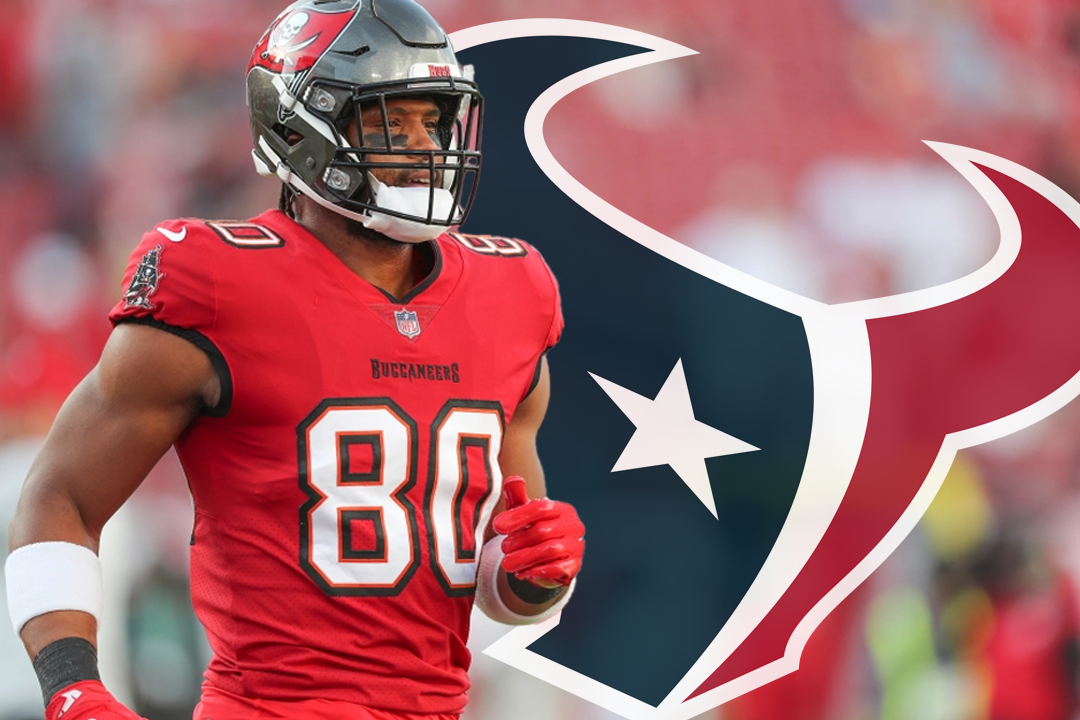 O.J Howard was cut by the Bills earlier this week. Howard immediately garnered interest from multiple teams in need of an upgrade at the TE position. One team that had quite a bit of interest was the defending AFC Champs, The Cincinnati Bengals. The deal that would send Howard to Cincinnati to catch dimes from Joe Shiesty was all but finished but fell through at the last minute… and the Texans were there to pick up the pieces.

O.J Howard joins a TE group here in Houston that is unproven but has potential. That especially is the case with second year TE Brevin Jordan. Brevin is a young TE with all the physical attributes needed to be a star TE in the NFL. Howard has played a lot of football and will be a great mentor for Brevin. Not to say that his role here is purely to be a mentor to the young guys. Howard can play. I expect him to have a good year with the Texans.

In his first two years in the league, he had 6 TDs and 5 TDs respectively. In the last few years he has declined steadily in production BUT that can be accredited to the insane amount of offensive weapons that the Buccaneers have added over the past few years. For example, In 2020 they added the best tight end to ever play the game of football, Rob Gronkowski.

In an offense where Brandin Cooks is the only proven offensive weapon, O.J Howard could shine with his veteran abilities. DAVIS MILLS loves his tight ends and will be targeting Howard quite a bit.

Overall I really love this move by Nick Caserio and think this will be great for the development of Brevin Jordan as well. I’m excited to see the DAVIS MILLS throw pigskins to these two exciting tight ends. DAVIS MILLS slinging it Cooks, Collins, Brevin, and O.J should be a fun thing to watch.

Make sure you tune in to the ApolloHOU NFL show “Off The Gridiron” to stay up to date on everything about the Houston Texans!