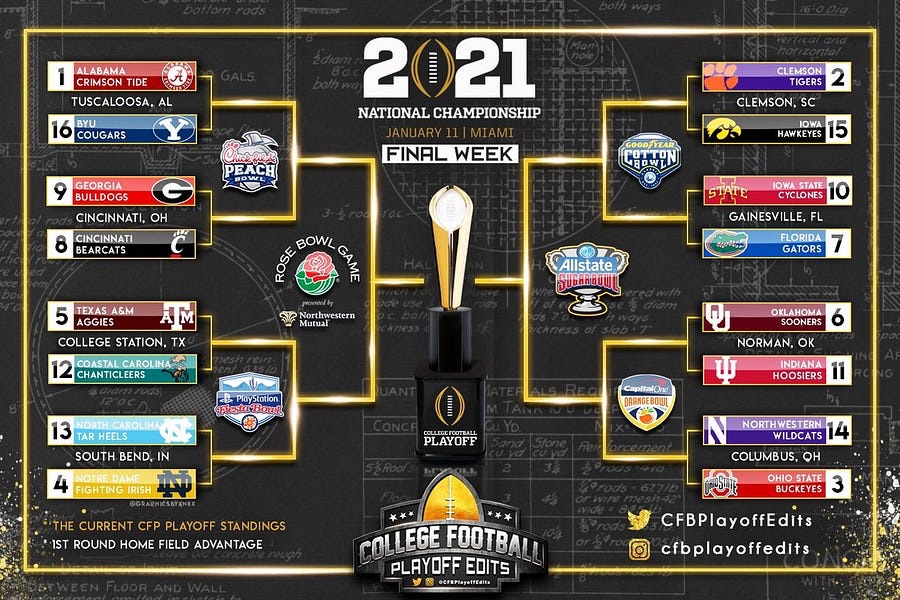 BREAKING: The College Football Playoff is expanding to 12 teams according to Pete Thamel.

Thamel is also reporting that this structure will be starting in 2026, with the possibility of it starting before then. The college football landscape is built to have more teams in the playoff, so I’m absolutely thrilled to finally get more teams in there at the end of each season.

Gone are the days of watching the same four teams in the playoffs every season. Yes, there’s still a strong possibility that Alabama, Georgia, Clemson, and Ohio State will continually be in the top four and the end of the year. BUT college football is one of the greatest sports for chaos and upsets.

Last year Utah was #12 at the end of the season, and they’d have a shot of competing for a national title. This sport thrives on storylines and the underdog stories, and now those teams and players will have a chance to play on its biggest stage.

As is tradition with college football, they say things will happen in 2026, but if they want this done sooner, it will most definitely be done sooner. Finally, the College Football Playoff is expanding.

Stay tuned to the Apollo’s College Football coverage all season long including our Weekly Gambling Pit & much more! Follow our new College Football podcast “The Get Back Coach” wherever you get your podcasts and follow @ApolloHOU on all platforms!