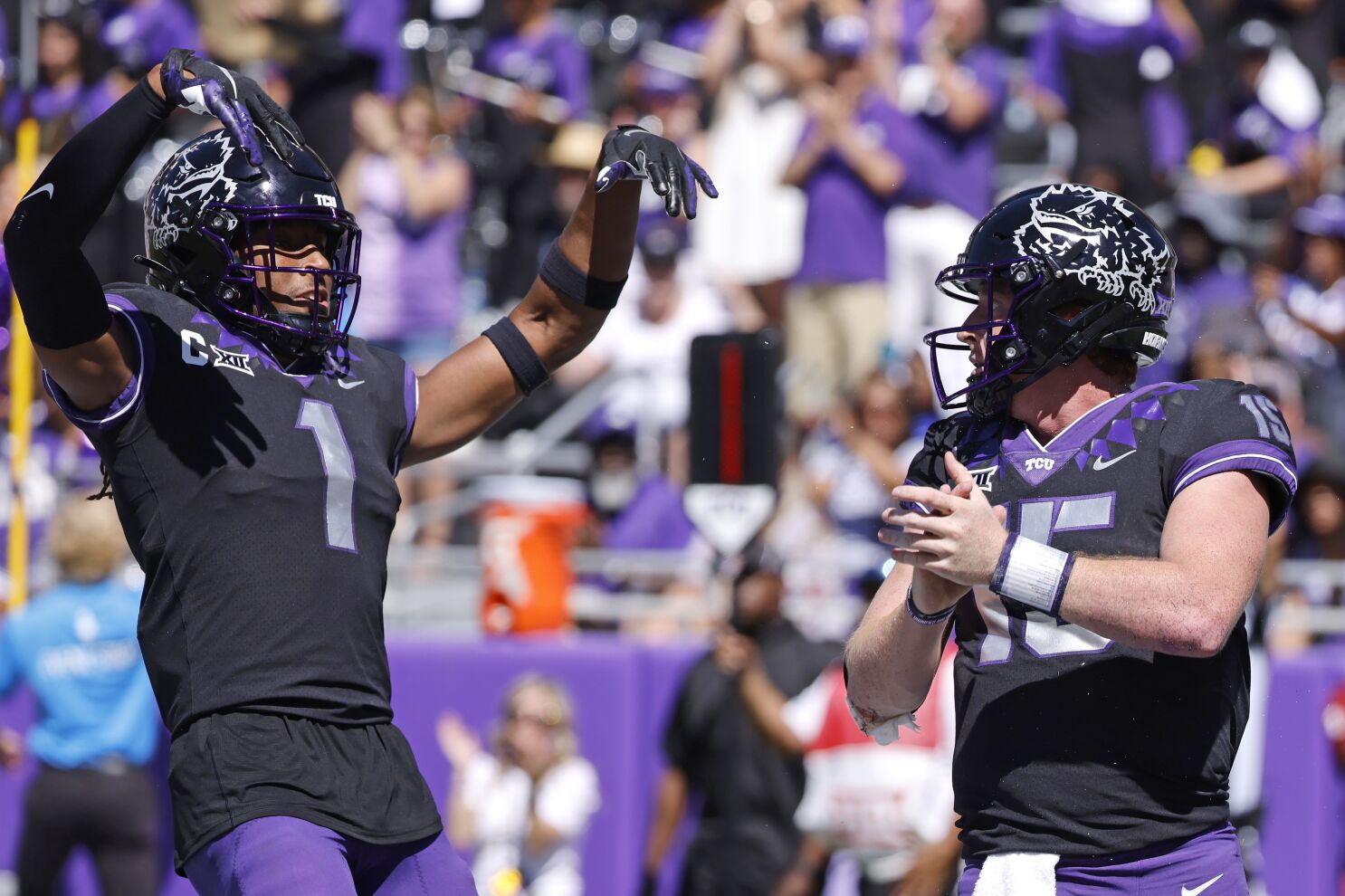 Tulane was down to third-string quarterback Kai Horton, against one of the favorites of the American Conference. Head coach Willie Fritz took advantage of every chance he had. Watching this game it was clear that Houston was the better team but the Green Wave refused to go away. Fritz outcoached Holgorsen in all phases of the game, as Tulane advances to 4-1.

If you don’t have UCLA in your top 25 then you don’t deserve to rank teams. The scoreboard doesn’t show how much the Bruins controlled this game in the second half. Dorian Thompson-Robinson was spectacular as usual, and Zach Charbonnet is the perfect compliment on the ground. Beware of the Bruins in the PAC.

What a start to the Sonny Dykes era at TCU as they advance to 4-0. Max Duggan and the Horned Frogs absolutely throttled Oklahoma and put the entire Big 12 on notice. Next week will be interesting when the Frogs go to Lawrence, Kansas to take on another surprise undefeated team in the Jayhawks.

Is Clemson Back? Let’s face it, they never left. The Clemson defense is suffocating and made the Wolfpack earn everything on Saturday in Death Valley. After this win, the Tigers reminded the College Football world who they are. Dabo and Co. are looking to contend for the national championship again.

You have to be disappointed if you are a Houston fan. After the Friday night conference loss to Tulane, Houston falls to 2-3 and looks far from what they were supposed to be coming into this year. The Cougars were unable to put away the Green Wave at home which adds another disappointing loss to its resume. This was supposed to be the year that the Dana Holgorsen hiring was going to pay off, but unfortunately, the Cougars have too many issues that they have to figure out.

The Huskies allowed Ball State to erase a 21-point halftime deficit and then win in an overtime thriller. Northern Illinois doesn’t have that same spark after Rocky Lombardi was injured against Vanderbilt, but there is no excuse to lose after a 21-point head start. Northern Illinois went from MAC contender to the bottom of the barrel. If Thomas Hammock doesn’t right the ship, he could wind up on the hot seat before the season is over.

Well, this was unexpected. It wouldn’t be that crazy to say Oklahoma gets upset by TCU, but to have their doors blown off is another thing altogether. Sonny Dyke’s offense was scoring at will against the Sooners. Oklahoma has some serious issues on defense, and the Big 12 looks like a bigger crapshoot than ever.

Jalen Nailor and Kenneth Walker moved onto the NFL, and this Michigan State this offense looks out of sync in their absence. It was good to see Jayden Reed was back to looking like his normal self, but he is going to need some help. The Maryland Terrapins shut out Sparty in the second half on their way to a 27-13 victory. To be fair, Maryland has a knack for playing up to their competition, but the Spartans need to figure out their problems on offense and in their struggling secondary.