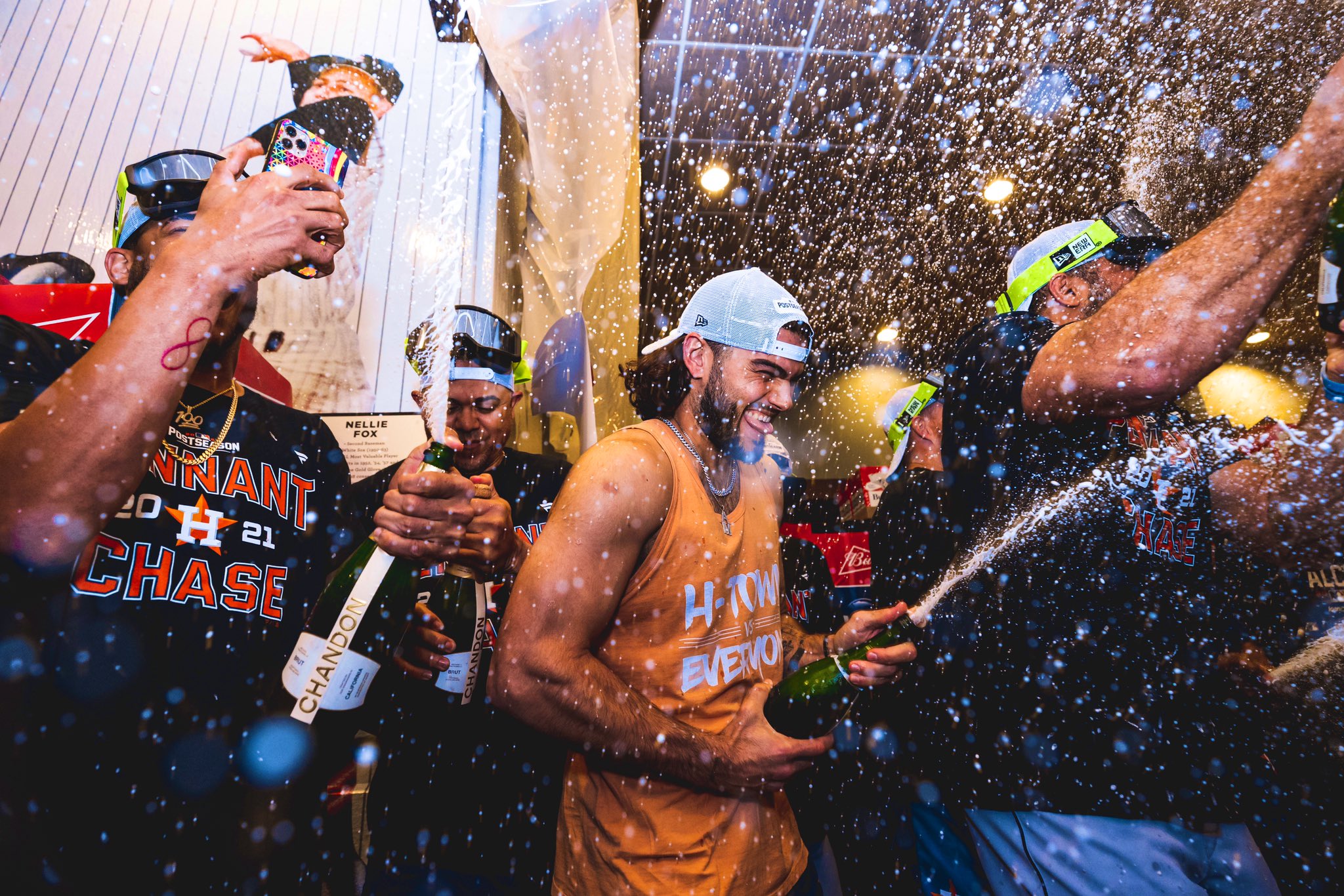 @Astros with the photograph – 2021 ALDS celebration

Over the last seven years, the Astros and the fanbase have been entertained with trade deadline “fuck you” moves that shake the market. This year it was no different, stay with me for a second. Yes, getting Trey Mancini and Christian Vazquez were chess moves to shore up depth at positions down the stretch but the fuck you move was not a move that sent prospects somewhere else for a return. Lance McCullers Jr. returning from an injury that occurred in last years ALDS to this 2022 team was the “Fuck You” move that the national pundits wont talk about.

Almost 12 months to the day, we saw the young Ace step up when called on. Verlander on the shelf, Cole in pinstripes, Charlie in Atlanta, Dallas in Chicago it was time for the young wolf to lead the pack.

Fast forward to 2022, you have a pitching staff that might be the deepest of the Golden Age and the return of last years ace who will be trotted out as the #3 starter in this years post season rotation. That’s an absolute bananas statement when you say it out loud. The numbers don’t lie on the return of LMJ, he is currently sitting at a 4-2 record with a 2.27 ERA with 50 punchies over 47.2 IP. Each start over the last two months we have seen different starts that were dominated by different pitches. We have seen Lance step on the gas with heavy sinkers on the hands, lay off the throttle with changeups down and then a wipeout slider that has the shape and tilt that will give batters nightmares. Last night was no different in his final regular season start.

What is the point of Fuck You Money if you don’t say Fuck You.