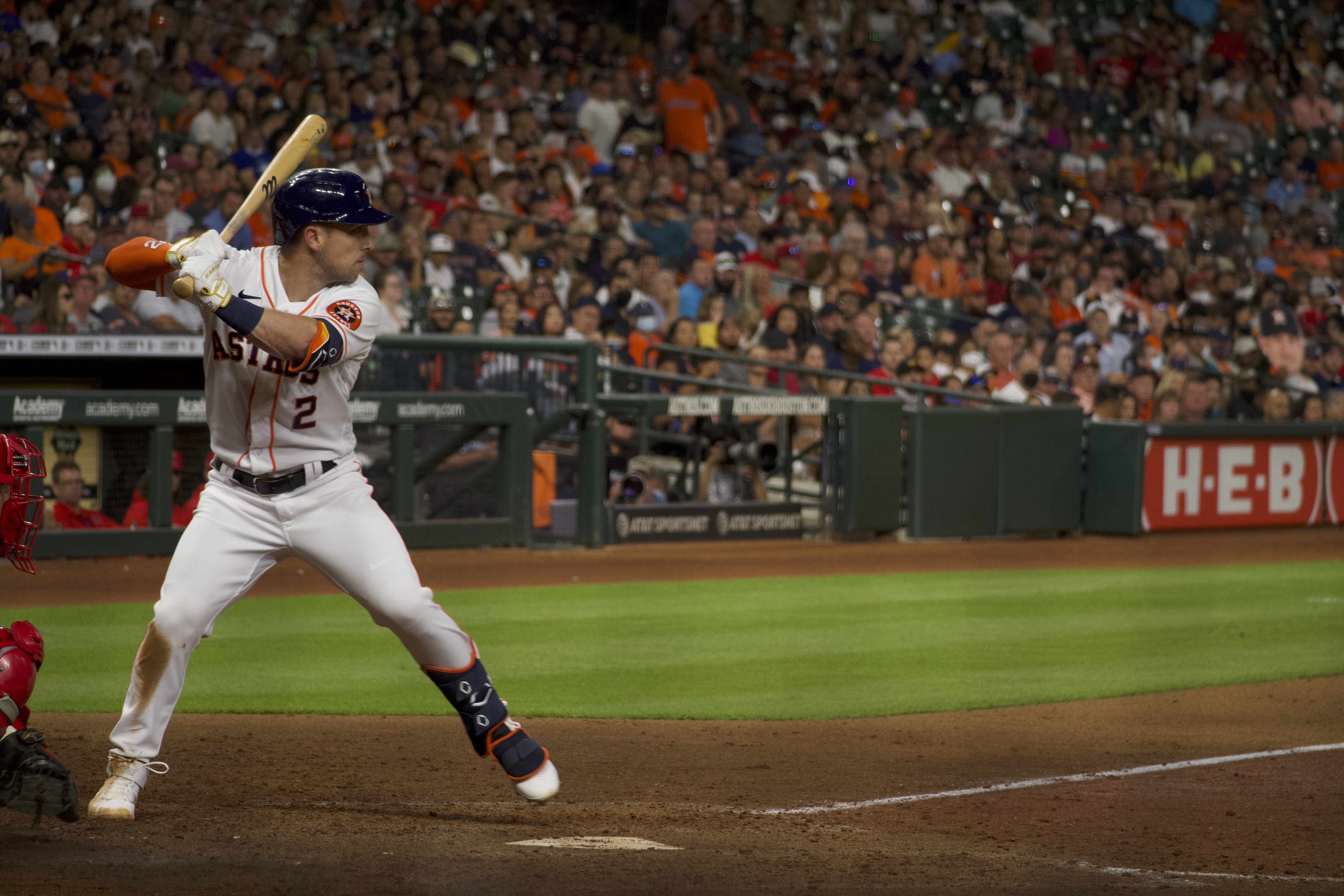 The Houston Astros have advanced to their fourth World Series appearance in six seasons, and the team seems to be firing on all cylinders. That includes their star third baseman, Alex Bregman, as he looks to be his normal, confident self that we all saw from 2017-2019. After two series it is apparent that Alex Bregman is so back.

How about those stats for the first seven games of the postseason? Incredibly consistent, and some of the most timely and clutch hits in both series. Bregman ended up hitting the single that drove in the winning run in the seventh inning of the final game in the ALCS.

For the most part, every time he makes contact with a pitch, it ends up being a hard hit ball. Not all of them have fallen for hits, but the contact is solid, and later in games they end up being solid, and timely hits.

October baseball is all about having strong pitching, and timely hitting. When your captain, Jose Altuve, and generational hitter, Yordan Alvarez, aren’t having the best of series, you’ve just got to rely on someone that has yet to play a full MLB season without being in at least the ALCS.

Alex Bregman and Jeremy Peña have both been impeccable so far, and it’s only a matter of time before the rest of the lineup starts to really cook. The confidence this team appears to have is on a completely different level than any other Astros team during the Golden Age.

The Astros start their journey towards a second World Series title against the Philadelphia Phillies this Friday. It’s incredibly obvious that Alex Bregman is so back, and ready to win it all again.