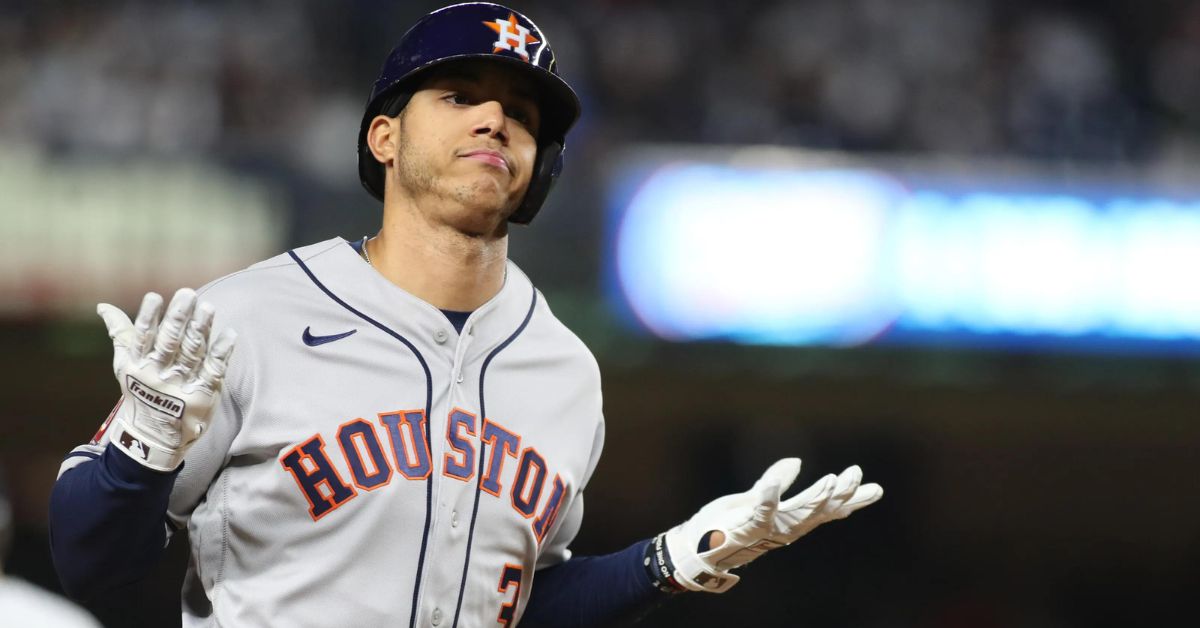 Jeremy Pena. The kid does it again.

Jeremy Pena, The Prince who was promised, the first of his name, the ALCS MVP, the masher of breaking balls, the golden glove from the house of Maine by way of the island of the Dominican Republic. In the biggest game of his career, Jeremy Pena once again stepped up and showed out.

The glove is golden but the bat is shining in October. Trailing 3-0 early in game 4, in dug the MVP and no, I am not talking about Aaron Judge. Pena worked a 3-1 count against Cortes, who was ailing and pulled minutes later with a left groin, by spitting on pitches out of the zone and even flashing a little bunt. He got a green light and sent a ball deep into the New York night. Setting the Astros up to win their 4th pennant in the last 6 years. The kid is already a legend forever and he’s just a rookie.

THE KID IS THE ALCS MVP. WHAT A MOMENT. BUY THE MOMENT.

Jeremy Pena “WE HAVE” Shirt

JP3 “The Future Is Now” Shirt