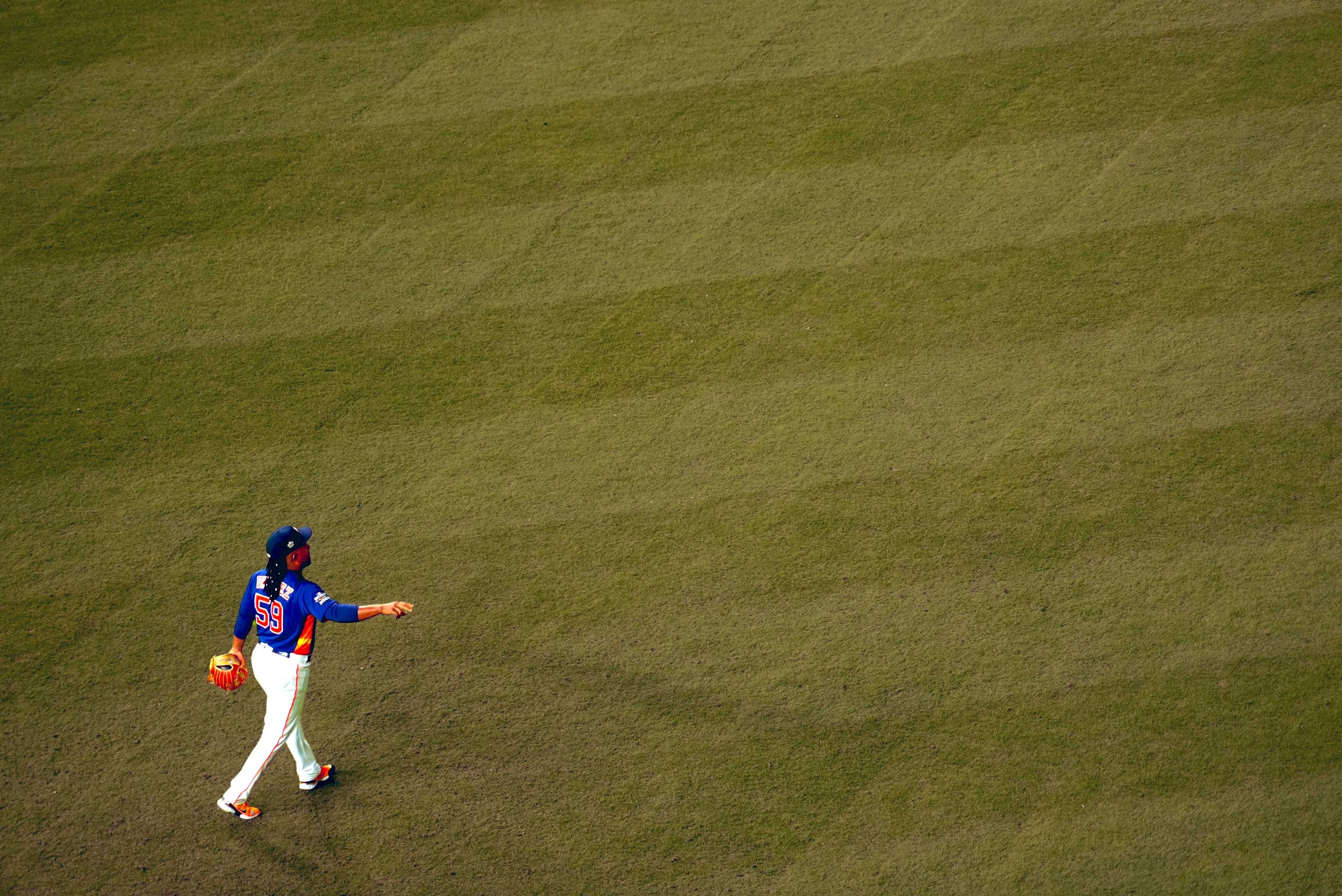 Framber Valdez’s first inning had him working fairly hard throwing over 20 pitches in the frame, but he escaped unscathed and let the bats go to work. The Astros first three batters did something that’s never been done before in World Series history.

The first three batters each recorded an extra base hit to lead off the game. Jose Altuve ripped a first pitch fastball down the third base line, and had Minute Maid Park rocking. Jeremy Peña then did the exact same thing to bring in Altuve. Then, the best hitter in baseball, Yordan Alvarez, lifted a double off the Crawford Boxes.

The Astros held a 3-0 lead after a throwing error that led to Yordan scampering home from third base. The Astros came out swinging like Rocky after getting knocked down quite a few times. The fight wasn’t over just yet.

Staff Ace Framber Valdez did all the right things tonight to keep the Phillies inside the ballpark. He threw six and a third innings of solid ball, and only gave up one run. It was exactly what Houston needed to keep their confidence headed into the raucous crowds of Philadelphia.

Naturally it’s only right that Alex Bregman added an exclamation point homer to extend the lead later in the game.

You and I are all Bregnant.

There was a moment where I seriously considered throwing up all over the place in teh eighth inning. The Phillies were kept at bay by Rafael Montero, and he is a DAWG. Ryan Pressly entered in the ninth inning, and got the remaining three outs relatively stress free.

The Astros head to Philadelphia with the series tied. Job’s not finished.