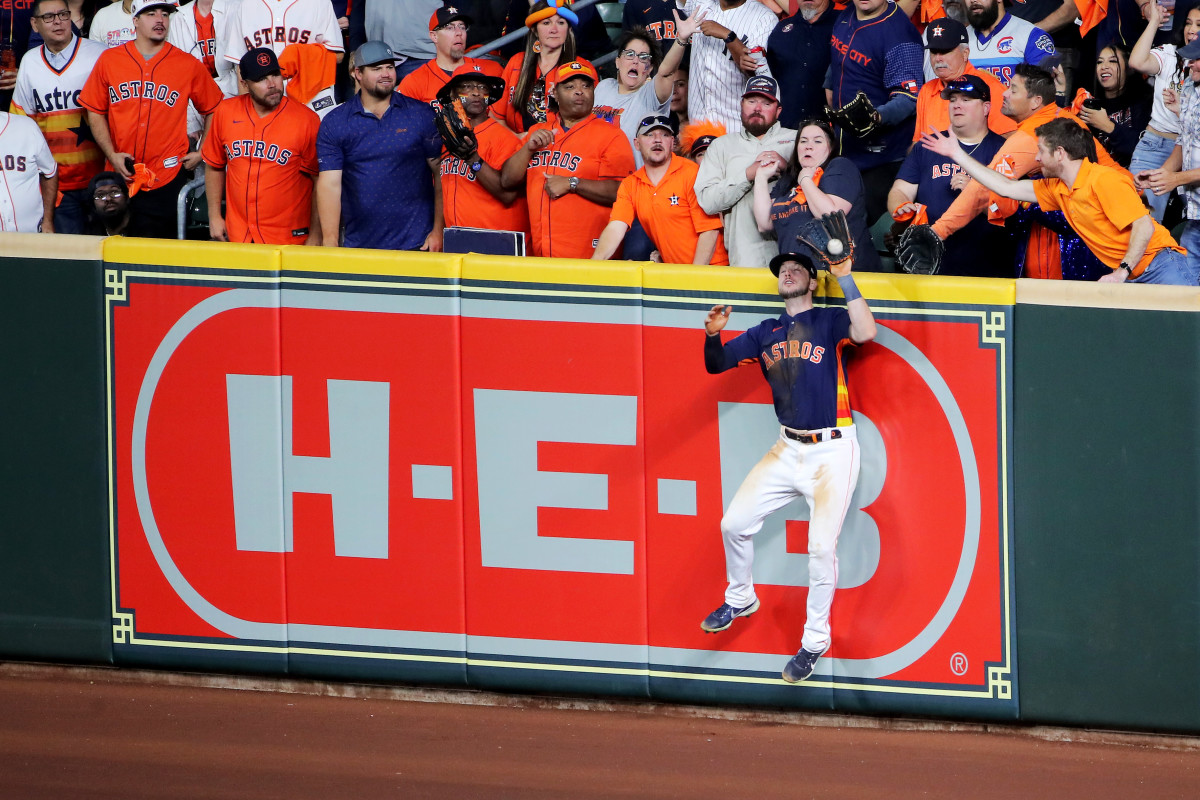 Kyle Tucker is your 2022 RF Gold Glove winner!! After being a finalist for the last two years, Kyle Tucker finally kicked down that door. A year where Tucker hit 30 boombahs and flirted with 30 stolen bags, Kyle Tucker shined in RF for your American League champions. We talked to Tucker this off-season on Beyond The Diamond and we talked about how he was the most underrated superstar in the league. Fast forward 11 months, well we have a Golden Glove RF and a potential World Series MVP if he keeps the offense up for another week, but for now the KING DRIPS GOLD.
His Defensive Runs Saved above average was best in the AL at 13. 4th best in MLB. Kyle played a staggering 1,276.1 innings – most in American League in right field. 2nd in MLB only to Juan Soto. Tucker logged only 3 errors in 298 chances with a .990 fielding percentage. It doesn’t get much better than that, kid.