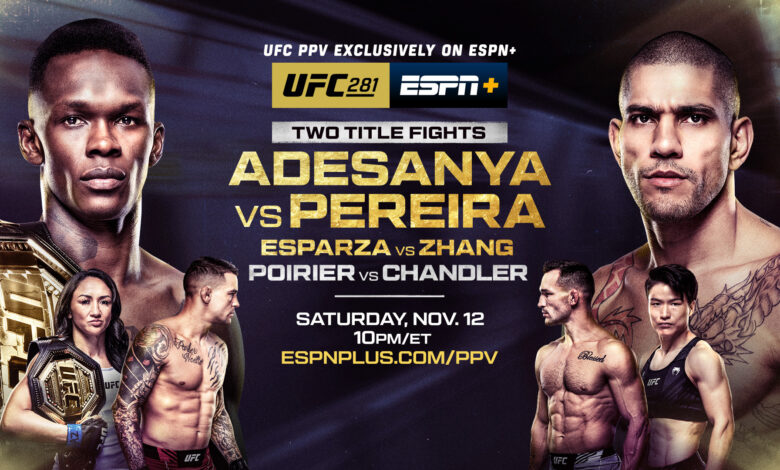 We are all set for one of the biggest cards of the year as Israel Adesanya and Alex Pereira meet on Saturday in Madison Square Garden for the UFC Middleweight Title. There is no shortage of action to bet on but I’ll give you the four fights I am looking at when the athletes take the Octagon in New York City.

This fight was originally scheduled for UFC 257 all the way back in January of 2021. The fight was canceled in one of the wildest stories I’ve seen in a sport of absolutely insane stories after breaking health and safety protocols. Seriously, you need to read about it. Azaitar hasn’t fought since September of 2020 because of the incident. Meanwhile, Frevola has fought three times going 1-2. Azaitar packs a powerful punch but I think he’ll be experiencing a bit of ring rust. Frevola may have to survive an early barrage but I think the extraordinarily tough New Yorker will outlast Ottman Azaitar and secure the win.

Erin Blanchfield to Win By Submission +350 vs. Molly McCann

It pains me to type this up but I really expect Erin Blanchfield to take Meatball Molly down in this one before locking up a submission on the Liverpool Legend. If Molly can keep this on the feat, she has a chance but Blanchfield’s grappling game is very tough. McCann will likely fight off the first couple of takedown attempts but as the fight wears on it will be tough for her to stay on her feet. The value of Blanchfield to win by sub +350 is good here and while I don’t expect Molly McCann to tap – a technical submission still counts as a submission in the eyes of Vegas.

Dustin Poirier vs. Michael Chandler To Go The Distance +175

In what is my sure fire pick for Fight of the Night Vegas thinks there is likely to be a finish. In my opinion, this being a three-round fight works against that prediction. These two will undoubtedly trade bombs early and often but both are incredibly tough and I think against the odds they will survive to the end. Dustin Poirier is the favorite and I also like him +300 to win by decision but I’m going with the prop here just to mix things up.

Zhang Weili to Win By KO/TKO/DQ +120 vs. Carla Esparza

Carla Esparza surprised some folks when she defeated Rose Namajunas to earn back the UFC Strawweight Title but I don’t think she’ll be able to hold onto it against Zhang here. Carla will be shooting for takedowns early and often but I think Zhang will pressure Esparaza and eventually end up on top after a failed takedown attempt. From there, I expect ground-and-pound from Zhang Weili to finish the fight and out the former champ back on top with a TKO victory.

There are a ton of incredible fights to pick from and I didn’t even dive into the main event. Be sure to let me know which fight you are most excited about!