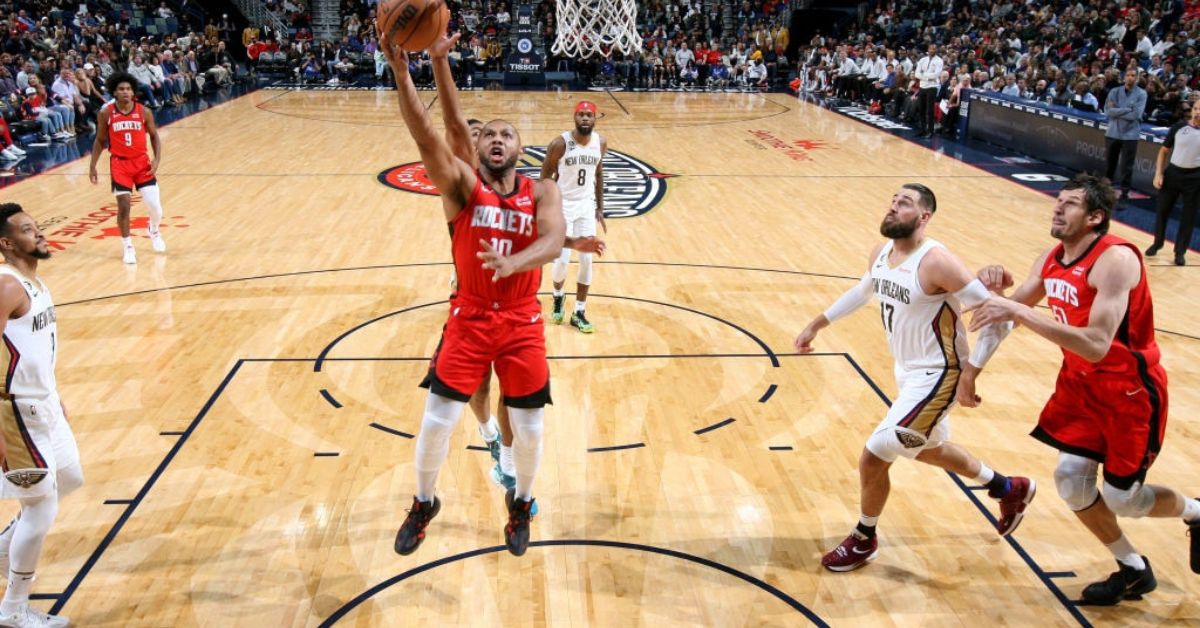 “Just when I thought I was out, they pull me back in.” This is pretty much how I have felt for most of the games this season so far. Rockets vs Pelicans was no different. Rockets start down, climb back, but take an L. The Houston Rockets lose to The New Orleans Pelicans 106-119. The game was a lot closer than the final score suggests, but turnovers, terrible execution, and more turnovers led to another loss and a cellar dwelling 2-11 record.

The Rockets were down by as much as 18 in the 3rd quarter but this team always has the uncanny ability to get off the mat and continue fighting. Spearheaded by Jalen Green going GOD MODE and scoring 15 pts in the 3rd, as well as back to back to back dunks by KJ Martin. They not only came back but actually took the lead going into the 4th.

With 10 minutes remaining in the game, the Rockets rode an unstoppable wave of momentum and took their biggest lead of the game at 8 points. Then right on cue, the Pelicans would outscore the Rockets 32-11 for the rest of the game. You can blame the fact that there were 3 boneheaded turnovers in a row in the 4th quarter, or the fact that this team just flat out can’t execute on both ends of the court when the game gets nip and tuck (the score was tied at 106-106 with 2:58 in the 4th). But games like Rockets vs Pelicans are the games that sting. When you know you had the game ripe for the picking, but realize you’re in a house of horrors where execution becomes the bane of your existence.

The Houston Rockets are a team that is much better than their current record suggests at 2-11. Jalen Green continues to show why he was a top pick (33 pts, 6 ast, 55% shooting from the field). Yet the team continues to make crucial mistakes down the stretch of close games, and in turn have now let 4 games this season slip through their fingers.

Follow @ApolloNBA on Twitter to keep up with all of Apollo Media’s NBA coverage. Also be sure to listen to our official NBA podcast – Summit State of Mind – wherever you get your podcasts. Follow the show on Twitter @SummitSOMpod

In this article:Houston Rockets, NBA