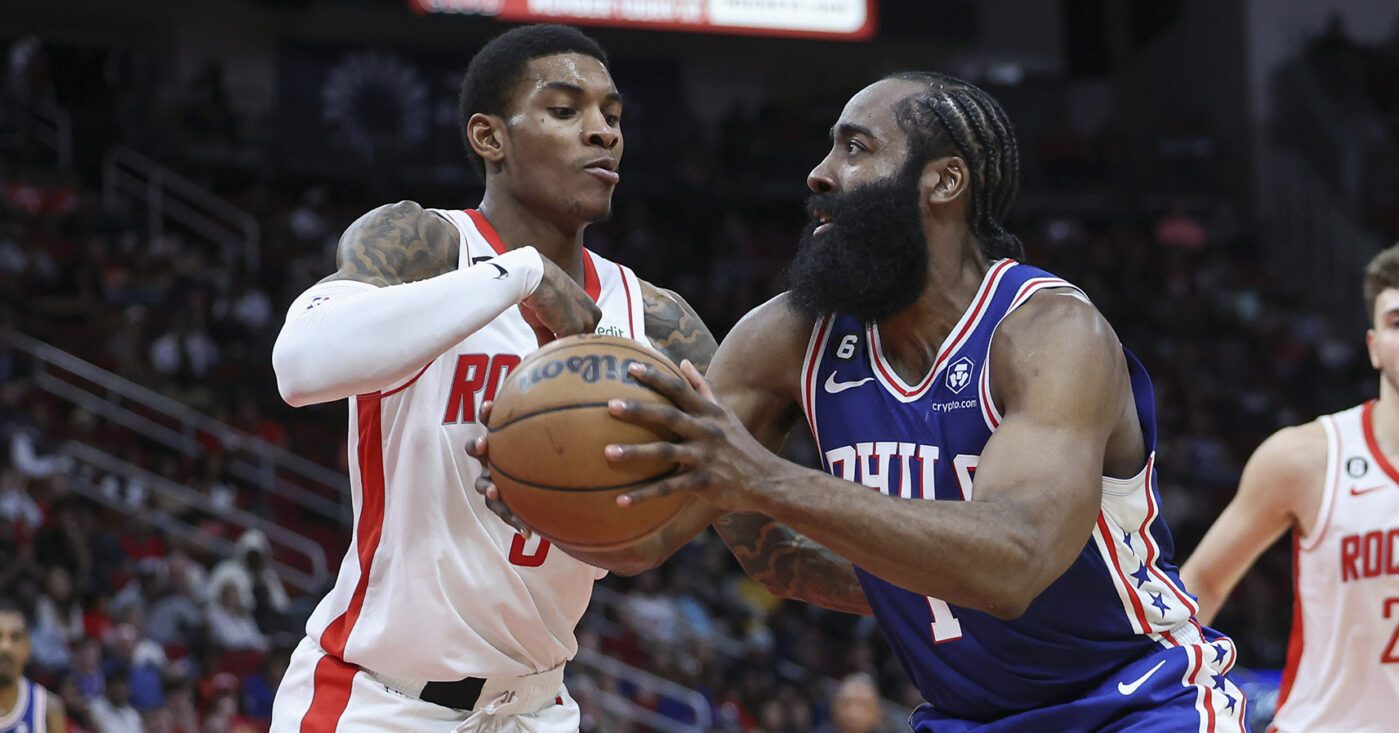 These young Houston Rockets are growing right in front of our eyes. The Rockets have won 3 straight home games, they’re 4-3 in their last 7, and have picked up wins against 3 playoff-caliber teams over the past couple of weeks. It’s all very impressive for a team that looked hopeless weeks ago. Last night when the game was an absolute roller coaster of emotion, these Rockets decided to keep us all on our heels til the last moments and grab that victory from the formidable Philadelphia 76ers and former Rocket, James Harden. The Rockets had all of the motivation in the world due to Harden’s return and picked up a double-OT win over the contenders. The one thing I’ve seen with this team is that they always come ready to play in big games, and this game was no different.

This victory is momentous and represents everything Rockets fans have wanted from this team. We saw Houston go head to head against a top team in the East, a two-headed monster in James Harden and Joel Embiid, and a team chock-full of former Rockets. This young Rockets team never let their heads get down and just kept fighting through the ups and downs. Even in multiple overtimes, the Rockets showed that they could stick with the best and beat the best on a good night! We may start seeing this “culture” Rockets fans have yearned for from Silas and his regime. The last two weeks have certainly been progressing toward that.

In terms of play, the backcourt of Jalen Green and Kevin Porter Jr produced tonight to some fine tunes of clutch shots and clutch defense. Jalen Green had himself a productive evening; despite going 0/7 from 3 last night, he finished with 27 points, 4 rebounds, 7 assists, and 1 steal. It was an evening where Jalen had most of his arsenal, even with his outside shooting struggles. He made quick decisions in driving to the rim, but also made some patient, mature decisions as well. Sometimes he would reset, drive, and find an open big at the rim for a finish or a foul. This game was another masterpiece for the beginning of his career.

For KPJ, despite his suspect play-making at certain points, he had himself a good and impactful game overall. He finished with 24 points, 6 rebounds, and 3 assists, but his most impressive stat was his 4/8 shooting from the 3-point line. When we don’t count stats, though, the most impressive part of KPJ’s game tonight was his defense. Tonight, he decided to pick up the challenge of guarding James Harden and he certainly succeeded. Harden finished 4/19 from the field tonight and 2 of the biggest misses came with KPJ guarding him. These are the games where we see the full potential out there and why many Rockets fans are so enthusiastic about the future with KPJ as a Rocket. This game was one of those. Kevin Porter Jr. showed so much of his defensive potential, but we’ll definitely need this out of him a lot more often for the team to win games.

Bari and Tari: Legion of Stops

We got to give shout-outs to the best of the rest. First of all, what a finish to the game for Jabari Smith Jr. He may have started slow, but his impact was made in the 4th quarter and in both OTs. His stat line may look a tad underwhelming compared to the guards, but his 16 points, 11 rebounds, and 50% shooting from 3 were all felt! When you include his defensive presence as well, especially when Alperen Sengun fouled out, this guy was everywhere. His intensity and defensive awareness are something the Rockets severely lacked last season and his addition is something that was sorely needed. Tari Eason definitely deserves a shout-out for his energetic play. His 3 steals, his active hands, and his overall defensive play were a sight the Rockets definitely needed for this game. Although he didn’t finish the game, he made an impact in his 20 minutes on the court and I do anticipate him to get more minutes moving forward. My only complaint here is that I wanted him on the court during closing time but that’s just a small critique of an overall impressive Rockets win that was amazing to watch.

This team has shown some grit and toughness these past couple of weeks and this game was no different. This team had a formidable opponent in the 76ers and they were able to dig deep to grab the Rockets win. Impressive for sure, but we’ll have to wait and see if this momentum can carry over to the game Thursday against the Spurs. However, for now, let’s bask in the glory of this victory and enjoy the next couple of days off!