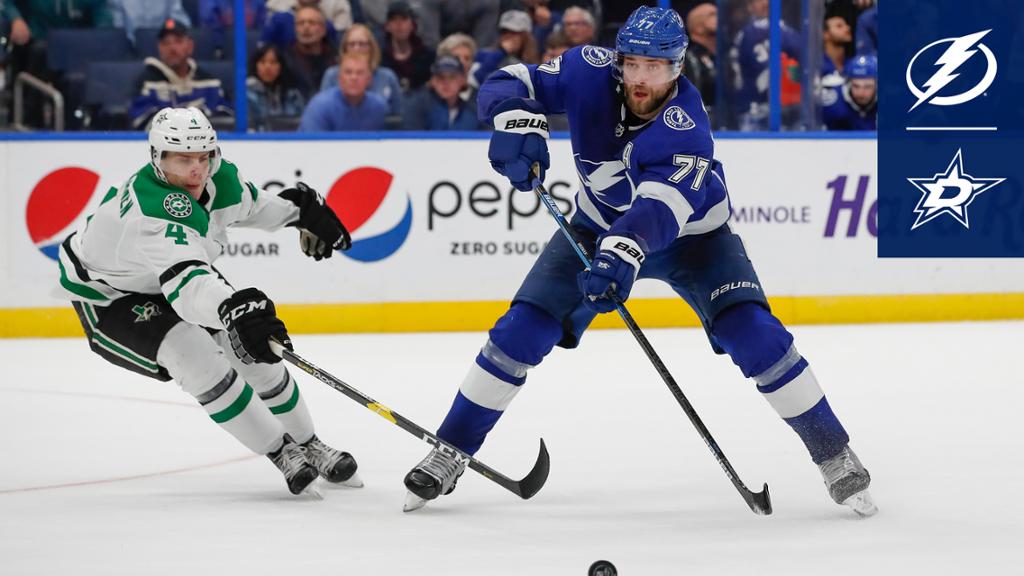 The Stars had nearly infinite chances at the net to put this game away since they didn’t have to face Andrei Vasilevskiy in between the goal posts for Tampa. While Tampa doesn’t look as powerful and unstoppable as they have in the last few years, they’re still a top tier team and can beat any team in the league with ease.

This statement is consistent throughout the last three years of watching hockey. Tampa is inevitable, and they are typically going to rip your soul out while doing it.

One thing Tuesday night was not lacking was goals. The final score ended 5-4 with Tampa taking home the OT winner at home. Mason Marchment got on the scoresheet first for the Stars with this beautiful tip from a marvelous snipe from Jason Robertson. The Stars power play this season has been exceptional thus far, and Tuesday was no different after they were 2/2 on the PP.

The teams were tied at one after the first period, but it didn’t take long for me to tweet this out shortly after the second period began.

Tampa just won’t leave me alone, even if it is only two game a season between them and the Stars.

Joe Pavelski is now only one power play goal away from tying Mike Modano for career power play goals. That’s something that my head still hasn’t wrapped around just yet.

Jason Robertson continues to do Robo things and put the puck in the back of the net. The Stars locking him up for the foreseeable future was one of the best decisions they made just before the season started. He’s on pace for a bajillion goals this season, look it up.

The last good thing that happened was Radek Faksa’s shorthanded goal on a complete brain fart from the Tampa power play unit. Dallas was down a goal with time slowly running out, and a gift was given for more life.

Overtime happened, and the Stars lost the game, but at least we’ll have this crazy stat.

The Dallas Stars lose in heartbreaking fashion Tuesday night, but are back in action Thursday agains the Florida Panthers.