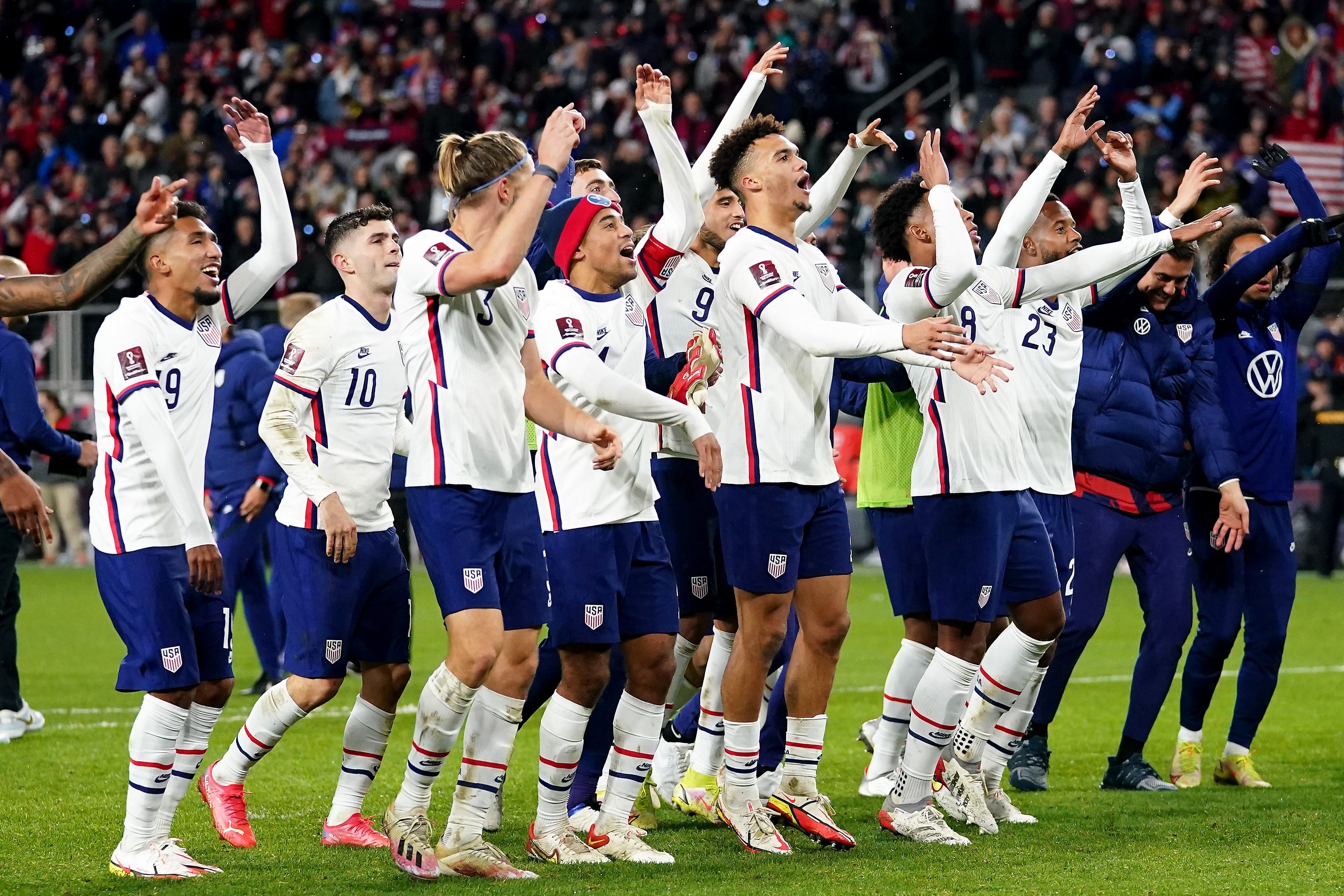 For the first time in eight years, the U.S. Men’s National Team is back on the international stage at the World Cup.

Like Ted Lasso said when he points at the big yellow sign inside the AFC Richmond locker room…BELIEVE! As Team USA steps inside Almad Bin Ali Stadium to play its first World Cup game in 8 years, they should believe that they will win this game.

Although, England is heavily favored to win Group B, U.S.A. have to be the second favored team to advance into the knockout stage. This game will be important to both teams to at least grab one point coming out of this game. Both teams are dependent on their stars, Christian Pulisic for the U.S. and Gareth Bale for Wales, so look for both teams to lean on those guys for a moment or two of brilliance to push through for a victory.

For Wales, it has been over 60 years since they have played in the World Cup, so I do have an expectation that the U.S. will get Wales’ best effort out on the pitch tomorrow. However, I do have confidence that the U.S. can come out of this game with the necessary three points to help them push their quest to the knock out stage.

I do expect a hard fought match up between both teams and everyone will be extremely fired up to try and score early to gain momentum for their side. For the US, I expect Gregg Burhalter to deploy his 4-3-3 formation and for Wales, my expectation for Rob Page is that he goes with the 5-2-3 formation.

With the U.S., they want to play with a lot of possession and passing on the back half of the field. Due to this, i expect the U.S. to attack after they lull defenders to sleep and get them to play out of position. It’s imperative that they play precise because they tend to try to attack over the top, and with any mistakes, Wales will be prepared to counter attack. Wales doesn’t have the strongest back half so I can see opportunities presented for Pulisic, Josh Sargent, and Gio Reyna (if he starts) going forward during this game

For Wales, I think it’s important that they stay in position and be disciplined on their back half to not allow the U.S. to attack comfortably. Time of possession isn’t a strength for Wales so I see them try to counter attack quickly, like a Floyd Mayweather knockout blow, to grab quick goals against the U.S. If they have the patient and precision to pounce on those open opportunities, I can see Wales grabbing a goal when the US is on their heels.

Players to Watch out for

Pulisic is the best United States player and with his experience in the Premier League with Chelsea, and he certainly has the experience against some of the world’s best. Despite the fact his playing time has been sporadic, I feel the experience, on this level of competition, will be extremely crucial for him and the U.S. team to succeed. I expect to see him get the ball on the wing and try his best to create for strikers like Josh Sargent, Gio Reyna, Brenden Aaronsen, or Timothy Weah. That all depends on who starts alongside him in the front three. If Pulisic is presented with opportunities at goal, that’s where he shines at his best as he has a knack for scoring when the US needs it.

James, in my eyes, is a wild card. Freshly off a loan to Fulham, in the Premier League, he’s been working primarily as a sub for them. As a member that will be leading the front charge, next to Gareth Bale, he will be the guy that could capitalize off opportunities to either score or pass out wide to Bale. Since Bale is an athletic 6’5″ striker, I can see James using his creativity to create opportunities to get Bale in position to score. It’ll be his speed that he depends on to get these opportunities since he’s arguably going to the be the quickest player out there tomorrow. It’ll be something to watch as the match marches towards the end and fatigue begins to set in.

As a semi casual fan of the sport, maybe my expectations are high in terms of score. However I do see opportunities being presented, on both sides, for teams to score and be advantageous with opportunities on the attacking sides.

Look for Pulisic to assist or have a goal and when the game slows down, Weston Mckinnie can have an impact from the midfield. Bale will definitely have imprints in this game and I do expect him to have at least a couple of shots on goal, despite him not being the most fit. He’s still Garett Bale and has certainly garnered that respect to perform when it matters for his country. This game is gonna be a madhouse and I’m hoping to see a ton of fireworks. Anyways see you all tomorrow so there’s one last thing to say…LET’S GO USA!!!