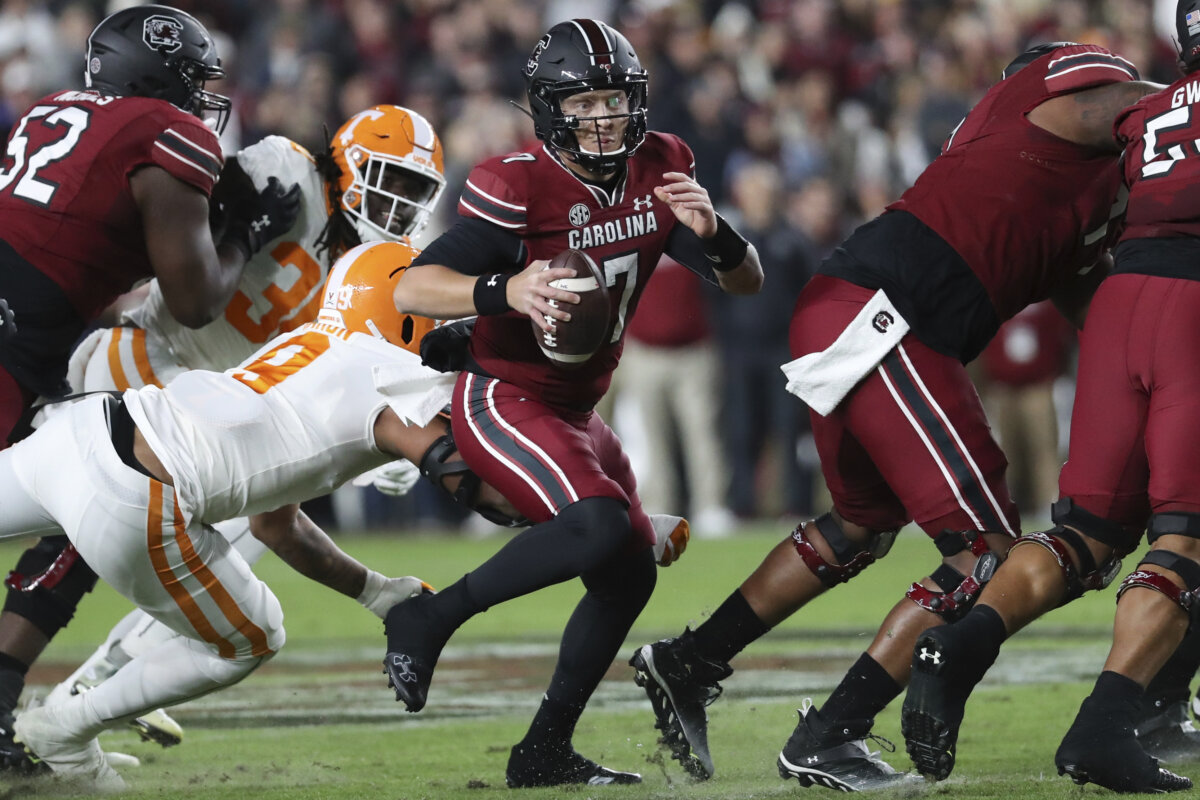 Lane Kiffin’s squad is the first in the FBS to rush over 450 yards in a game and lose. The Rebels accounted for over 700 yards of total offense in a 42-27 loss to Arkansas. The score makes it look closer than what it actually was, with the Razorbacks going into the fourth quarter with a 42-6 lead. Did their defensive woes finally catch up to them, or were the Lane Kiffin to Auburn rumors a distraction to the locker room? Whatever it is, they need to figure it out because the Egg Bowl is coming up this Thursday.

Oh how quickly things can turn. Tennessee’s return to the mountain top was short lived, as they suffered a terrible loss to the South Carolina Gamecocks. There is no question the Volunteer offense is fantastic, but the defense has held them back from being in that upper echelon of College Football. To be considered “Elite” you need to have a complete team, and the Volunteer’s were exposed on the defensive side of the ball. Better luck next year.

It’s one thing to not have a quality win, its another to not even play quality opponents while you drop your second game of the year. Georgia Tech’s football program has been a dumpster fire in 2022. Although there was a bit of a spark after the firing of Geoff Collins, they shouldn’t be in the game against a team that is ranked 13th in the nation. Georgia Tech did a great job not giving up the big play, and forcing the Tar Heels to drive the field and earn every score. Drake Maye and company had almost the entire fourth quarter to take the lead, but couldn’t convert in the redzone. Mack Brown’s team needs to regroup, because they have their in state rival NC State next week.