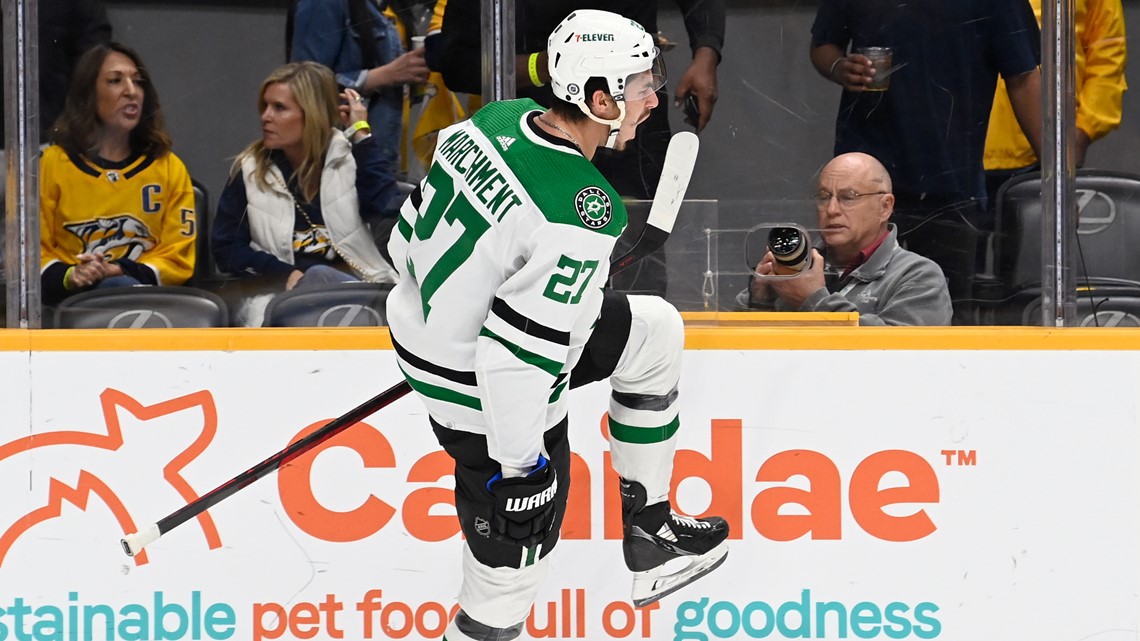 The Dallas Stars mount a massive comeback against the Chicago Blackhawks on Thanksgiving Eve.

Listen, the Chicago Blackhawks still have some great players, and were completely outplaying the Dallas Stars through nearly 50 minutes of game time. They had a 4-1 lead on the road after Max Domi put the dagger in the back of the net.

My second period analysis was that the Stars should put more pucks on net, and buddy, did they ever listen to my advice.

After the Stars lost their first game of the home stand against Colorado, this looked like a bad way to keep the streak going. There was 10:15 left on the clock and there was little hope, until Jamie Benn put the second goal in the net for the Stars.

Cool, calm, collected. That’s what the captain is to this team as he started a flurry of goals in an incredibly short amount of time.

Mason Marchment is handsome, and also a great addition to this team. He’s paired up well with many teammates, and is able to create his own shot. About three and a half minutes after Benn’s goal, Mush got a great set up from Tyler Seguin and started to flip the momentum.

The Blackhawks still had some momentum, but all it took to fully flip the switch was 14 more seconds. Ty Dellandrea blew the roof off of the American Airlines Center with his game tying goal.

With just under six minutes left in the game, the Stars had turned it upside down. There was still time for Chicago to score, but there was so much time for Dallas to get the game winner and send the crowd home happy.

There was plenty of action in the offensive zone, and a goal was scored, but the game went on. Radek Faksa had put one just past the goal line, but the referees didn’t catch it clearly. After a few seconds of celebrating, then continuing to play the game, the refs decided to take a look at Faksa’s game winner. It didn’t take long for the goal horn to go off.

Jason Robertson was not kept silent tonight as he scored two goals. He tied the franchise’s record for longest point streak currently at 13 games now, and also tied the franchise record for most goals in the first 20 games of the season. Robo is up to 31 points on the season, and puts himself in the top three in the NHL in that category.

It was a feast of goals the night before Thanksgiving as the Dallas Stars mount a massive comeback in the third period to defeat the Chicago Blackhawks. The Stars will face the Winnipeg Friday night for the last game of their home stand.