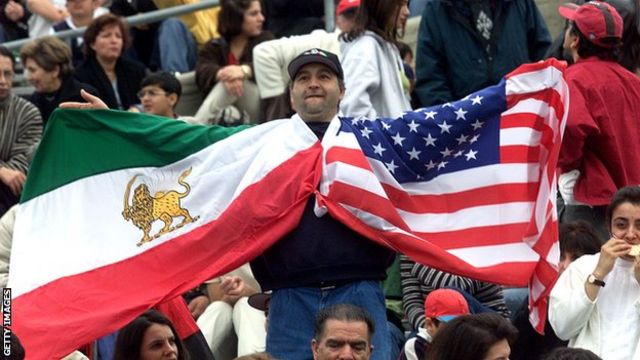 Team USA put up quite the effort against England last Friday in a draw and thus controls its destiny to get to the knockout stage.

Where to watch the game

USA vs Iran will take place at 1pm Central on Tuesday, November 29th. It will be on Fox, Telemundo Deportes, and on the Fox app with a subscription.

Group B finale comes with drama

Both teams come in here with a lot to prove in order to get to the next round. Iran defeated Wales 2-0 after Wales goalkeeper Wayne Hennessey was sent off with a red card.

This left Wales with 10 men and Iran was able to capitalize soon after. That victory firmly put them in the driver seat to get to the next round because if they draw with the US, they’re in.

For the US, it was a hotly contested bout against England that drew 20 million viewers and they left the fans fairly content. Despite the 0-0 draw, the US actually seemed to command the pace of the game as they ended with more opportunities at goal than England. To our shock, the US was actually the aggressor against England and they came out ready to play.

The game against Iran will be another contested one as getting out of this stage would be huge for either side. That being said, the US does have superior talent on their side but that also begs to question whether the US will play up to its potential. Unfortunately, as a young team, the US tends to play up or down to their level of competition.

When they played England, they played with a sense of urgency and aggression, however against Wales, the same thing can’t be said. Although the US held a lead after the 1st half, they seemed to play lackadaisically and disorganized in the 2nd half. This led to panic and an eventual equalizer from Wales. Against Iran, they’re facing a team that can play with an absolute patience that will counter-attack if need be. They succeeded in that against Wales and the US must be prepared for it. If they play with the aggression and precision that people believe they have, then winning this game is something that can rise from the horizon.

Players to watch out for

As he recovered from injury, before the World Cup, Dest has played his way back into form. He hasn’t played a full 90 minutes in the first two games, but has a chance to in this game. As a fullback that plays his best on the right side, it will be his job to move forward and aid Timothy Weah and whoever starts as the striker on the attack.

With his speed, it’ll be one on ones on both sides of the ball where Dest will thrive. When it comes to him going forward, he cannot be beat. Although crossing may not be his best trait, he can connect with guys in the box with his precise through passes or even get into the box for goal scoring opportunities as well.

On the defensive side, he can easily recover as his one on one defense is one of the brightest spots on this current team. I believe, with this skill set, he has the tools to thrive against the likes of Iran and that could potentially lead to a major breakthrough for the US.

A star in his own right for FC Porto in Europe, Taremi has gained a reputation for scoring goals but also having the playmaking ability to create for others. Standing at 6’2″, he is not as domineering as his numbers suggest but that doesn’t mean he can’t dominate. As the guy with both assists to the goals Iran scored against Wales, when he is on the move he’s extremely dangerous with the ball and the US defense will have their work cut out for them.

Tim Ream, Walker Zimmerman, or even Cameron Carter-Vickers (if he plays) will all have to be on high alert when Iran is on the counter. Taremi is a guy that could make this team pay for those mistakes and that could be the difference for Iran to advance out of the group stage.

When it comes to this game, you can never be sure but I’m very much hoping for an exciting game. We can’t have a draw for this game so you know the US has to play aggressively where Iran can essentially “park the bus” and just play to not lose and hope for a draw. Due to this being the styles of play, I’m going to have to ride with the US of A and quote Ted Lasso and say I “BELIEVE” that this team can win.

Result: US defeats Iran 2-1 in a narrow victory.