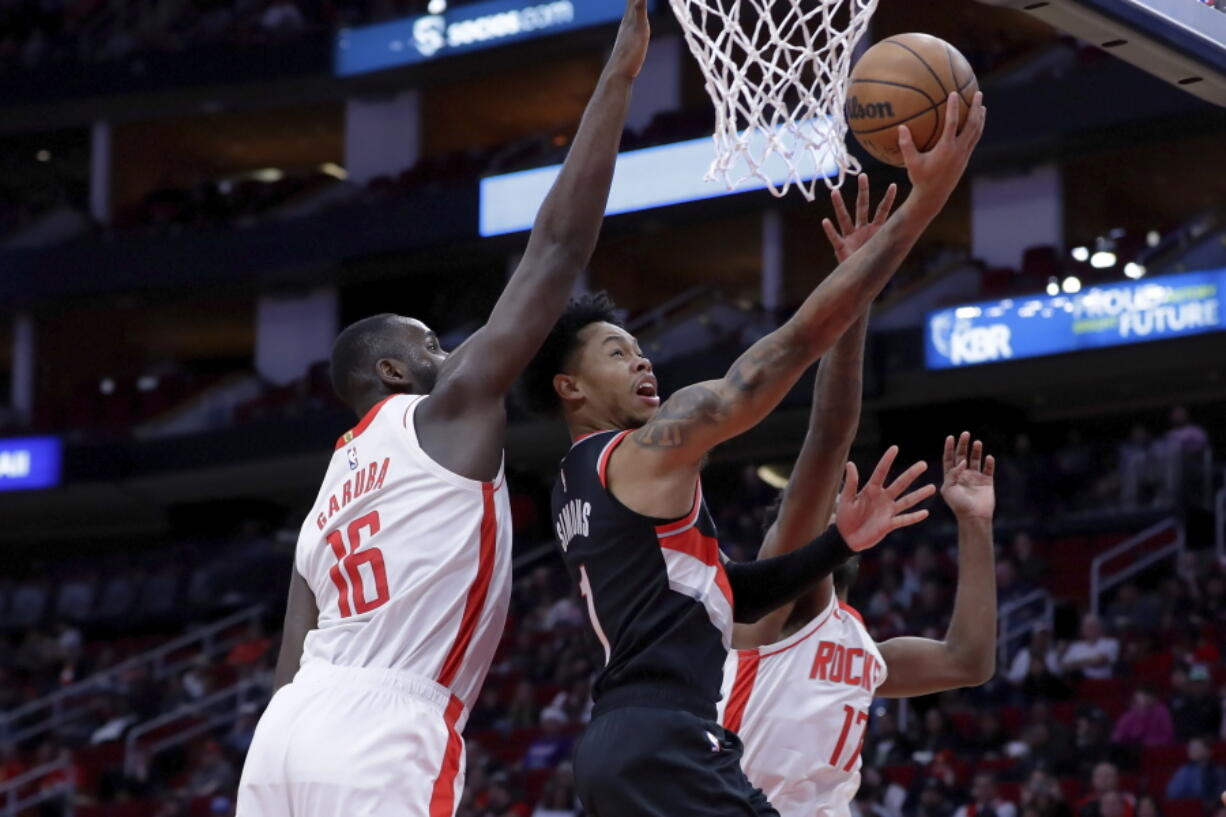 3/29 seems more like a date, than a statline, but the Rockets found a way to make March 29th a stat. Last night, the Rockets shot 3/29 from 3 point land which is a miserable 10.3% shooting. It felt like as though the Rockets couldn’t find the ocean when shooting the ball.

Last night was an absolutely brutal evening, on both ends of the court, for the Rockets. The Rockets defense gave up 57 points to the backcourt of Damian Lillard and Anfernee Simons as they could do no wrong against these Rockets, Lillard was a maestro in distributing, with 10 assists, as the Rockets had no answer to stop either men. If the Rockets are going to trend upwards, the team is going to need more consistency on the defensive end to stay competitive from whistle to whistle.

The Rockets shot an abysmal 10.3% from 3 point land. What were the numbers exactly though? The team shot 3/29 from 3. THREE FOR 29?! It was absolutely horrible and gave me shades of 0/27 in the infamous game 7 in 2018. This game obviously didn’t have the same sense of importance but the sinking feeling of hopelessness is something I am familiar with. The only guys to 3’s last night were the following guys: Eric Gordon, Tari Eason, and Daishen Nix. I know, I’m just as shocked to see Daishen Nix here as well. Jalen Green, Jabari Smith Jr, and KPJ all shot 0/16 from 3 last night. Jalen has hit an impasse, in his outside shooting, as he has continued to struggle from the outside but I believe it’s more so of an outlier than anything else.

TyTy Washington and Daishen Nix has been a subject amongst Rockets fans when it pertains to the backup point guard position. Daishen Nix, who has struggled this season, has been subject to a lot of criticism his struggles as the backup. Insert TyTy Washington who was recently called back up from the G League and, in my eyes, has thrived. However last night, Coach Silas played both guys on the court and this is how it looked:

TyTy Washington- 6 points, 2 assists, and 1 steal in 15 minutes with 0 turnovers

The stats are quite similar and the minutes were evenly distributed. This occurred because Silas decided to stagger the minutes between KPJ and Jalen Green and TyTy and Daishen got to play with either guard together. The good thing about this is that this will give Daishen the motivation to play better as I am a big believer in competition from within. The only issue here is whether Daishen could play, with that same motivation, throughout the year. TyTy has looked comfortable in the last couple games and I truly like what he brings. This competition will be something to see

Despite this loss, the Rockets must move forward. As a young team, they got to have memories like a goldfish and forget what just happened. For the Rockets, we need them to watch film, make the adjustments to fix mistakes, and make more buckets. Monday comes soon as they play the San Antonio Spurs so hopefully the Rockets have a revenge game in them to avenge their worst loss of the year.