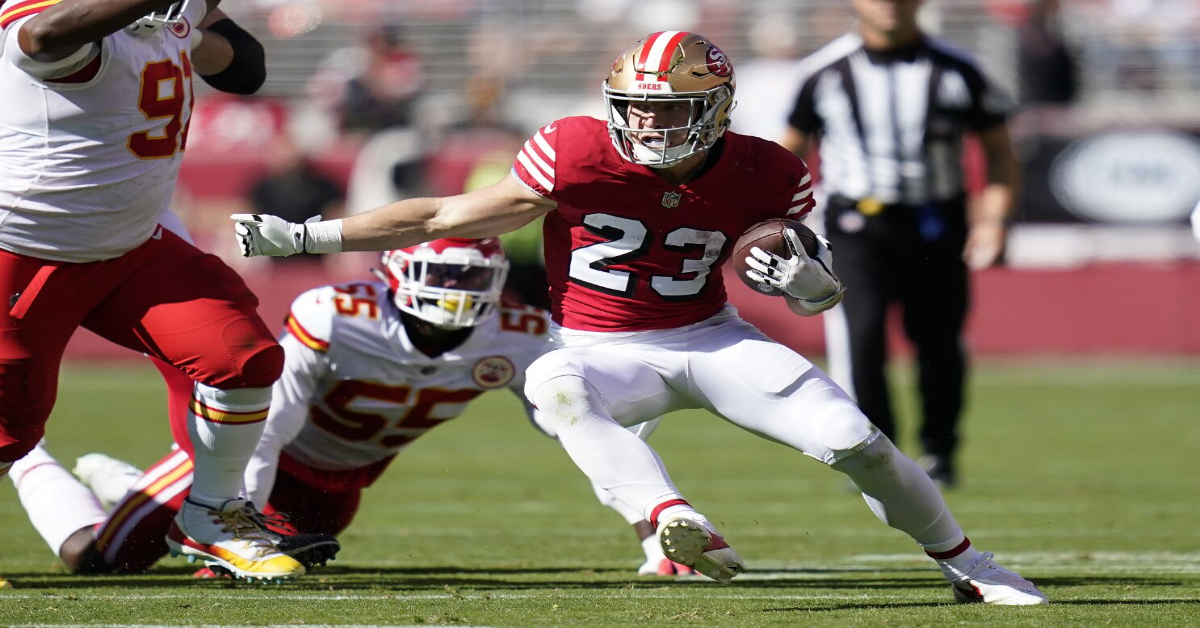 Nobody’s perfect. Whether it be in Houston or Philadelphia, every franchise has something to improve on in 2023. I thought it would be a good exercise to briefly touch on what every team needs to do in order to actually make 2023 a good year. I’ll tackle the NFC this week and the AFC next week. New year new team, let’s do this.

For the rest of this year the Eagles should take after IHOP and stay open 24/7 ahead of this crucial playoff run. Jalen Hurts has a bad shoulder, while Lane Johnson and Avonte Maddox went down with injuries in Saturday’s loss to Dallas. If healthy, the Eagles are more suited than anyone to play in the Super Bowl.

Offensive coordinator Kellen Moore trusts Dak Prescott and relies on him a bit too much. Dak is among the best at recognizing coverages and knowing where to go with the ball. Kellen Moore knows this and will ask Dak to drop back and use his processing skills many times a game. An increase in pocket movement and play action passes could make an already dangerous Dallas offense even better ahead of the postseason.

Daniel Jones has had a good year in Brian Daboll’s offense. Bringing Jones back would be a reasonable choice, as would making a move for a better QB. But regardless of who is under center next season, this team needs a real weapon on the outside. Darius Slayton, Richie James, and Isaiah Hodgins simply will not get the job done in the modern NFL. If the Giants want to be a real contender, there needs to be a star WR in the building ASAP.

This roster is a lot closer to contention than people may think. There are foundational pieces on the defense and strong weapons on the offense. If the Commanders are to take the next step there needs to be a unified commitment to a long-term solution at QB. Don’t sign Jimmy G or snag Derek Carr. It’s time to go big. Either give Lamar Jackson a blank check or make an aggressive offer to move up in the draft for a top QB prospect.

I’ve never seen a team run as pure as the Vikings have this year. Minnesota won yet another one-score game on Saturday against the Giants and have the NFC North all locked up. Whatever rituals are taking place, whatever sacrifices are being made, do them all again. Good fortune and Justin Jefferson have gotten you this far, don’t switch it up now.

Green Bay Packers: Find someone else to run the defense

It’s time for the Joe Barry experience to end. His defenses are always just fine, but with the resources that the Packers have poured into that side of the ball, it’s safe to call this an underachieving unit. We know they can be had on the ground and they often play too soft in pass coverage. Don’t be afraid, Green Bay. Make the switch.

Thanks to the Rams, the Lions currently hold the seventh pick in the upcoming draft. They need to find a way to get a QB. He doesn’t need to play right away and probably shouldn’t. Start the year with Goff and then drop in the youngster when it feels right. The rest of the roster is set to compete for a title and while Jared Goff has been good in this offense, he is not the answer long-term.

Because Lamar Jackson is such a dynamic playmaker on his own, the Ravens rely on him too much and have failed to surround him with great players and a creative offense. The Bears cannot make this same mistake with Justin Fields. Just because Fields can run does not mean the entire team should be run-oriented. Get real weapons in the passing game and spread the offense out. Make defenses respect the passing game and run lanes will naturally open up for Fields, unlocking the best version of a Justin Fields offense.

Tampa Bay Buccaneers: Fire everyone on the coaching staff

While it may not be fun to start the new year by sending many grown men into unemployment, it’s what Tampa needs to do. The Todd Bowles/Byron Leftwich combination has been a bottom-three coaching duo in the league and has held this Tampa Bay team back week after week. Even if Tampa somehow wins a game in the playoffs, these guys absolutely have to go.

Carolina Panthers: Tank like you have never tanked before

Yet again the Panthers have won just enough games to keep them out of the range for a top QB in the draft. And while this playoff push is fun and admirable, they can’t build a franchise like this. The plan is simple — hire Urban Meyer and trade for Zach Wilson. Go 1-16 next year, clean house, and draft Caleb Williams. This is likely the only way to get out of the preputial QB-hell that Carolina has been trapped in for a while.

The Falcons play football as if they are trapped in the 1960s, yet they continue to draft for a modern offense. The team has invested in Kyle Pitts and Drake London with consecutive first-round picks, but have nobody to get them the ball. Add the Falcons to the list of teams that need an actual QB in the building. I like Atlanta as a sneaky Derek Carr landing spot.

New Orleans Saints: For the love of all that is holy please commit to a rebuild

Stop trading away picks. Stop spending like a fifteen-year-old with a credit card. Stop with the temporary quarterbacks. Stop with Dennis Allen. Vintage Drew Brees and Sean Payton ain’t walking through that door. Stop looking for loopholes and commit to a long-term plan.

The 49ers can without a doubt win the Super Bowl this year. This will be the last season with Demeco Ryans in charge of the defense and San Francisco needs to take advantage of a relatively weak NFC field. In the past, Kyle Shanahan has gotten a little tight and made mistakes in big games. He has to find a way to avoid that this year. If the 49ers simply play like they are playing right now, it very well could be enough. Don’t panic. Make a run, this needs to be the year.

Seattle Seahawks: Continue to invest in the defense

Seattle had a great draft in 2022 and have a bright future because of it. The Seahawks just need to be realistic with where they are as a team and continue to make smart moves. Because of the Russell Wilson trade, Seattle will have several picks in the first few rounds of the upcoming draft. Continue to acquire talent, focus on the defensive side of the ball, and don’t rush this promising rebuild.

Los Angeles Rams: Do what you have to do to keep the stars happy

The Rams have no choice but to compete next year. This team is not in rebuilding mode. LA needs to do whatever is necessary to make sure that Sean McVay, Matthew Stafford, Cooper Kupp, and Aaron Donald are healthy and motivated going into 2023. The success of the franchise starts and stops with those four men.

Kliff Kingsbury and Steve Keim have to go, it’s that simple. Eat the dead money that comes with the inexplicable contract extensions and get them out of the building. With Kyler Murray rehabbing a torn ACL, 2023 will not be a fun year for the Cardinals. Use it as a chance to build something with a new coach and new general manager.