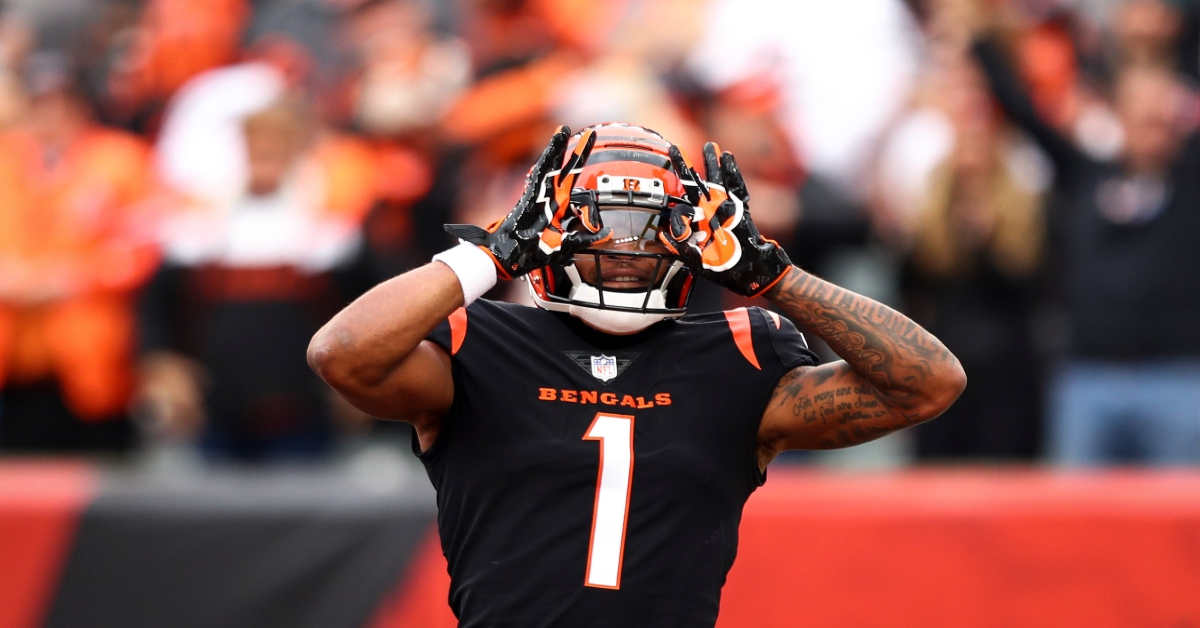 The weekend that is widely considered the best weekend of the football season is here. The NFL Playoffs continue in the Divisional Round as the final four teams in each conference are set to battle it out for a spot in the championship game. There are four outstanding quarterbacks left on the AFC side while the NFC brings an enticing mix of fantastic coaches and quarterbacks with a lot to prove. Let’s get to the matchups.

All DVOA Rankings are via Football Outsiders

All betting lines are from FanDuel

KEY TO THE GAME — Capitalizing on mistakes

If the Jaguars are to go into Arrowhead and keep this incredible season alive, they will have to play a nearly perfect game. Unlike last week against the Chargers, Jacksonville won’t be able to overcome turnovers from the offense. Patrick Mahomes and this offense will make you pay. On the flip side, if Mahomes makes a mistake, the Jaguars must take full advantage. No dropped picks, no settling for field goals, no missing open receivers, the Jaguars have to play a perfect game. This is a lot to ask of a young team in the NFL Playoffs traveling to Arrowhead. And it’s ultimately why I’m picking the Chiefs.

Kansas City’s defense can be had, the offense will put the ball up for grabs from time to time, and the returners have muffed more than a few punts this year. Jacksonville will have chances to make it interesting, but they have to make the most of them. Mahomes and the Chiefs are too good and too experienced to let off the hook.

Kansas City defensive coordinator Steve Spagnuolo is typically at his best in the playoffs. Spags is known for mixing up coverages and bringing pressure in order to confuse and disrupt quarterbacks. This will undoubtedly be his plan against a second-year player in Trevor Lawrence, who is making his first road start in the NFL Playoffs. Doug Pederson will have counters, and the Jags’ ability to create yards after the catch could be a real problem for a Chiefs’ defense that struggles with tackling at times. But overall I am expecting a decent showing off the bye week from the KC defense.

On the other side of the ball, it’s hard to imagine this Jacksonville defense giving Mahomes many issues. The Jaguars can be picked apart in the middle of the field, an area where Mahomes and Kelce thrive, especially in the playoffs. Mahomes’ ability to majestically avoid pressure is well documented and the late season emergence of Jerick McKinnon is just another piece of puzzle that defenses must now account for. I will not be surprised if the Chiefs push 40 points in this game and am willing to lay the 8.5 points.

The Eagles have the #1 rushing offense per DVOA.

The Giants have the #32 rush defense per DVOA.

This is an unfortunate key to the game for fans in East Rutherford.

It’s important to mention that the Giants’ defense is much healthier now than it was at any point in the regular season. The numbers and film show a unit that is far worse than the group New York will roll with on Saturday night. However, assuming Jalen Hurts is able to run at full strength, this is still a major mismatch. Philadelphia’s offense has struggled against the blitz this year, and few coordinators like to dial up pressure more than Giants’ DC Wink Martindale. Although Martindale has backed off the blitz in recent weeks due to the success of New York’s four-man pass rush. If the Giants can somehow find a way to get the Eagles into obvious passing situations, they have a real shot at getting off the field due to the absolute monsters they have on the defensive line. But if the Eagles’ offense is able to stay ahead of the chains, it will be smooth sailing for Hurts, just as it has been for most of the season.

This is my least confident pick of the weekend. I have tremendous respect for Brian Daboll and last week showed how dangerous a divisional opponent can be in the playoffs, just ask the Bills and Bengals. While the Giants’ offense was certainly impressive against the Vikings, that was against the Vikings. Philadelphia’s defense is far better and will present Daniel Jones with more resistance than he felt a week ago. It goes without saying, but I’ll say it anyways, the Philly fans will be unhinged on Saturday night and that will absolutely play a part in this game.

I began the year by stating that Jalen Hurts would have to prove to me that he could do it in the playoffs before I believed in him as a real franchise QB. But he won me over with his consistent play throughout the year and I have full confidence in this offense behind this offensive line with A.J. Brown and DeVonta Smith on the outside.

I am fired up for this game and could see it playing out a number of ways. Ultimately I feel the better team gets the job done, give me the Eagles to win and cover.

There are so many intricate parts of this matchup that could qualify as the key to the game. How the Bengals’ injured O-line holds up will be huge. How the Bills’ secondary deal with Chase and Higgins will be crucial. But when push comes to shove late in the game there will come a time when Josh Allen needs to make a big play with his legs. If he is able to pick up key third and fourth downs on his own, it will break the back of the Bengals’ defense. Should Cincinnati be able to do what few have done — keep Allen in the pocket and bring him to the ground — they will contain this explosive Bills offense.

I wrote earlier this week about how Allen must be able to recognize when hero ball is needed and when it is not. If Allen tries to scramble around and launch deep throws all game, he will likely run into trouble against a disciplined defense led by Lou Anarumo. On the contrary, the Bills’ offense can be inconsistent at times, and there will be moments when a heroic play from Allen is absolutely necessary. Finding this balance and picking the right spots will decide the game.

This feels like a lot of points to give a Cincinnati team that has won 9 straight games and is known for being obnoxiously frisky in the NFL playoffs. Even with the injuries along the offensive line, Ja’Marr Chase and Tee Higgins have shown the ability to get open quickly, allowing Joe Burrow to get rid of the ball before the pocket collapses around him. Burrow is a smart player that knows the state of his own line, he knows he has to avoid negative plays and has done a great job avoiding bad sacks this season. This Bengals team won huge games on the road a season ago and won’t be afraid of Bills Mafia.

What the Bengals’ defense lacks in talent it makes up for in coaching. Lou Anarumo always has a solid and unique game plan that gives his guys a chance to make big plays in the NFL Playoffs. I don’t see Stefon Diggs going off for 150 yards or Josh Allen running wild for four quarters. Buffalo is going to need to get production from Gabriel Davis and the other playmakers on offense.

This is an incredible matchup between two of the best teams all season long. Based on recent play and tendencies, I trust Burrow more than Allen right now. This feels to me like a game that comes down to the final drive so I’ll take the 5.5 points with Cincy, and I’ll take them to win the game as well.

KEY TO THE GAME — Forcing Purdy to make decisions

In his six wins as a starter Brock Purdy has shown that he can and will execute Shanahan’s offense when everything is on schedule. San Francisco’s elite run game and talented group of players have made life easy for Purdy from play to play. The Niners are rarely in third-and-long and Purdy seldomly is forced to truly read the defense and go through his progressions. The times when he has been put into those situations, Purdy has shown he can be prone to mistakes. Purdy threw multiple passes that could have been picked last week, and has developed a bad habit of backpedaling when under duress. The Cowboys’ defense, and pass rush in particular, will be the toughest test for Purdy so far. If Dallas can win on early downs, forcing Purdy into obvious drop back situations, this could finally be the game where the clock strikes midnight on this fairytale run for the seventh-round pick. But if Kyle Shanahan wins the battle vs. Dan Quinn and is able to keep the 49ers’ offense on schedule and ahead of the chains, it will be business as usual for San Francisco.

If Dak plays like he did last weekend, the Cowboys can and will beat anyone. While I do expect another solid game from Prescott, I don’t envision him shredding the 49ers’ defense to the same degree as he did Tampa’s on Monday. This is the most fascinating game of the weekend and one that is tough to pick. I just see a large number of small advantages that the 49ers have and think those advantages add up. Home-field advantage is relevant. The two extra days of rest matter. Brett Maher having the yips is a factor. San Francisco’s coaching edge has my attention.

For those reasons, I will take the 49ers in a game that has the potential to be an instant classic.

I hope everyone enjoys the NFL Playoffs this weekend and good luck with your bets! Be sure to check out all the great NFL Playoffs content at Apollo. Follow @ApolloTexans and @AaronLittleOB on Twitter for more.