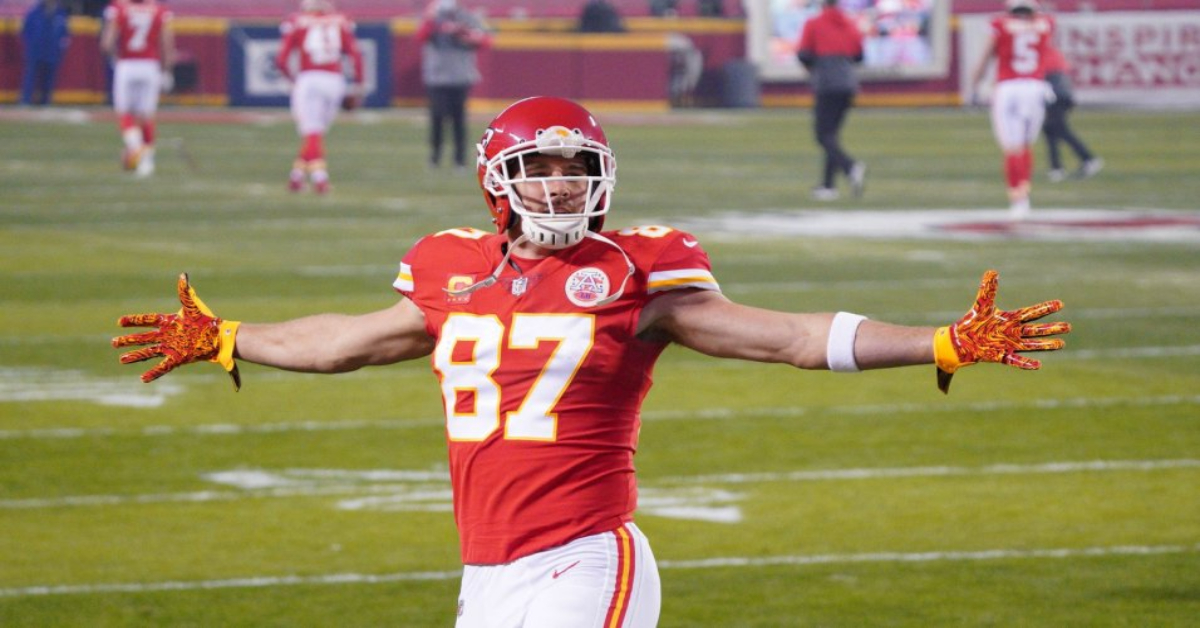 And then there were four. Four great teams led by quarterbacks with unique stories and a lot to prove. Championship weekend will be here before we know it, but before we look ahead, let’s reflect on what just happened.

1. An Organizational Triumph in Kansas City

The end result was as expected. The Kansas Chiefs handled business at home and knocked the oh so pesky Jaguars out of the playoffs, and while the final score of Chiefs 27 – Jaguars 20 looks pretty straightforward, the path to getting there was anything but.

Patrick Mahomes came out of the tunnel and put together the most Mahomes looking drive of all-time. The soon-to-be two time MVP was scrambling around, throwing jump passes, flicking darts while in the grasp of defenders, and just obnoxiously “Mahomsing” all over the field.

Then, at the exact moment when the entire football community started to wonder if everyone besides the Chiefs might just be playing for second place, everything changed. Mahomes had his ankle violently landed on and was forced to leave the game for X-rays. The Jaguars could smell blood in the water and picked up their play immediately.

While the Jags put together an admirable effort for a young team on the road, they made far too many mistakes to pull off the upset. Jacksonville dropped passes, dropped interceptions, and lost a key fumble late in the game. Mahomes or no Mahomes, if you want to beat the Chiefs at Arrowhead in the postseason you have to play near perfect football and the Jags failed to do so.

Many will call this “The ankle game” due to the dramatic nature of the injury and the game-sealing drive from Mahomes in the fourth quarter when it was clear that he could barely move. But reducing this win to just more Mahomes magic is lazy in my opinion. This was a huge moment for all of the non-Mahomes players, coaches, and personnel in Kansas City. Travis Kelce had 14 catches and 2 touchdowns. Chad Henne came in and led a pivotal 98-yard TD drive when all the momentum was swinging towards Jacksonville. Andy Reid put Chad Henne in a position to lead a 98-YARD TOUCHDOWN DRIVE. Steve Spagnuolo and his defense were able to eliminate the Jaguars’ downfield passing game and made huge plays throughout the afternoon.

Everything in KC starts and stops with Mahomes. He’s the best player in the league and deserves all the praise heaped upon him. But the rest of the organization is no joke. A lot of teams would have collapsed if their star QB went down during a playoff game. Not the Chiefs. Everyone else stepped up and found a way to advance to a fifth-straight AFC title game. An incredible achievement for an incredible organization.

2. Don’t forget about the Eagles

There was a time not so long ago when it seemed like the Eagles were headed for a record of 16-1, head and shoulders above the rest of the conference. Suddenly the injury bug started to bite, Jalen Hurts misses a few games, the Eagles suffer some losses, and the vibes around the Eagles started to change for the worse.

Meanwhile around the NFC, everyone was comparing the undefeated Brock Purdy to a young Brady, Dak Prescott’s performance in Tampa had many back in on the Cowboys, and the New York Giants suddenly became everyone’s favorite sleeper. All while Philadelphia secured the bye, rested, recovered, and soaked in all the changing narratives in the NFC.

The Eagles Saturday night shellacking of the Giants was a statement game if I’ve ever seen one. A little “remember us” message from the team that has been dominant for a majority of the year. The Eagles look healthy, motivated, and possess a raucous home field advantage.

Philly is not to be slept on. The most complete roster in the league is in the hands of Nick Sirianni. Consistency is boring, new things are fun. Don’t get it twisted though, the Eagles are the team to beat in the NFC, and they always have been.

3. More of the same for Buffalo and Cincinnati

For a third straight season the Buffalo Bills met a top-tier QB in the playoffs, failed to generate a pass rush, and were promptly sent packing.

The Bengals were the better team on Sunday from start to finish in Buffalo. Snow played a factor in this game and oddly enough it was the road team from Cincinnati that was able to take of advantage of typical Buffalo weather. As the snow accumulated on the field it became apparent that the Bills’ defenders were noticeably slower getting to the right spots in their zone-heavy defense, the pass rushers could not get off the ball, and the already un-tackleable Bengals skill players became harder to bring to the ground.

Joe Burrow had time to throw and open players to throw to, a combination that he will take advantage of every single time. It looked easy for Burrow on Sunday because it was.

When Josh Allen was on the field, moving the ball looked harder than ever. This is no dig towards Allen — who still managed a few jaw-dropping plays — this is about the flaws in Buffalo’s offense and another magnificent playoff performance from the Cincinnati defense. You would have thought it was the Bills, not the Bengals, who were missing their LT, RT, and right guard after seeing how much pressure Allen faced. For what seems like the 50th time, Bengals’ DC Lou Anarumo stifled an offense and made a superhuman QB look mortal. The Bengals won play call after play call and the Bills lack of WR talent was exposed. Cincy kept Allen in the pocket and made every throw tough, two things that few have done to Allen and the Bills over the past three years.

This is just what the Burrow-Zac Taylor-Lou Anarumo Bengals do. Burrow brilliantly marches down the field while Anarumo’s defense puts the other offense in a blender. It feels like an Ohio version of what Brady and Belichick did in Foxboro for so many years, and that’s terrifying for other AFC contenders.

It’s tough to rag on a Bills team that was extremely efficient and at times dominant during this season, but improvements on the O-line and at the skill positions are needed.

Nobody has invested more money and draft capital on its defensive front than Buffalo has in recent years, but when push came to shove Von Miller and DaQuan Jones were not available and what was left on the line was not nearly enough.

The Bills will be back in this spot next year and likely the next five years after that. Having Josh Allen basically guarantees you a chance at a postseason run, but the same will be true of Patrick Mahomes… and Justin Herbert… and Joe Burrow… and Trevor Lawrence.

The road to the Super Bowl in the AFC is getting more difficult by the year. Buffalo has to improve and evolve in order to find a way to start knocking off these top teams in January.

The Cowboys’ defense was special all year and was great on Sunday night. Dan Quinn may have earned another shot at being a head coach and Micah Parsons wrecked game plans every week of the season.

It was Dak Prescott and Mike McCarthy who came up short yet again. Prescott failed to carry momentum from the week before and threw two crippling interceptions while Mike McCarthy casually, thoughtlessly, neglectfully punted the game away.

Dallas is in a tricky spot. It’s tough to justify firing a coach that has accumulated the wins that McCarthy has the two past years. Though such a decision would be justified in my eyes. Sure, you can TRY to move on from Dak, but is that even possible given the contract? And could you really do better?

The Cowboys had a good team this year and a lot of great players, but came up short at head coach and QB when it mattered most. A theme that has become oh so familiar to fans of America’s team.