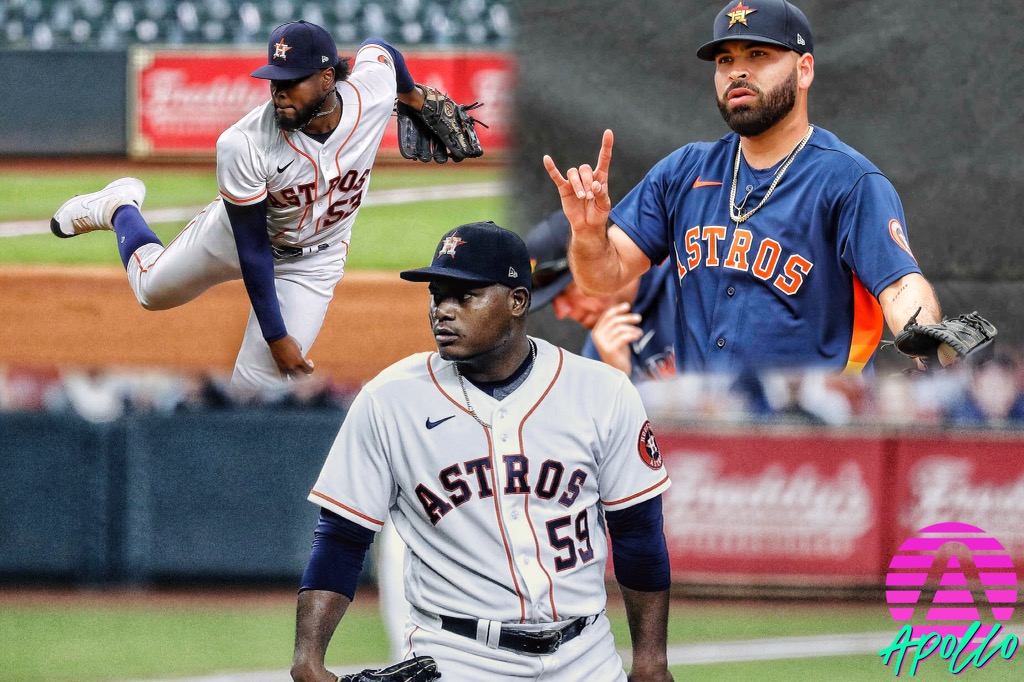 Over the past 4 years, the Houston Astros fan base has been spoiled with one HoF-caliber starting pitcher after another: Justin Verlander, Gerrit Cole & Zach Greinke… I mean wtf, what a show we got to watch. Sadly, those days have came & gone, and if this 2020 szn proved anything to Stros fans, it’s that our future will be defined not by billion-dollar arms, but by the young bucks who’re determined to make a name for themselves. The next 6 years lie in the hands of a 3-headed dragon that’s made up of Christian Javier, Jose Urquidy & Framber Valdez. For the purpose of this blog, I’ll only be acknowledging the starting pitching position, but it’s to be noted that Enoli Paredes perfectly fits into the vibe of this piece as well. All 3 are currently pre-arbitration & under team control until 2026.

Let’s begin with the southpaw that we already know a bit about, Framber Valdez. Framber came on the scene in 2018 & lit the world up with a 2.19 ERA over 37 innings pitched. Then, he came back the next year and pissed off every Astros fan in Houston by posting an abysmal 5.86 ERA that somehow felt like it shoulda been 18.69. This’s where we started to see the beginnings of Framber Valdez, the pro; the whole city was at his throat, but the man put his head down, got to work & made sure that his sophomore slump stayed in his sophomore year. Dude bounced back in 2020 with a 3.57 regular szn ERA, and after going 3-1 in the playoffs with an astounding 1.88 ERA, many Houstonians are wondering if we’ve found our new ace.

Next, let’s take a look at the Mexican Magician, Jose Urquidy. Jose made his debut in 2019 and what we first saw wasn’t exactly bad, it was nothing to raise your eyebrows at though. It really wasn’t until he was named the starter of game 4 in the 2019 World Series that anyone started paying attention to him. Who the hell was this ROOKIE starting a WORLD SERIES game? 5 shutout innings later, we had our answer. Mans didn’t stop in 2020 either, establishing himself comfortably within Houston’s starting rotation, and solidifying his changeup as one of the best in the league.

Finally, the Freshman, Christian Javier. A slew of injuries at the start of last szn is probably the only reason this kid had a chance to shine, and boy did he shine bright as hell. Never in my 24 years of life have I seen a pitcher so young show such levels of poise & composure. He looked like a seasoned vet every time he stepped on the bump! His ability to get strikes on corners and force soft contact by dancing around the strike zone is what’s made him so dangerous, and it’s what earned him a spot in the final 3 of ROY voting. This kid’s going to be good for a long time, and we’re lucky to have him around.

To be frank, there’s no way in hell that we woulda made the playoffs without the contributions from this trio, and I’m not sure we make it next year without them! Besides the base fact that you want solid pitching on the mound, the mere consistency that these guys provide has allowed the front office to essentially ignore the starting pitching position and focus on other parts of the roster, which is YUGE; If we’re able to get or bring back a big name in the lineup, you can thank these three for making it possible. After Justin Verlander went down, many began to question if the Astros’ championship window was nearly closed – turns out all you need is a crowbar & 3 strong arms to pry that bitch right back open. The dynasty continues.