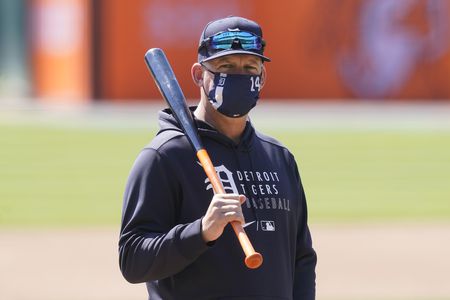 AJ Hinch, in my unbiased Big J Journalist eyes, will forever be Houston Royalty. Now half the people reading this are rolling their eyes, and the other half are shaking their head yes.

Let me preface with this. When Alex Cora left to take the Red Sox job, I actually said we should let Hinch walk and keep Cora. I mean, that would have been absolutely wild coming off a year after the winning World Series and letting a manager go for a bench coach, but that’s how my wild fucking brain works that has created what Apollo has become. I am a little off the rails at times. I mean, Cora took what he created in Houston and used it in Boston to win, so I wasn’t wrong about the talent that Cora had. I digress. I am just showing I was never AJ’s champion.

The reason I believe he is royalty is that he ushered and managed the greatest 5 year stretch in franchise history. He was then pinned for a crime that was league-wide by all contenders and then suspended and abruptly fired. Not once did he rat on anyone when he had every opportunity, and he protected his guys to the fucking very end.

So when a crowd of 20,000 people gave the man the standing ovation he deserved, you can’t help but to smile.

Now for all the people complaining about this, a few things for you and I do get your opinion HOWEVER.

How can you tweet about being about the cheating scandal and banging on the trashcans and get on twitter and protect the team but not then back up the skipper who never ratted on the boys?

Appreciate the moment for what it was and then move on. Life aint suppose to be so negative just vibe and hunt big waves baby and remember never rat on your friends and always keep your mouth shut.

Now to the game,

We looked terrible. Simple as that.

Greinke looked probably his worst in an Astros uniform and got shellacked all over the field by this young Tiger team.

The Astros offense left a small village on the base paths.

The 8 and 9 hitters might be the worst in the league right now.

Correa hit one on the train tracks in a blowout.

It is the Detroit Tigers nothing less than a series win its unacceptable. This is the soft spot in the schedule coming up and wins need to be stacked right now. The Angels are winning and the Oakland A’s powered by candy corn are rounding back into form.

Tonight, Odorizzi is on the bump and I have no idea what to expect. I am in the camp of Odorizzi is just another guy. (JAG) So hopefully we see an Odorizzi who can get 5-6 innings tonight and the bullpen put together a solid outing and enough offense to get the win against the mighty Detroit Tigers.