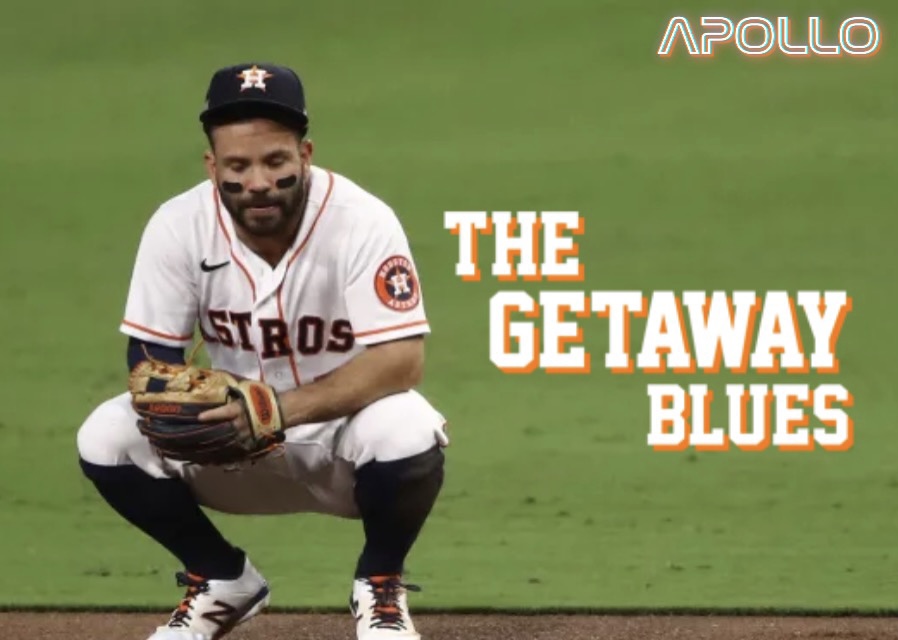 The Astros may have been semi-coasting up until now, but sitting here with 50 games remaining in the regular season, they are by no means a lock to be playing baseball in October. What was once nearly a 7 game AL West lead Houston held over Oakland has since dwindled down to 2, and the deadline explosion on the East coast has propelled teams like the Yankees & Blue Jays to within just 5 games. There are absolutely no guarantees in the American League this year; With 4 teams jockeying for the lead in the AL East, and Oakland holding its own, it’s going to be a brawl for that last wildcard spot. Some very good ballclubs are going to find themselves missing out on the postseason altogether, and the Astros may be the ones who get caught holding the bag if they can’t wake the hell up.

I don’t want to hear that “It’s a long season” bullshit anymore, we’re in the final leg & it’s time to rev up the engines. That means doing things like ensuring our stars are on the field every game. Although we’re obviously still recovering from the injury bug, Dusty’s timidness concerning player’s workload this season has been a bit over the top… Not quite sure why Carlos Correa’s scheduled off day, which came 2 days after a regular off day, can’t be pushed back when Robel Garcia is your only option at shortstop, but he’s the skipper! Admittedly, this tactic makes a whole lot more sense when it’s being implemented during the first 2/3rds of the season, but it’s August. Time to cut that shit out & turn on the boosters.

Another point of concern is the general lack of focus between the lines. When you’re a team like the Astros, who have invoked such a high level of dominance for so long, I assume it’s easy to get lulled into a sense of complacency by the longevity of the season. With that being said, this lackadaisical mindset is losing us ballgames. Houston is 8-9 in the final game of a road trip or homestand this year, which speaks to an inability to put teams away & displays just another way that they’re getting lost in the laziness. Above all else, they HAVE to stop playing down to their opponents. Sure, the boys are locked in for a Friday night game against the Dodgers or Yankees, but it’s like their heads are in the clouds anytime we face off against someone with a losing record. The Astros record of 49-29 against teams over .500 is far & away the MLB’s best, which not only displays how insane their strength of schedule has been thus far, but also highlights how well they play against good teams. Moving forward, the Astros have the league’s 4th easiest remaining schedule, a fact we’d all be a lot more stoked about if the flipside of this coin wasn’t so brutal. Houston has somehow found a way to post a record of 17-17 against sub .500 teams, which is really the only reason that we’re not currently running away with the American League. We’re going to have to find a way to get up against bad teams because we’re about to see a whole lot of them.

The Tatis Jr. go-ahead moonshot in the 9th, the massive comeback in Seattle, getting swept by the Tigers, Rockies & Orioles… Astros fans have been singing the Getaway Blues all season long. Thankfully, we have an ultra-talented goon squad that’s armed to the teeth, so we’ve been able to get away with some faults that we probably shouldn’t have. Hopefully, we can get our team healthy & tighten up those corners here down the stretch, or we all may be watching an Astroless postseason. Personally, I have full faith in my guys to right the ship & resume playing to their potential, but we’ve got to get this ball rolling on a hop! Toss out the training wheels & unleash the beast, it’s time to fuck shit up.