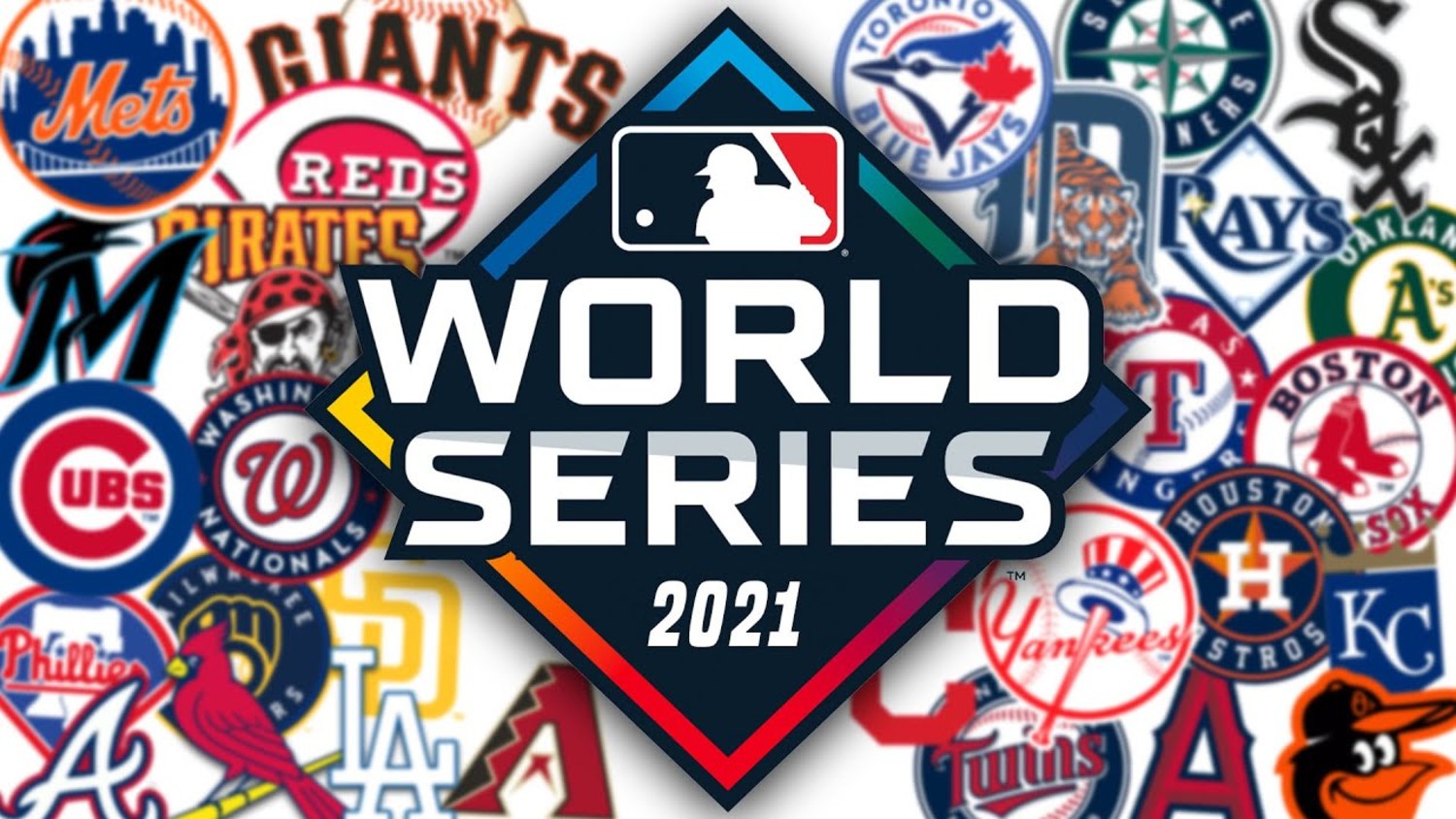 Here we are headed to wet, chilly Atlanta to play the Fall Classic at a stadium with no roof and we have to watch pitchers hit. YAY.

Let’s dive right on in.

Q: The series is 1-1 headed to Atlanta. How are you feeling?

Dez: I feel content. I thought 1-1 was going to be the outcome with how Charlie Morton has owned the Astros lineup. His injury has shaken up this series and you have to think the boys feel confident facing the pen from here on out.

Astros Future: Pretty good. Bats had a solid game in game 2. Bullpen has been fire. Excited to see what we do in Atlanta.

Astros UK: Nervous but confident, does that make sense? I keep saying it but I have such immense faith in our team, I truly believe in them. They all are now but Game 3 is enormous.

Andrew Gleinser: I’m feeling optimistic. Winning Game 2 was big, and the Astros pitching staff might be in better shape than Atlanta’s in the wake of Charlie Morton’s injury. If Luis Garcia is effective in Game 3, and if Framber Valdez can bounce back in Game 5, the bullpen shouldn’t be too overworked. Atlanta may have to put together two bullpen games, so I like the Astros’ chances.

Lil Bro Taylor: I’m feeling a WHOLE lot better after that game 2. Listen, we’re the better team here. We’ve got the deathstar lineup. ATL is going to be lucky to get one more W imo.

Spaceman: I’m feeling good about it. Both pitching staffs seem a little depleted so I think it’s gonna come down to the bats and I think the Astros have the edge there.

Q: How do you expect the outfield to look with no DH?

Dez: Offense first. Have to roll out Yordan, Tucker, Brantley

Future: I would do Yordan in LF, Tucker in CF and Brantley in RF. Capitalize the bats. Keep the top 7 of our lineup elite with 9 being pitcher now.

UK: A: Yordan (LF), Tucker (CF), Brantley (RF). With respect, any other answer is flat-out wrong.

AG: The three lefties – Yordan Alvarez, Kyle Tucker, Michael Brantley – are all hitting well. You just can’t take them out of the lineup. I expect Tucker in center, Brantley in right and Alvarez in left. If the Astros get a substantial lead in any of these games, Chas McCormick and Jose Siri are on hand as late-game defensive replacements. But you need your hot hitters in the lineup, even if you’re sacrificing a little on defense.

LBT: I love the young guys, but we’ve gotta put as much firepower in the lineup as possible. That means Yordon in Left, Tucker in Center & Brantley in Right. Hopefully we dont get burned on the defensive side, but that’s a gamble we’re going to have to take.

Spaceman: I think we gotta see Yordan in left at least one time. It’s hard to justify pulling brantley out of the line-up at all the way he’s been hitting all year. Maybe shift something around to get them both out there? Tucker in Center, Brantley in Right. Yordan in left?

Q: What would be your Pitching plan for the bullpen games?

Future: Get. Outs. But seriously I would just try to rely on the long guys soaking up innings to get to the high leverage arms.

UK:Naturally it depends on how Game 3 goes, but ride the Greinke train as long as he can humanly go. If he’s stretched out to 50 pitches, try to steal 60 pitches. Odorizzi will play a big role, as will Javier and smaller roles like potentially Yimi Garcia. It’s very difficult to predict right now.

AG: I would use Cristian Javier as an opener. He’s been so good this postseason and I like the idea of using him first to set the tone and hopefully let the Astros take a lead. I’d then turn to Zack Greinke for the next 2-3 innings ideally. If that combo gets through five, I’d feel pretty good. If the Astros trail or have a big lead, or if Javier/Greinke don’t get through five, I’d turn to Jake Odorizzi to soak up a few innings. If it’s close, I’d turn to the foursome of Phil Maton, Ryne Stanek, Kendall Graveman and Ryan Pressly for the last few innings. I think the Astros will likely start Greinke and use Javier in relief, but I’d let my hottest pitcher go first.

LBT: I’m a registered Jake Odo hater, but the man has been spinning the rock lately. We went out and got him as a 4th Starter, lets use him as such and ride the wave as long as possible. Then have Zack come in and clean up the rest.

Spaceman: You gotta rely on the vets coming out to each some innings in big situations. I expect Odorizzi and Greinke to pull weight to the best of their ability. Maton, Raley, Graveman, Pressly, Stanek have all been impressive so you just gotta let ’em eat!~

Q: What do Stros need to do to combat Truist playing big as it plus it being cold?

Dez: I think big ballparks play to the Stros advantage offensively. They can live gap to gap and hang a crooked number at any time. Hitting in the cold sucks but hitting gin the cold during the World Series is kind of sick.

Future: Keep balling like they have all season long. Nothing phases this team.

UK: Contact. Always contact. Don’t try to destroy baseballs, look to make Anderson work and put him under stress with every single pitch he throws. The strength of our lineup is its relentlessness. Make it a conveyor belt of doom for Braves pitchers. As for defense? Just play the situations as they arise. Sometimes it isn’t helpful to overthink things.

AG: The weather conditions mean the ball isn’t going to carry well, so the Astros can’t rely on the long ball to score runs. Thankfully they don’t need to; they demonstrated their abilities in Game 2, as only one of their seven runs came via the home run. The Astros make plenty of contact, and they’ll have to keep that up, put pressure on the defense, and play a little small-ball to manufacture some runs. It might not be a bad idea to have Martin Maldonado bunt in certain situations, especially if you’re willing to pinch-hit for the pitcher behind him (or let Greinke swing away).

LBT: Wear long sleeves? This is October, can’t let a cool breeze stop you from heating up (and I dont think it will). As for Truist playing big, that’s a lil concerning, considering the defense we’ll be fielding in the outfield. Gotta avoid the gappers.

Spaceman: They play in visiting parks all year and seem to thrive off of the fans talking shit to them. I’m not concerned about the “away” factor to be completely honest. Look what happened in 2019.

Q: How important is it to take 2 in Atlanta?

Dez: I think it has to be done. Atlanta hasn’t lost all year at home in the playoffs, if you take 2 you have to think they will be shell-shocked.

Future: Very important. It would be great to come back home with a 3-2 series lead and two chances to win the World Series in front of the home crowd.

AG: I won’t say it’s essential, but it is very important. You don’t want to find yourself in a 3-2 hole, and the Astros have struggled to win games at home in the World Series. If you can come back to Minute Maid Park for Game 6 with the pressure all on Atlanta, it certainly helps. Anything can happen in a winner-take-all Game 7, so you’d really like to close it out in six if you can.

LBT: Very, you never want to be battling back in a series. But I’m more concerned with Houston winning 3 in ATL. I want to see the confetti fall over Minute Maid. I want Houston to win a championship in it’s own city.

Spaceman: I think they could wrap the series up there. I’m looking for these guys to be smelling blood in the water after game 2. They were 8 outs away in 2019 and they want to get that one back.