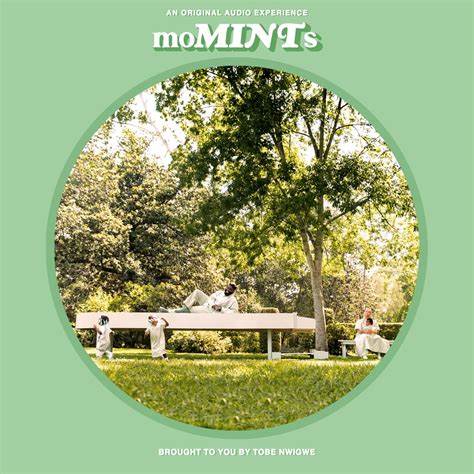 If you aren’t intimately familiar with Alief product & rapper Tobechukwu “Tobe” Dubem Nwigwe, even here in Houston, you probably aren’t alone. But if you’re interested in giving flowers to one of the faces of Texas’s new hip hop scene, his new album moMINTS unapologetically spells out what Tobe’s music is all about – and it’s worth your time.

Tobe Nwigwe, a former North Texas football player, has been steadily growing in popularity since his emergence into national relevance within the last few years. I started to tap in around 2019, but Tobe began consistently putting out quality music since 2017. “Jockin” from one of his first studio albums, “The Originals” in 2018 is a notable highlight, emblematic of Tobe’s versatility as an artist. There’s been a ton of projects since, none of them misses, and two strong showings in 2020 – “Try Jesus” and “EAT” – have catapulted the electric on-wax personality of Tobe Nwigwe into rarified Houston air, up in the Maxo Kream stratosphere.

moMINTS, released August 7th 2022, boasts a cohesive runtime less than 32 minutes, and certainly doesn’t overstay its welcome. The most immediately apparent thing this album conveys to its audience is just how f*cking cool Tobe Nwigwe, and the entire Nwigwe family, really are. When I watched his NPR Tiny Desk Concert back in the day (I heavily recommend it), I couldn’t get over how Tobe’s wife, Martica “Fat” Nwigwe, sat in-studio with their infant daughter, and they looked so at peace, like they were all born to make music together. The family does a ton of nonprofit work in Houston, and have more than earned the city’s goodwill. Tobe generally provides more of a grassroots hometown feel but tosses in a little bit of mainstream appeal, both of which work in tandem on this newest project.

moMINTS’ first two sister tracks immediately set up what will be a unique experience. Tobe Nwigwe’s music is a family act, with Fat operating as his partner in crime, an extremely talented emcee in her own right. The first track, Part One, allows Tobe himself to flex how comfortable he is in his skin, paying dues to his Nigerian roots amidst an energetic, hyped-up chorus.

“Tobechukwu Dubem Nwigwe, who cares if it’s hard? You gon’ have to pronounce that”

And immediately, as he does often and unabashedly, there’s a shoutout to his hometown of Houston in the very first line of a controlled, extremely polished verse. Tobe has a lot to say generally, but skirts the line of being overly preachy most of the time, and Part One here is no exception. The chorus has infectious energy off rip to really pull its listener into the album, and Tobe follows that up with something real to say. Already, there’s a feat many albums can’t pull off. But then, in Part 2, Fat Nwigwe comes out the gate with some heavenly melodic work, repeating that same chorus Tobe just screamed in lyric and cadence, but turning its feel from house banger to something fka Twigs might have made. It’s especially powerful when you’ve been following Tobe, Fat, and their family, but even for those who haven’t, the chemistry the two have is undeniable – palpable on record. Tobe follows up his wife with another strong verse backed by bongo drums, dreamy synths, and a fat bass line. He stresses one of the album’s more apparent themes, his spiritual viewpoint and appreciation for his Black family and desire to “Build a generation”. Both tracks together create this familial aura of cohesion and power, something that usually you need Hov and Beyonce to create – Tobe and Fat aren’t shy about that influence, even alluding to it throughout this album.

The third track, Destruction, is an upbeat banger that serves to bridge the gap between two more impressive pockets within the album. Tobe floats atop the beat before it ever drops, with his verse backed by some spacious drums and the occasional guitar riff. Then, he hands the track off to Los Angeles based rap collective Coast Contra, which boasts four rappers, all of whom have verses. It gets to be a little too many cooks in the kitchen, but Ras Austin has a really impressive boom-bap sounding verse that makes me interested enough to check out Coast Contra’s music, which is exactly what a feature is supposed to do.

But it’s alright that Destruction fell a little flat for me, because moMINTS’ fourth track, “Lord Forgive Me”, featuring Pharrell and Earthgang’s Johnny Venus (Or Olu? I honestly am not sure which one he prefers to go by anymore), is one of the best songs of this year. Everything about this track is excellent. Pharrell’s beat wastes no time, with a heavy 808 expertly weaving its way around electronic string chords. If your head isn’t bobbing during Tobe’s verse when the drums hit, you gotta go check yourself into St. Luke’s.

The chorus is written perfectly, depicting the mental struggles of Tobe’s sins, contextualized with the circumstances of growing up in Alief and his desire to keep his family safe and healthy. Tobe is not shy about his religious devotion, but is even less shy about conveying the things he’s willing to do, or has already done, for his family. “Lord Forgive Me” depicts those principles and their interaction in an intriguing, fulfilling way. And he absolutely rides Pharrell’s excellent instrumentation. Pharrell and Johnny Venus combine for a chorus that fits well with the song, creating some fantastic replay value. And Fat KILLS her verse. This album is Fat’s as much as it is Tobe’s, where she provides highlights with efficiency. Her verse on “Lord Forgive Me” is definitely one of them – as is her verse on the next track, “Get a Little Bag”, which seems to exist solely to show off Fat’s ability to double-time float over a nasty collection of drums.

“Been Broke” is a club banger with a solid 2 Chainz feature and Houston mixtape legend Chamilliionaire coming back to the music scene for the first time in a minute to absolutely steal the show, but is hampered by one of the more mind-numbingly bad choruses in recent memory. Afterwards, “Head To Hades” has Tobe and Royce 5’9 in an old-school feeling display of rapping acumen, with both Christian and Greek mythological imagery painted from two seasoned rappers. The track centers around some college-gameday type trumpet riffs, but it fits in the context of the album cohesively and I find the trumpet loop sticks in my head even when the album stops.

The next notable highlight is the grandiosity of “Catfish Blackened W/Grits”, featuring CeeLo Green. This track effectively conveys an appreciation for Southern culture, especially Black Southern culture, a heartwarming expression of pride and solidarity. CeeLo’s verse is insane, because he sounds like a manic mix between Danny Brown and Yelawolf, the way he always has. Tobe goes into a harmonic baritone for the chorus, interspersed with his much higher pitched screaming tone, the one employed in the intro track, for his adlibs. It all builds into a spectacle of a soundtrack, but conveys a lovely image of Black solidarity and pride in where our narrator comes from. CeeLo does hit us with the worst Houston joke, though – “uh oh Houston, think we got a solution”. Atlanta folks, right? He means well, I guess.

Finally, the closing track of moMINTS is…just really special. I almost don’t know what to write about it, short of just copy and pasting the entire lyric page. If you’re going to listen to one track from this album, it should be this one. Tobe speaks vulnerably about Farouk, with a voicemail from Farouk serving as the track’s introduction, 10 years into serving a 25 year sentence. Tobe goes on to expound on his upbringing, on his experiences in life compared to Farouk’s:

“and though we grew up modestly/

We couldn’t recognize an olive tree and burnt the branches/

No peace offerings for feral youth/

Where I’m from, if you speak softly, then they bury you/”

It all culminates in a moralistic, powerful message that touches on an appreciation for being different, on an appreciation for everybody’s struggles, on the power of spirituality, on urban life and Black life and so much more. After Tobe’s verse, David Michael Wyatt comes through with one of the best and hardest hitting vocal performances you’ll hear for a while, wrapping up the album on a heartfelt, heavy note. It’s a really, really fantastic closing track for an album that would have no problem keeping its listeners engaged for a couple more minutes.

Tobe Nwigwe’s moMINTS gets an 8/10 from me, with a couple standout tracks that will stick with me forever.

Highlights: Round Here Pt. 1 and 2, Lord Forgive Me, Catfish Blackened W/Grits, Chopped It Up W/Farouk

Lowlights: Been Broke, Mini Me