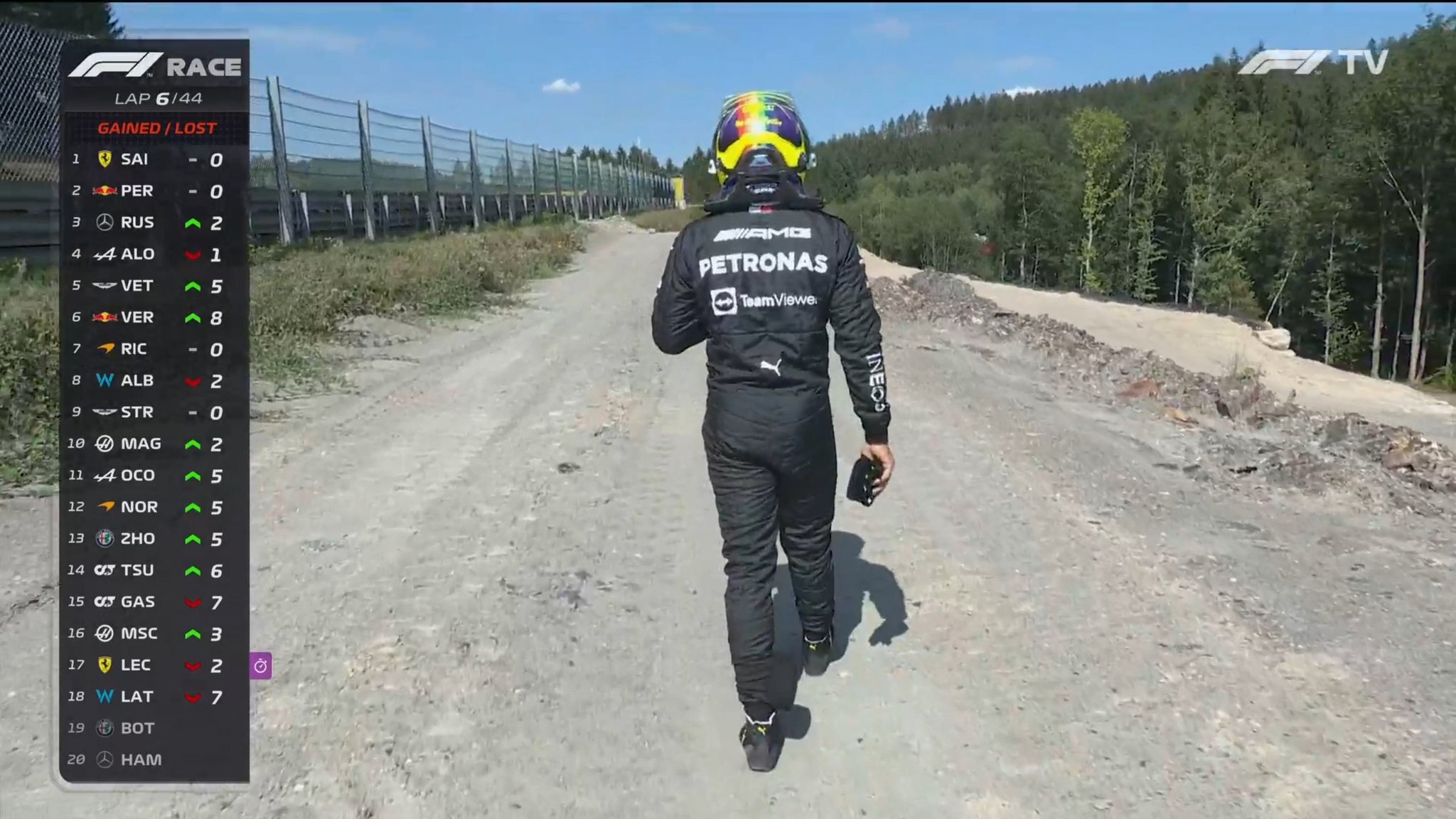 While you were asleep, Formula 1 started their second half of the season with the Belgian GP. In a race, where Max Verstappen and Charles Leclerc started at the back of the grid all eyes were on Mercedes and the #2 drivers respectfully for Red Bull and Ferrari.

Alonso and Hamilton dust up and boom THE GOAT of F1 is out of the Belgian Grand Prix before it even gets going. The excitement of race day ended with that moment because it was an absolute snooze fest for the next 42 laps. Max Verstappen chased literally every driver down with ease and won in Spa. Red Bull has a damn spaceship on the track right now and I feel dirty for rooting for them but winners win and sometimes they whine like Max.

P.S. Ferrari needs to blow it up just an absolute embarrassment in strategy week in and week out. They are the Los Angeles Angels of F1.