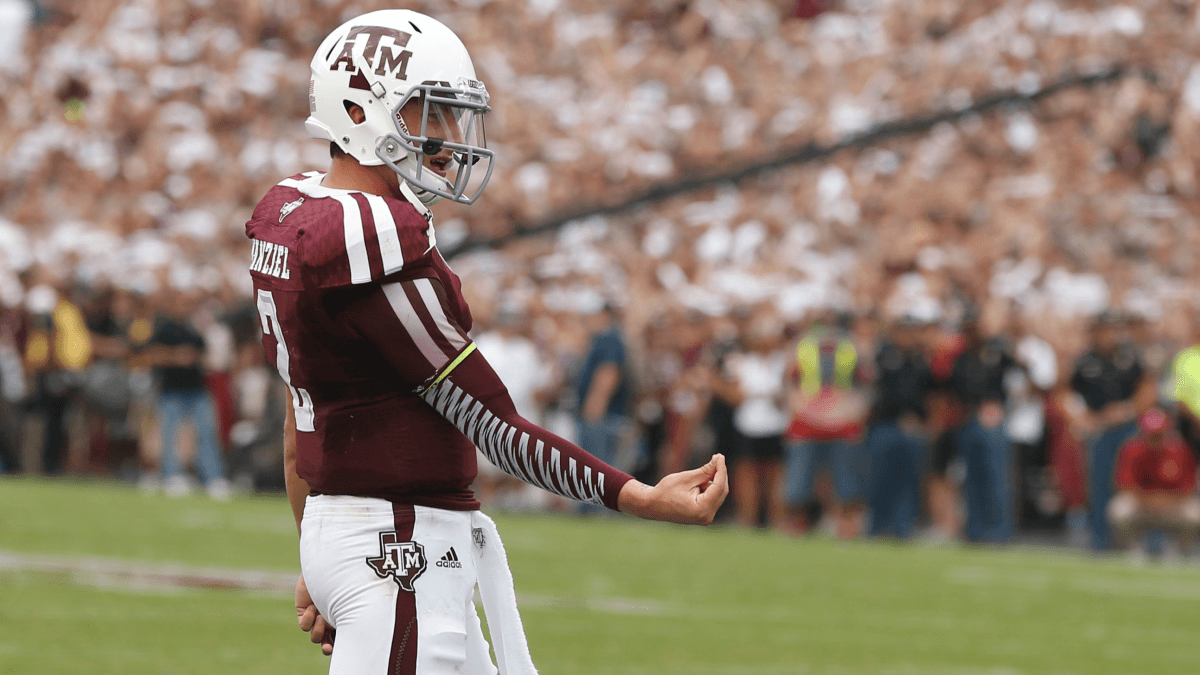 The original tweet from some random user on Twitter read something along the lines of the Manti Te’o documentary was really good, but how in the world do we not have a documentary on Johnny Manziel yet? Buddy, did Netflix really get me all riled up this morning.

Johnny Manziel is probably the most polarizing player in college football history. We’ve already heard the stories about how Johnny was in Miami signing autographs in a room at the Fountainebleau for a measily $33,000 in pre-NIL college football.

What about the story of Johnny heading to Vegas in a disguise and throwing up all over the practice field the next morning?

The guy had one of the most electric performances against the first Nick Saban lead Alabama dynasty. Manziel is truly in a league of his own when it comes to Netflix’s Untold series. The Manti Te’o documentary was truly fascinating because we all finally got the full story from both sides. Can you possibly imagine what stories Johnny has in the vault that he hasn’t already told on his podcast? Nothing is going to prepare me enough for Netflix’s Johnny Manziel documentary.

Stay tuned to the Apollo’s College Football coverage all season long including our Weekly Gambling Pit & much more! Follow our new College Football podcast “The Get Back Coach” wherever you get your podcasts and follow @ApolloHOU on all platforms!