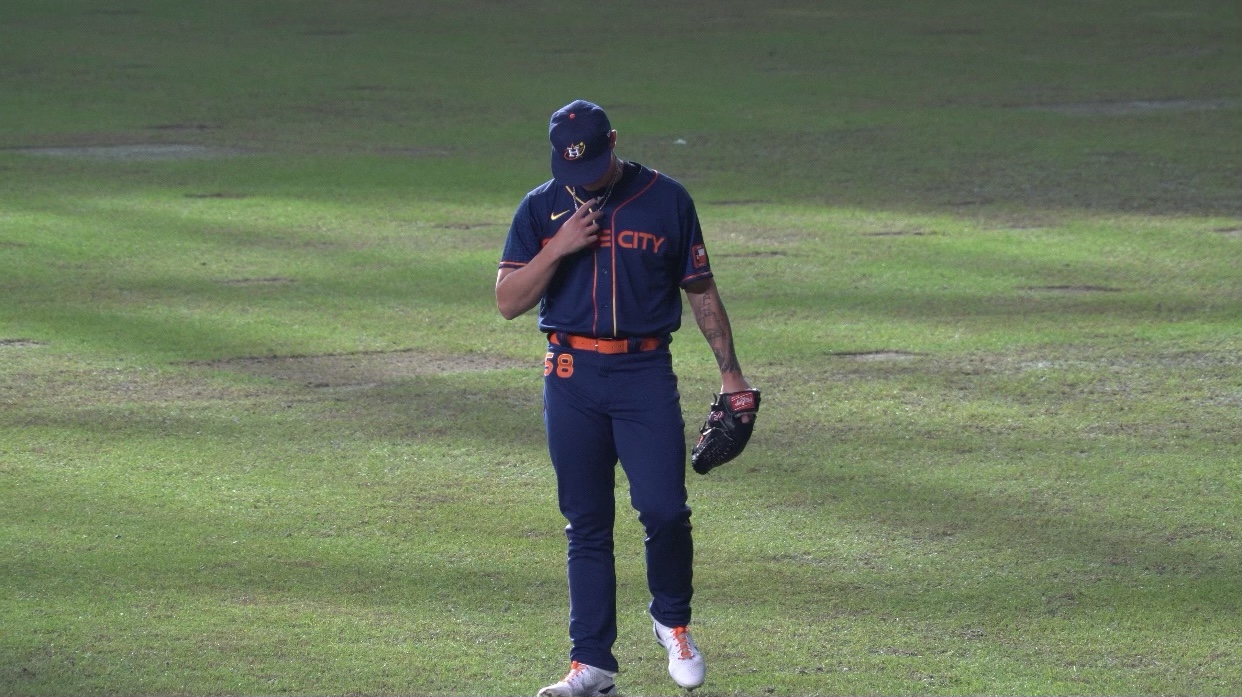 Unless you’re living under a rock, you might have heard the Astros #1 prospect made his Major League debut last night. Hunter Brown, the 24 year old out of Detroit, Michigan absolutely shoved over 6 innings. If you have been following along all season, Hunter Brown’s success should not come as a surprise but as validation. This is a kid who was stuck in AAA with big league stuff and just waiting for the call. Ben Zeidman wrote about Hunter back in May and like true poetic fashion Hunter Brown forced his way on.

As his start progressed, I was curious to see if the adrenaline dump would occur and we would see a tick down in velos. I was wrong. Hunter Brown continued to keep his velo up on all his pitches and dominante an Arlington Rangers lineup.

Hunter Brown finished the night with 6 innings of shutout ball, sprinkling 5 punchies and scattering 3 hits. What a night for the rookie who had his family and AAA teammates in the stands.

Baseball is poetic it always finds it ways with its story lines and not only did we get the Baby JV comparisons but we have a schedule that lines up with a Detroit homecoming for Mr. Brown and Mr. Verlander next week.