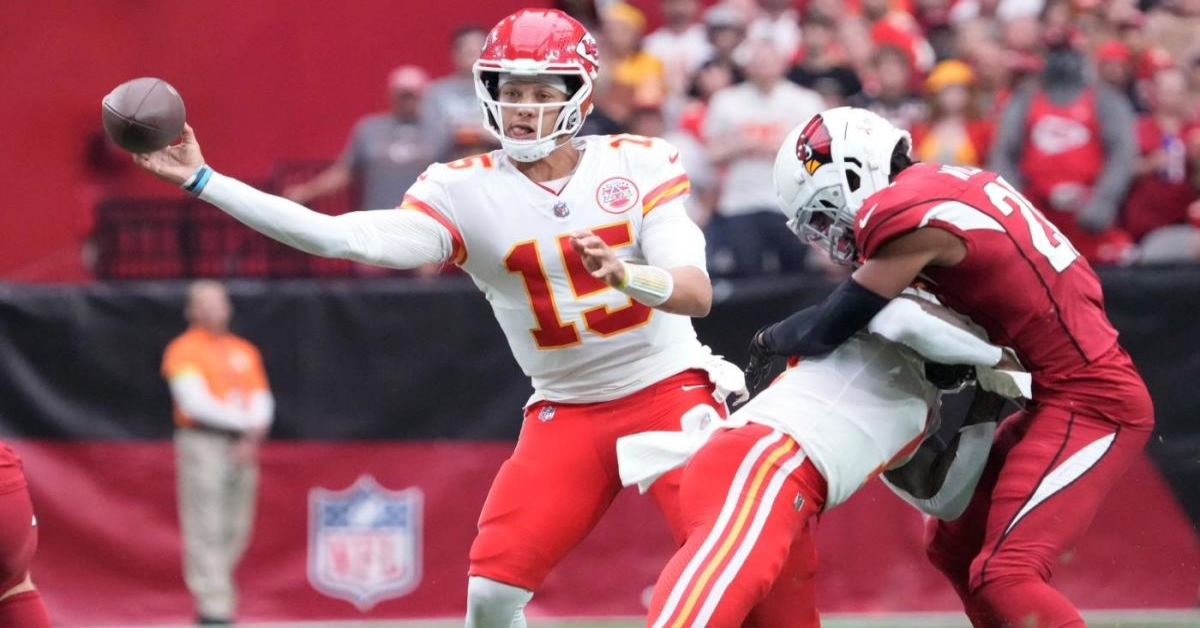 NFL Week 1 action has come and gone and it was a great one. Every week I will be sharing the things that stood out to me while I sat on the couch for ten consecutive hours. It feels good to be back. Let’s dive in.

Josh Allen, Justin Herbert, and Patrick Mahomes… take a bow. The three most exciting players in the NFL absolutely lit the world on fire in NFL Week 1. Allen took center stage on opening night and shredded the Rams’ defense for over 300 total yards and four touchdowns, one of which he posterized a defender and “dunked” the ball over the goal line.

More so than anyone, Allen looked like a man on a mission and the Bills looked the part as the Super Bowl favorites.

Just as he did to end last season, Justin Herbert made light work of the Raiders’ defense. Herbert’s ability to work through his progressions and then fire a missile into the tightest of windows is unmatched. The Chargers didn’t want to start 0-1 with a trip to Kansas City looming on Thursday, and Herbert made sure that the Bolts handled business at home against the Raiders. Herbert threw 3 touchdowns, completed passes to nine different players, and put up a 129.4 QB rating.

Patrick Mahomes heard all the talk. Questions about the offense without Tyreek Hill, statements made about how he ended the season vs the Bengals, all the Chargers and Broncos offseason hype, he heard it all. This was a vintage “don’t forget that I’m Patrick freaking Mahomes” game from Patrick freaking Mahomes. Vance Joseph and the Cardinals’ defense inexplicably blitzed Mahomes on 54% of his dropbacks per PFF and Mahomes made them pay. Blitz or no blitz, Mahomes was eating this secondary alive, spreading the ball around to all of his new toys in the process. The Chiefs’ O-line held up incredibly well and gave Mahomes time to cook on every play. If that offense stays healthy and the line plays like THAT, it might not matter what other teams in the NFL do.

2. The Bills and Eagles will be division champs

The Bills blew out the Rams on opening night while the Eagles held off the pesky Lions on the road in Detroit. Two of the worst performances of the week came from the Patriots and the Cowboys. The Pats looked discombobulated on offense all day against Miami. Not shocking when you remember that Joe Judge (special teams guy) and Matt Patricia (defense guy) are co-running this offense and trying to implement the Kyle Shanahan offense on the fly. It’s hard to imagine two coaches less fit to implement this scheme. It’s like throwing a toddler in a Red Bull and then expecting him to be just as good as Max Verstappen.

Down in Dallas, it’s only NFL Week 1 but there is a disastrous football season brewing. Dak is out for around two months with a bad thumb, while the O-line and WR rooms are about as thin as it gets. Dallas is no longer a threat to Philly in the NFC East. Perhaps the Dolphins, Commanders, or Giants can be frisky. But at the end of the day, the kings in the east will be Buffalo and Philadelphia.

3. The Falcons and Jaguars will be good TV

It might not result in wins, it certainly didn’t on Sunday, but I didn’t mind watching the Falcons and Jaguars at all. Both defenses are bad but do feature at least a few exciting players. On the offensive side of the ball, Atlanta and Jacksonville moved the ball consistently and appeared much more functional than last season. In typical fashion, the Falcons blew a fourth-quarter lead and allowed the Saints to escape with a win. But Marcus Mariota looked healthy and was out there doing some things. Cordarrelle Patterson, Kyle Pitts, and Drake London create a fun trio of weapons that allow Arthur Smith to do a lot of fun stuff with that offense.

After failing to look like an NFL team in 2021, the Jags played well for three quarters in Washington on Sunday during NFL Week 1. A few hiccups in the red zone and a late Carson Wentz surge doomed Jacksonville in the fourth quarter, but at least we get to see what Lawrence looks like with a competent coach. Not only does Lawrence have the stink of Urban Meyer removed from him, but he also has some fun weapons like Christian Kirk and Travis Etienne to distribute the ball to. As the year progresses and Lawrence establishes more in-game chemistry with his guys, the Jags will start to parlay good stretches of football into some actual wins.

It’s important to remember how last season started for the Packers. Green Bay opened 2021 by getting routed by the Saints, 38-3. The Packers then went on to become the one-seed in the NFC and Rodgers took home MVP. Not only did Rodgers not have Davante Adams, he also didn’t have his replacement, Allen Lazard. The Packers are going to endure some growing pains without Adams, but the coach and QB are too good to not figure it out.

No loss to the Bears is a good loss, but the 49ers shouldn’t be hitting the panic button after an NFL Week 1 loss in a monsoon. 99% of games will not be played in conditions that horrible and Lance should be able to play some games in decent weather before any real judgment is passed. Additionally, the Rams and Cardinals came out of the gate slowly. The NFC West does not appear to be the juggernaut that it was a year ago, — outside of the electric factory that is Geno Smith and the Seahawks — meaning the 49ers will be able to stay in the race while Lance starts to gain experience and confidence.

Saquon Barkley and A.J. Brown are the league winners if they stay healthy.

Imagine not being the mayor of Christian Kirk island. Couldn’t be me.

JuJu got 8 targets from Mahomes and looks ready to smash his ADP.

Keenan Allen hurt his hamstring, but Mike Williams and Josh Palmer should be in lineups moving forward despite a bad opener.

Derrick Henry is going to be extremely TD-dependent this year.

I’m not worried about Kamara and Pitts but they certainly have my attention.

Rex Burkhead is worth an add in deep leagues.

Nobody on the Steelers is going to be a reliable option.

I’m going to update my pick every week for the SB and rank the MVP candidates. It will be interesting to see how much these change over the course of the year.

It’ll take me some time to move off my preseason pick. The Bills couldn’t have looked much better and Rodgers just needs a little time on the field with some of his new weapons.

NFL Week 1 was a great one but Week 2 looks even better. Chiefs-Chargers on Thursday Night Football, FASTEN YOUR SEATBELTS. It’s a shame that the Chargers will likely be without J.C. Jackson and Keenan Allen, but Justin Herbert is still going to put on a show. The Chargers emptied the bag this offseason because they wanted to take down the Chiefs. The Chiefs have endured the Chargers’ hype train for months and want to make a statement at home. This game will go a long way to deciding who wins the best division in football. Game of the week is a given, but anytime Mahomes and Herbert share the field there is game of the year potential. Make sure you have your Prime Video sorted out before Thursday night.

The Ravens and Dolphins handled business in week one, it will be interesting to see how that one plays out in Baltimore.

Two games on Monday night in week two. I’m a big fan of this and like the games that the NFL is giving us. Titans-Bills and Vikings-Eagles will be an excellent way to wrap up the week.

In this article:football, NFL, nfl week one