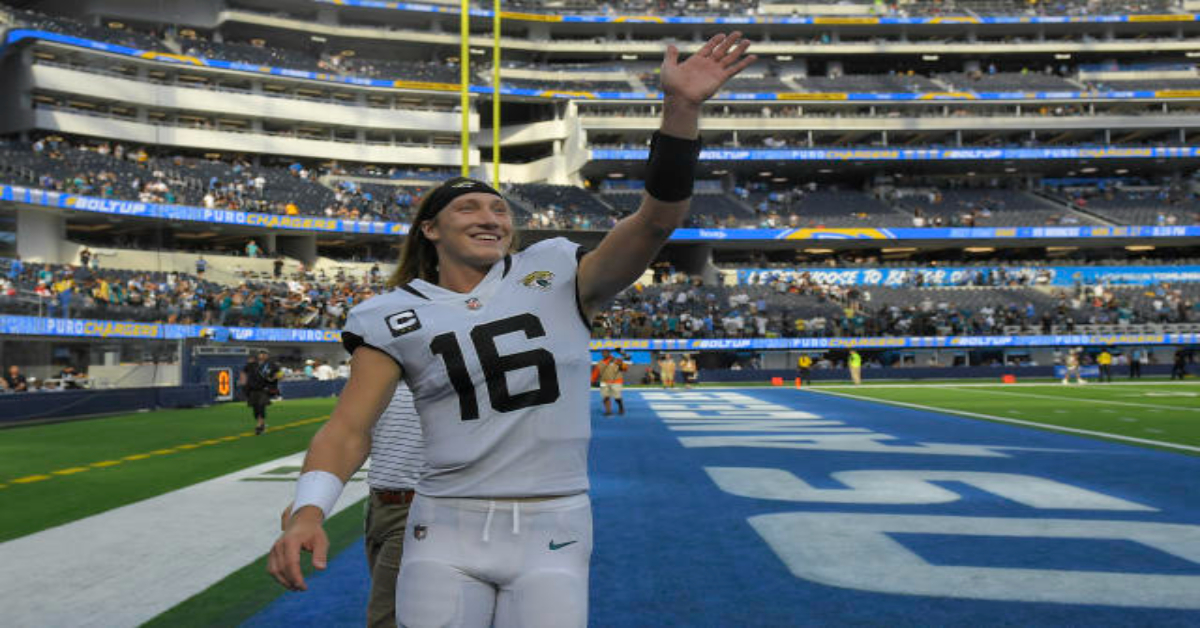 NFL Week 3 was a bloodbath. The heat in Miami had top-tier athletes dropping like flies while injury reports around the league are transitioning from tweets to novels. As always, I sat down and watched it all. Here are my takes.

1. The Jags are more than a fun story

Society and social media should never stop dunking on Urban Meyer after his disastrous 2021 campaign. But it has become time to start giving Doug Pederson some serious credit; the Jags are showing all the signs of a well-coached group three weeks into the season. After a 38-10 dismantling of the Chargers, the Jags sit atop the AFC South and have the best point differential among division leaders. Just nine months ago, Trevor Lawrence could barely get the ball snapped before he was instantly mugged by defenders while his receivers ran into each other down the field. This season, Lawrence is in complete command of this offense that is executing a wide variety of plays at an extremely high level. Nobody on the team ever looks confused, and each guy is being put in the best possible position to succeed. That’s how you get a young team to buy in. The talent is clearly there after 97 straight years of picking in the top 5. Suddenly that talent is being maximized and is laying a beatdown on opposing teams every Sunday. Trevor Lawrence is making the leap right now; this thing is happening. That defensive front is real, and the coaching staff has been a step ahead of the opponent every game. This is not a cute early-season surprise, the Jags are just good, and they aren’t going anywhere.

2. Tom Brady needs his boys back

Despite all the chaos going on in Tampa, there shouldn’t be many questions surrounding the Bucs’ outlook three weeks into the year. If this team can get healthy on offense, Tampa is the team to beat. Brady looks like Brady, and that defense looks faster and more physical than ever. Todd Bowles‘ defense is first in DVOA, per football outsiders, and it isn’t that close. On the other side of the ball, the Bucs have been a mess. Brady has been forced to play far too many snaps without his favorite targets, and it has shown. Scotty Miller and Cole Beasley ain’t it. Through NFL Week 3, the Bucs’ offense has looked a lot closer to the Pats’ 2019 offense than anything Brady has had while in Tampa. It was the lack of playmakers on that Patriots team that had Brady looking washed up –before he leaned into the Kale smoothies and Quinoa IVs — and it’s the lack of playmakers that has the Bucs’ offense stalled right now. If the Bucs get healthy, they are going to be damn good. But getting healthy is not a guarantee. Julio Jones hasn’t been fully healthy since the cold war, and Chris Godwin hasn’t been on the field for a while now. Godwin unlocks the middle of the field for Brady and also is a big part of the Bucs’ running game. There is plenty of time to get healthy, but there’s also time for things to get worse. Tampa’s biggest opponent this year likely isn’t the Packers or Eagles; it’s the injury report.

3. The AFC West is not living up to the hype through NFL Week 3

The AFC South went 3-0 against the AFC West in NFL Week 3. Entering the season, I could have NEVER seen that one coming. The AFC West was supposed to be the most daunting division the league has ever seen, and that’s just not the reality. So far, this division features a B-version of the Chiefs and three other teams that are average at best. The Denver Broncos provided the lone win of NFL Week 3 for this division, but it did not feel like it. Despite the 11-10 victory against the 49ers on Sunday Night Football, Russ and the Broncos were excessively booed at home for the second straight week. Bronco fans have been dying to get a real QB in the building, and when they finally think they have one, he looks washed immediately. This scene from Succession PERFECTLY portrays the situation in Denver right now between the fans and their new quarterback.

The fans dying of Drew Lock have suddenly become Russell Wilson critics?! I don’t blame them. There just might not be any depth there.

While the Broncos look bad despite winning, the Raiders and Chargers look horrid and have just one combined win.. and that win was the Chargers beating the Raiders in Week 1. Vegas is simply not getting enough from their big acquisitions — Davante Adams and Chandler Jones. In LA, the Chargers have once again been decimated by injuries, and this hole is becoming too deep to dig out of. The Chargers entered Sunday without Keenan Allen, J.C. Jackson, and Corey Linsley, but it was the injuries that happened during the game on Sunday that put the real dagger in the season for the Bolts. LT Rashawn Slater and DE Joey Bosa each left the game early, and they are both severely injured. Slater is done for the year with a torn bicep, and Bosa is set to miss extensive time with a groin injury. Outside of Justin Herbert — who is playing through fractured rib cartilage — you couldn’t pick two more important players to lose than Slater and Bosa. The Chargers have no depth behind either of those players, and it’s about to show.

The big bad AFC West is looking like a… below average division? In just three weeks? If there is one thing you can count on in the NFL it’s that you can’t count on anything.

4. The road to the Super Bowl will run through Philly

It’s a good time to be a fan of the Eagles. The new players on defense are having an immediate impact and Jalen Hurts has this offense HUMMING. A.J. Brown has opened up the middle of the field and DeVonta Smith is winning on go-routes with consistency. The O-line is giving Hurts time to throw and he just isn’t missing. Add in Hurts’ ability to scramble and make plays with his legs and you officially have an offense that is a nightmare to prep for. Although I’m getting close, I’m not ready to declare Philly the best team in the NFC, but I think the Eagles will grab that No. 1 seed. The Eagles are 3-0 after a thrashing of the Commanders and have an absurd amount of easy games left on their schedule. Things change quickly in this league; just ask the Chargers. But as things sit now after NFL Week 3, Philly is in prime position to secure home-field advantage in the playoffs.

Trevor Lawrence is approaching “set it and forget it” territory.

Hold the Chargers for one more week, hope they destroy the Texans, and then… sell. them. all.

Baker Mayfield hates fantasy football more than our spouses. He has officially murdered my guy D.J. Moore and has turned our beloved Christian McCaffrey into LeGarrette Blount. Just throw the ball to the good players, man.

This will be the last chance to buy low on Gabe Davis before he scores 3 TDs against the Ravens on Sunday.

Saquon Barkley is now the favorite to finish the year as RB 1.

The Romeo Doubs breakout is about to become a real thing in Green Bay. Get him now.

Breece Hall is slowly but surely taking over the Jets’ backfield, but I’m hesitant to declare anything with the Cougar King Zach Wilson making his return.

Mack Hollins is WR 1 in Vegas? Just as we all predicted.

Clyde Edwards-Helaire is possibly the most obvious sell-high candidate in fantasy football history. If CEH is on your team, spam trade offers to send him away.

Even though the Packers beat the Bucs, I feel better about Tampa coming out of that game. When Tampa gets healthy, they will be my pick.

The Eagles are also starting to really knock on the door, but I’ll stick with what I believe is the safest bet right now and that is the Packers.

It will be easy to declare the winner of this week’s Josh Allen–Lamar Jackson showdown the frontrunner for MVP, but don’t sleep on what Jalen Hurts is doing. Still way way early, but this is shaping up to be a great MVP race.

Week 4 provides easily the best slate of games this year. The primetime games were BRUTAL in NFL Week 3, and the league is making it up to us with a slate of Dolphins–Bengals, Chiefs–Bucs, and Rams–49ers. And if that is not enough, Sunday also provides Bills–Ravens and Jaguars–Eagles. It’s pretty rare to get five games that good in one week. Last but not least, WE GOT A LONDON GAME. The 4-5 hour gap between waking up on Sunday and kickoff is the absolute worst; London games take care of that issue. Set that alarm and be ready for Kirk Cousins vs Jameis Winston across the pond.

The only thing better than watching football for 10 straight hours on Sunday is doing it for 13.