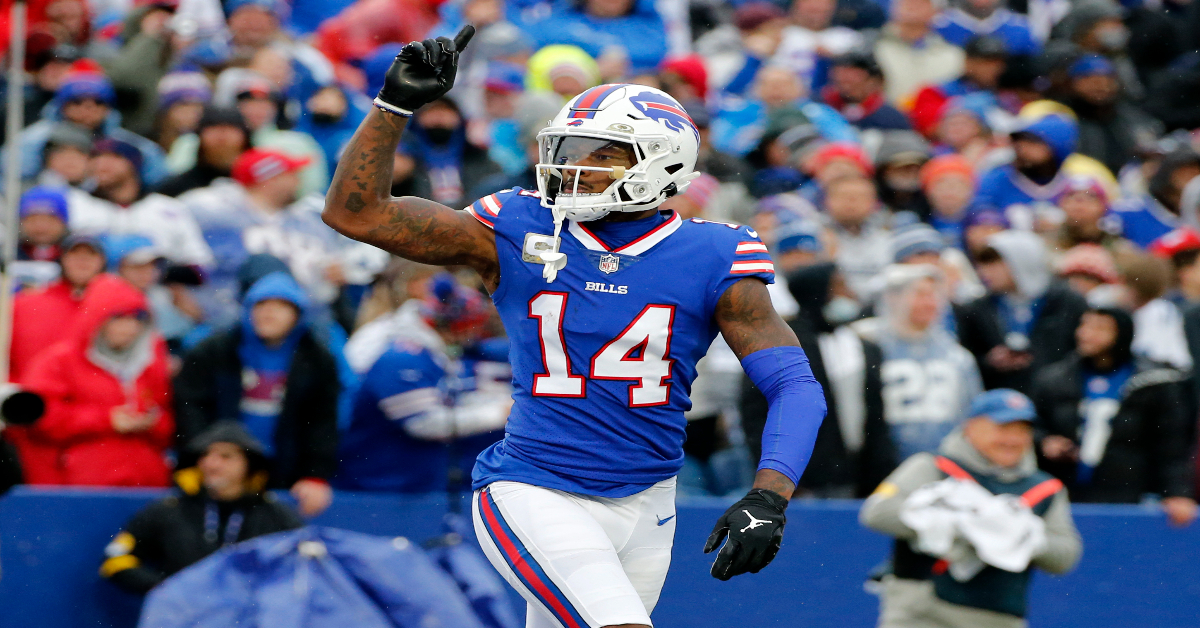 Week 6 in the NFL had it all. Statement wins, major upsets, revenge games, overtime. You name it. There is a startling lack of good football being played right now, but there’s no shortage of close games and storylines. Here are my thoughts on Week 6.

1. The Bills did it. But they are going to have to do it again.

Buffalo fans should be celebrating this 24-20 win over the Kansas City Chiefs. The Bills have been one of the best teams in the league for a few years now, but they kept having their season ended by Patrick Mahomes at Arrowhead. All of the Bills’ draft selections and free agent signings over the past two years have been done with one thing in mind. Build a team that can beat the Chiefs. Well, on Sunday the Bills slayed that dragon, they broke the dam, they cleared that hurdle. But if the current football being played by other AFC teams is any indication, it seems likely that these teams will meet for a third straight year in January. That potential showdown in January could look a lot different than the previous two for a few reasons – no Tyreek Hill, the addition of Von Miller, and most of all, 71,608 unhinged members of Bills mafia. The win on Sunday by no means guaranteed that this rematch will take place in Orchard Park. The AFC East is surprisingly better than the AFC West right now, meaning the Bills could have a more difficult schedule to finish the year than KC. However, the head-to-head tiebreaker is a big deal and it has been placed in the magical hands of Josh Allen.

Go crazy, Buffalo, you earned this one. But the job is not done. When Patrick Mahomes comes running into Highmark Stadium in January those nerves are going to be back. It can be done though, you’ve now seen it.

2. It’s almost time for a serious Rodgers and Brady discussion.

Two of the bigger upsets of the week came at the expense of Aaron Rodgers and Tom Brady. Moneyline parlays and teasers went up in flames all across America as the Jets defeated the Packers and the Steelers took down the Bucs.

Aaron Rodgers is feeling it right now. His wide receivers are… well, they aren’t Davante Adams and that’s a big deal. The run game is a non-factor and the defense continues to underachieve relative to the talent on that side of the ball. And below all of the turmoil and excuses there is Aaron Rodgers who is just not playing very well. Rodgers has always been known as someone who protects the football with the best of them, but he’s put more than a few up for grabs this year. He’s not connecting on the deep shots as often as usual and ranks just 20th in adjusted EPA per play through 6 weeks. Every part of the offense needs an intervention right now, Rodgers included.

The stunner of the week came in Pittsburgh where a not-so-dynamic duo of Kenny Pickett and Mitch Trubisky handed the GOAT his third loss of the year. Is Tom Brady finally washed? It’s a question as old as time itself. In the past if you answered that question with a yes, you were proven wrong. The millions of people — now including a certain brazilian supermodel — that are praying on the demise of Tom Brady are having a nice start to the 2022 season. The Bucs’ O-line is the worst that it has been since Brady arrived on scene and Tom isn’t handling the pressure as well as normal. He’s getting rid of the ball like an old QB that doesn’t want to get hit and he’s checking down a lot, even for Tom Brady. His arm still looks pretty good and the accuracy is there when he has the time and space, but that hasn’t been often. I don’t think that Brady is cooked quite yet and there is still a large part of me that feels like this offense will have a lot of these issues cleaned up come the playoffs.

Brady and Rodgers have been playing this game at a high level for a long time and have been a joy to watch. Nobody stays good forever, and for many fans out there the downfall of Brady and Rodgers will be a welcome sight. These quarterbacks are not dead yet, but their relatives are certainly looking into buying them one of those life alert necklaces.

3. The Ravens keep losing close games and the Giants keep winning them.

I heaped some praise onto Brian Daboll last week regarding the job he has done with the Giants in his first year. After a win in London over the Packers in Week 5, the Giants returned to America and kept it rolling with a 24-20 comeback win over the Baltimore Ravens. The Ravens held the lead for most of this game before the Giants took advantage of some mistakes from Lamar Jackson and walked away with yet another win. The Ravens are 3-3 and all three losses have been of the blown-lead variety. Baltimore’s offense is so dependent on Lamar Jackson and Mark Andrews being super humans that when they are not, the offense struggles to hold the ball and put away games. Their is a clear lack of juice at the wide receiver position and the running game is nothing to write home about. The Ravens are clearly a good team, they’ve been in control of all six of their games. That’s a great sign but you’d certainly like to have more than three wins to show for it.

Meanwhile, the 5-1 New York football Giants have snatched victory from the jaws of defeat yet again and head into the Jags, Seahawks, Texans, Lions portion of the schedule feeling more than frisky. The Ravens are better than Giants via the eye test and every metric under the sun. But that’s the beauty of football. The games aren’t played on spreadsheets and calculators. Close games have defined the season for these teams and it’ll be fun to see if these trends continue as the year rolls along.

4. The Cardinals are more of a joke than we thought.

This past offseason the Arizona Cardinals extended head coach Kliff Kingsbury, GM Steve Keim, and quarterback Kyler Murray. Why they did this? Not sure. Kingsbury has been consistently bad since joining the Cardinals after he was deemed not good enough to be the head coach of Texas Tech. Keim has not exactly made the most optimal moves with the Cardinals in recent seasons, yet the extensions were given out nonetheless. After a 19-9 loss to the Seahawks, the Cardinals sit at a pretty lucky 2-4 record.

Kliff is bad at everything.

The opening game script is putrid, the Cardinals haven’t led at halftime once this year. This offense is offensive and not in a good way. The end of game management is non-existent and yet Kingsbury remains inexplicably employed, much to the delight of other NFC teams. There seems to be no preparation, organization, or dedication at any level of this franchise. This leads to an inept performance against a bad Seattle defense and paves the way for the Cardinals to be mocked on social media, as they should be.

Austin Ekeler is all the way back to his TD scoring ways and is going see billions of targets until the Bolts’ O-line gets healthy.

Taylor Heinicke is set to command the Commanders with Wentz hurt. Terry McLaurin could be a buy super duper low with games against the Packers, Vikings, and Texans on the horizon.

Deebo is about to start putting up some big numbers with the 49ers’ defense being this banged up.

Breece Hall is the only Jet you can start with any confidence if that wasn’t already obvious.

AJ Dillon being unplayable is not something I saw coming but here we are.

Melvin Gordon seems to have let a golden opportunity slip through his fumble-prone hands. Go hard on waivers for Latavius Murray.

Andy Dalton is certainly better for Kamara than Jameis is, now if we can just get Alvin into the end zone…

Try to acquire Chris Godwin in PPR leagues. He looks great and Brady has no time to push the ball deep to Mike Evans.

It appears the key to fantasy football in 2022 was simply drafting Josh Allen. Sometimes we make this too complicated.

Time to make the switch. I said I wanted to see Philly play well in the second half against a good team and they did just that on Sunday night against the Cowboys. Don’t be shocked if the Bucs figure it out come January, but the Eagles will have home field and look significantly better right now.

Some weird stuff is going to have to happen in order for Josh Allen not to win this award.

Not the prettiest of slates this week. The Bills, Rams, Vikings, and Eagles are all on a BYE and you can feel it when looking at the schedule. The Steelers are playing on Sunday night football for some reason and then we get the Bears in primetime again on Monday night. Whenever you have the chance to put the Bears in primetime two weeks in a row you simply have to do it I suppose. The best game of the week is the Chiefs visiting the 49ers, but even that game could be a bust depending on the 49ers’ injury report this week.