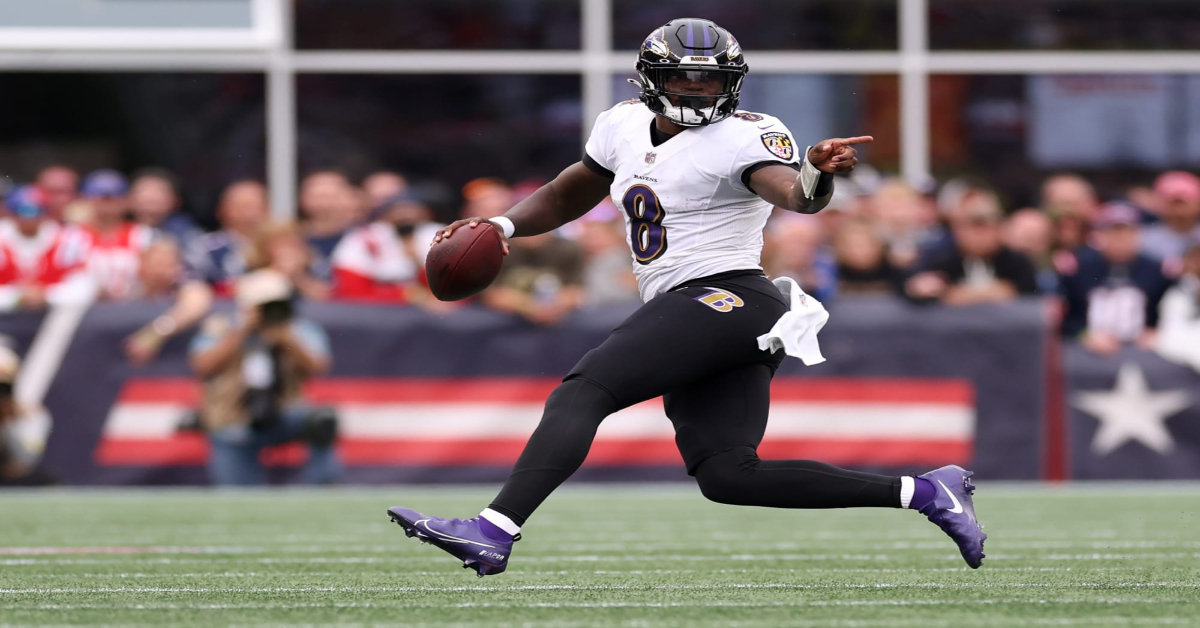 Taking a break from the normal format this week to give an update on where all 32 teams stand after seven chaotic weeks in the NFL. This list combines performance up to this point with how I believe the teams will fare down the stretch. Happy to argue/defend my rankings in the replies.

The Bills have clearly been the best team in the league so far. They are fantastic on both sides of the ball and have an elite coach/QB combination. Just stay healthy.

KC is really starting to find its groove on the offensive side of the ball. Steve Spagnuolo will find a way to make the defense passable as he always does. It has been business as usual in KC.

The Eagles are in their own class in the NFC. Jalen Hurts has gotten better yet again and the offensive-line is dominant. Philly should cruise to the No. 1 seed as long as it stays healthy.

I couldn’t have fathomed having Dallas at #4 after that week one loss to Tampa, but here we are. The offense is suddenly healthy with Dak Prescott and Michael Gallup back on the field and the Cowboys have had the most impressive defense in the league this year. Dallas is a legit contender in the NFC.

The Ravens have played better than a 4-3 team but have struggled to put away teams. Lamar Jackson and John Harbaugh have earned some trust, but the Ravens still need to find a way to take pressure off of Lamar on offense.

Cincy has played very well on defense through seven games and Joe Burrow is starting to hit some big plays down the field despite a shaky o-line. I have my concerns about Zac Taylor, but the Bengals certainly feel like a playoff team in an underwhelming AFC.

The 49ers’ defense has been ravaged by injuries as of late. These injuries have cost San Francisco some games recently, yet the 49ers are only one game back in the NFC West. Kyle Shanahan and DeMeco Ryans are fantastic coaches and this team is a threat in the NFC when they get some of their guys back on the field.

Mike McDaniel has impressed in the first seven weeks of his head coaching career. The Dolphins have dealt with chaos at the QB position and are still 4-3. This team is fast and is well-coached.

Minnesota has the second best record in the league and sit comfortably atop the NFC North. The Vikings come in at nine because the defense is very poor. A team led by Kirk Cousins with a bad defense can only go so far.

This is where it starts to get really ugly. I have Tampa at #10 because I still believe in this defense and have not given up on Tom Brady quite yet. The lack of a running game has killed this team and it might not be getting any better.

Mike Vrabel is a damn good football coach. This team is not very good but the coaching is so good that it often doesn’t matter. The Titans yet again are on track to win the AFC South simply because they are the only team in the division that can go multiple weeks without making a fool of itself.

The Raiders are better than their 2-4 record. Josh Jacobs is having a breakout season and has opened up a lot for a dynamic Vegas’ offense.

Seattle has been one of the best stories in the NFL this year. Geno Smith is playing like a top-10 QB and Pete Carroll has the vibes high on the sideline. Seattle has also gotten outstanding play from numerous rookies.

It has been an unglamorous season for the defending champs. Allen Robinson has been a bust, the offensive-line is horrible, and they can’t run the ball at all. Matthew Stafford, Cooper Kupp, and Sean McVay should keep this team afloat, but I won’t be surprised with whatever direction this season heads for the Rams.

Just an incredible stretch of wins from the Giants this year. The team is clearly not good, yet they keep pulling out ridiculous win after ridiculous win. The devil magic will run out soon, but Brian Daboll has been nothing short of incredible in his first year as head coach.

The Pats were looking great until they ran into… the Bears? Bailey Zappe and Mac Jones are suddenly in a QB competition if you can call it that. The run game looks improved and Bill Belichick still has plenty of great moments with his defense. The Pats are a fringe playoff team in the AFC.

Too many injuries yet again for the Bolts. This team has lost all-pro after all-pro after all-pro. Justin Herbert is clearly still being impacted by his mushed ribs and is throwing the ball to practice squad wide receivers. The worst part is that the injuries are going to hide and provide an excuse for the real problem and that is the coaching. Brandon Staley and Joe Lombardi have been abysmal and deserve to be on the hot seat.

Every concern about the Packers’ offense has come true. This team really needed to be able to run the ball and they have one of the worst rushing attacks in the league. Combine that with an underperforming defense and you get Aaron Rodgers fighting for a wild card spot.

The Browns have had some terrible losses that have contributed to this 2-5 record. The offense has been good up until it’s time to close the game out, in those closing moments Jacoby Brissett has had some back-breaking turnovers. The main problem here is the Browns’ run defense, which is the worst in the league by a considerable margin.

The worst-coached team in the league comes in here at 20. To say the team looks unprepared every week is quite the understatement. The offense looked much better against the Saints with DeAndre Hopkins back, so perhaps the Cards will begin to consistently put up points, but probably not.

The advanced numbers and the eye-test would tell you the Jags are closer to 5-2 than 2-5. Unfortunately for the Jaguars, the 2-5 record is what counts and this young team has struggled to execute in close games.

The Jets have a been a nice story at 5-2, but the ACL injury to Breece Hall and the poor play of Zach Wilson will catch up to this team. Even with a 5-2 head start, I see the Jets cratering down the stretch and missing the playoffs.

The Saints have been killed by injuries in the secondary and at wide receiver. Throw in the fact that neither Jameis Winston or Andy Dalton look deserving of a starting spot and the Saints’ season is looking grim.

I was ready to completely give up on the idea that Justin Fields could be a starting QB, but he’s started to look much better in the past couple of weeks. Fields makes enough plays with his legs to move the chains and the team just plays hard. The Bears are adorably frisky week in and week out.

Mike Tomlin is going to need a miracle to avoid suffering his first ever losing season as a head coach. The run game is non-existent yet again and Matt Canada’s passing schemes continue to be a joke. George Pickens is a definite bright spot, the Steelers have hit a home run with yet another young WR.

The Commanders were going to be lower but the recent injury to Carson Wentz sent the Commanders soaring all the way to 26! The defense has been better than it was a season ago and Taylor Heinicke seems to ignite a spark to what is usually a lifeless franchise.

The 3-3-1 record is not representative of just how bad this team has looked. As a result, Matt Ryan has been benched in favor of Sam Ehlinger, who will attempt to revive a dead offense.

This season is going pretty well for Detroit. The offensive-line looks good and Amon-Ra St. Brown looks like a star WR. The Lions are racking up losses and should be in a prime spot to grab a franchise QB in April. Not a bad year when looking at the big picture.

The Panthers come in at 30 and are a game out of first place. That tells you all that you need to know about the NFC South this year. This offense has been a disaster since the opening snap of the season.

Despite being tied for first place, I can’t put the Falcons any higher than this. The defense is 32nd in DVOA and Marcus Mariota is looking worse by the week. Arthur Smith won’t call passes even when the Falcons are down double digits for the majority of a game. Just play Desmond Ridder and run a real offense already.

The Texans seem to play hard and give a respectable effort every week. There’s just nothing there really. Dameon Pierce and Derek Stingley Jr. have looked the part. Give this team C.J. Stroud and then it’ll be time to have some fun.