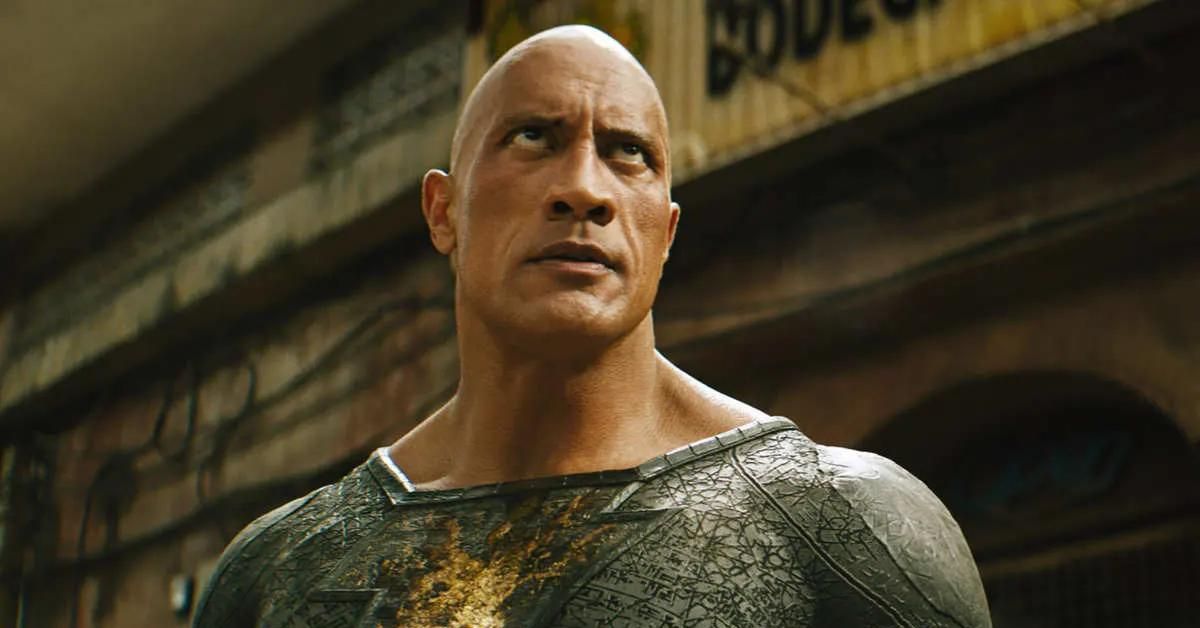 Alright, look. I’m not going to lie to you and I’m not going to waste too much of your time. Black Adam is fine. The vast majority of people interested in Black Adam will go to the movies, buy some popcorn, watch The Rock beat the shit out of some dudes while saying some cool shit like he always does, and then they’ll go home and say things to their family and friends like “the action was cool but the rest of it was kinda lame” and then never think about the movie again.

I usually try to give way deeper analysis than that in my reviews. Check out the one I just did explaining the genius of Tár last week for example. But Black Adam is the kind of movie that lets you briefly engage that little part of your brain that says “yeah. I’d f**k The Rock” and then move on with your life. Now at age 50, Dwayne “The Rock” Johnson, THE MOST ELECTRIFYING MAN IN SPORTS ENTERTAINMENT, has been churning out movies like that for 20+ years. It’s truly amazing that he’s still got it. Black Adam, and by extension the DCEU, will probably benefit greatly from that inexplicable and undeniable charm. It’s The Rock, so people are going to go see the movie. Projections currently have the movie making $135 million in its opening weekend. Which is cool! Thank you to The Rock for saving movie theaters. But the movie itself is a big nothing burger just like every DCEU movie has been to this point. If you’ve seen the trailers, which were almost impossible to avoid, you know exactly what’s about to happen at every point of Black Adam. Cause it happens in every DCEU movie. But more on that later.

Should You See Black Adam?

If you just want to turn your brain off and watch The Rock catch missiles and murder people with lightning magic, Black Adam has got everything you were looking for. Even movie nerds like me can’t deny the appeal of seeing The Rock do his whole…The Rock thing. You know the thing. He just makes shit look cool! I watched this man jump off a falling construction crane and into a skyscraper on a prosthetic leg and was utterly riveted and then never once considered watching Skyscraper ever again. But I had fun! And isn’t that what this is all for? Life is short. So go see The Rock. Go have fun!

Now after the break I’m going to rant about why the DCEU stinks, has always stunk, and will continue to stink until the end of time. Cause that’s fun too. Thank you.

Do Heroes Kill People or Not?

Nearly every DCEU movie to this point, except for Wonder Woman, has the same problem that Black Adam does. They don’t know what the hell a superhero is. In Black Adam, answering that question is the point of the movie, and that’d be a really cool idea except for the fact that…they don’t have an answer. The main theme of the movie goes like this. On one side you have Black Adam who be out here murdering people with lightning magic. Cool. And on the other side you have the Justice Society of America, who want Black Adam to stop doing mass murder because “heroes don’t kill people”. Alright.

That’s cool! I’m with you so far! We’ve done that in other movies already for a long time now, but like okay! That’s an age-old debate you can play around with a little bit. Add your own little twist to the dark action anti-hero thing! Broncos Country, let’s ride!

The Aliens and Demons Aren’t the Cool Part

Even when DC does make the heroes unambigously heroic, like in Wonder Woman, they forget what actually makes superheroes fun and interesting and inspiring. Wonder Woman is a blatant rip off of Captain America: The First Avenger, but nevertheless the movie is pretty good for the first two thirds. You’re watching Diana save real people from other real, evil people and it’s really bad ass. She’s using super powers to help normal human beings to believe in the impossible and inspiring them to do their part, however small, to make the world around them a better place. A place where there’s always hope that good can triumph over evil. The No Man’s Land scene is the best part of the movie for that reason. It’s grounded, but she’s actually, you know, heroic. Saving people. Inspiring them. Looking them in the eye.

But then in the third act of the movie they say to hell with all that and she just has a Dragon Ball fight with the God of War or whatever and it’s very bad. Diana fighting the big bad at the end isn’t the cool part. The inspiring part of superheroism is saving real people from real situations with real stakes. But the DCEU mostly decides to skip all of that and move straight into “some ancient power of the gods has been unleashed on the world (again) and only this DCEU character you’re watching right now has the ancient power of the gods that can save us all! (Again!) Man of Steel, Batman v Superman, Justice League, Aquaman, Shazam, Wonder Woman, Black Adam, on and on, it’s the same shit every time. Every hero doesn’t need to fight an acient alien magic god for the fate of the universe in every movie. That is not the cool part!!!

Can we all just calm down and just save people from regular ass crime? How many ancient alien magic gods y’all gon release from their tombs fam? JUST QUIT TOUCHING SHIT AT THIS POINT. Y’ALL ALWAYS DO THIS!

Anyway yeah this was a Black Adam review or whatever. Shoutout to The Rock.

Thanks for reading. Follow @WatchWithApollo on Twitter and @ApolloHOU on TikTok for all of our pop culture coverage. #SupportFlorencePugh