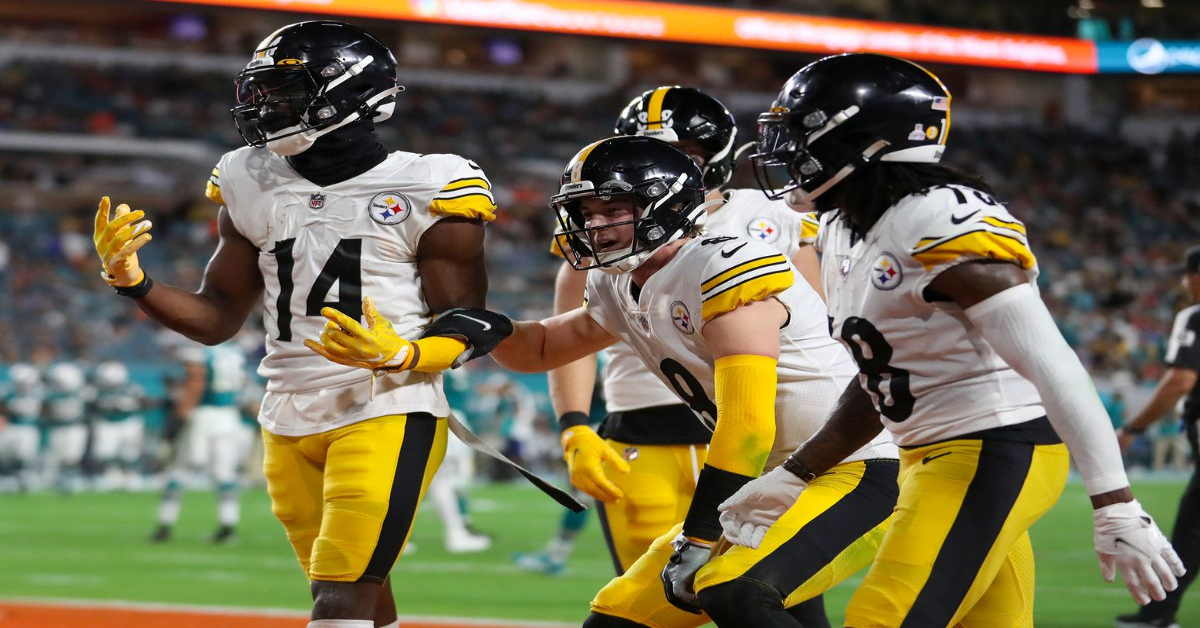 We’ve gone from heating up to on fire over the past three weeks. The bets are up 10.11 units over the last three weeks, including a 5.31 unit bump last week. Can’t get a big head though, we were down 12 units just a month ago, and the great ones never forget where they came from. Anyways, enough nonsense, let’s get to the winners.

Kenny Pickett was thrown right into the fire this year. The rookie with freakishly small hands got little-to-no reps with the starters in training camp and faced a gauntlet of menacing defenses after taking over for Mitch Trubisky. The Steelers are coming off a bye and Pickett should have finally gotten a chance to step back and take a deep breath. Pittsburgh is also expected to have the All-Pro edge rusher, T.J. Watt, back in action to face Andy Dalton and the Saints. Dalton is turning the ball over at a high rate, the Saints’ defense is banged up and I like Tomlin at home coming off the bye. I’ll take the Steelers outright.

I wrote earlier this week about my growing respect for Mike Vrabel and this Titans team, but that isn’t stopping me from picking against them this week. Tennessee is extremely banged up and will be facing a stout Denver defense that is fresh off a bye. The total in the Titans-Broncos game is just 38.5 meaning it won’t take many points at all for Russ and the Broncos to stay within 9 and cover this leg of the teaser.

San Francisco is also rested and healthy off the bye and will be welcoming the Chargers to town for Sunday Night Football. The 49ers excel in every area that the Chargers are weak right now. The Bolts are 29th against the run and that figures to get worse without Austin Johnson on the interior of the defensive line. The Chargers are now also expected to be without their starting RT, Trey Pipkins, and will be rolling a complete practice squad no-name out their to face literally Nick Bosa. Everything about this game indicates a convincing win by the 49ers.

Seattle came through for us last week in the underdog parlay and the teaser, and I’m inclined to ride the Geno train once again this week. The Seahawks are 5th in overall DVOA according to football outsiders, and are simply doing everything well right now. Tampa Bay continues to look broken on offense and underwhelming on defense. I could see this game going either way in Germany, but I do feel great about +8.5 on a teaser for what I believe is the better team in the Seahawks.

Last week the Lions’ defense (26th in DVOA) held the Packers to 9 points. This week Green Bay runs into the best defense in the league, the Dallas Cowboys, for an afternoon game at Lambeau Field. Dallas is #3 in the league against the pass and Green Bay is below average running the ball on offense. Green Bay’s offense is also the 6th worst in adjusted sack rate, while Dallas comes in #1 on defense in that same category. I’m shocked this line is at 20.5 and fail to see how Green Bay keeps Rodgers off of his back and moves the ball on this Dallas defense that is coming off a bye.

Few teams love to pound the rock more than the Giants. Few teams get pounded by the run more than the Houston Texans. The Giants had a bye last week and should be ready to feed Barkley 20+ times in this juicy matchup.

I swear this is mostly a coincidence, but I like another player/team coming off a bye this week. I wrote above that I fully expect the 49ers to expose the Chargers’ childish run defense and CMC will be the guy that takes advantage. We already know Kyle Shanahan can’t wait to use his new favorite toy in prime time. Huge CMC game incoming.

Cooper faces the Dolphins this week who are 31st in the league against the pass. Cooper is the clear #1 in this passing game and this one could easily turn into a shootout in Miami.

The highest total on the board this week is the game between the Chiefs and Jaguars. There’s little reason to believe KC will struggle to score, and I believe Lawrence will keep pace to an extent. 15.5 feels low for a guy that can always run for a TD in a game with a high total in which the Jags will be forced to throw.

What happens when a stoppable force meets a moveable object? We are about to find out. The Colts’ #32 (dead last) ranked offense meets the Raiders’ #32 (dead last) ranked defense. We always here the phrase, “good offense beats good defense” but does bad offense beat bad defense? I’m not sure and I’m not excited to watch and find out. Sam is going to score a TD eventually and I think this is the week. He’ll fly past this number if he finds the endzone.

Good luck with your NFL Week 10 picks! Play responsibly and be sure to check out all the great NFL content at Apollo and enjoy the week. Follow @ApolloTexans and @AaronLittleOB on Twitter for more.