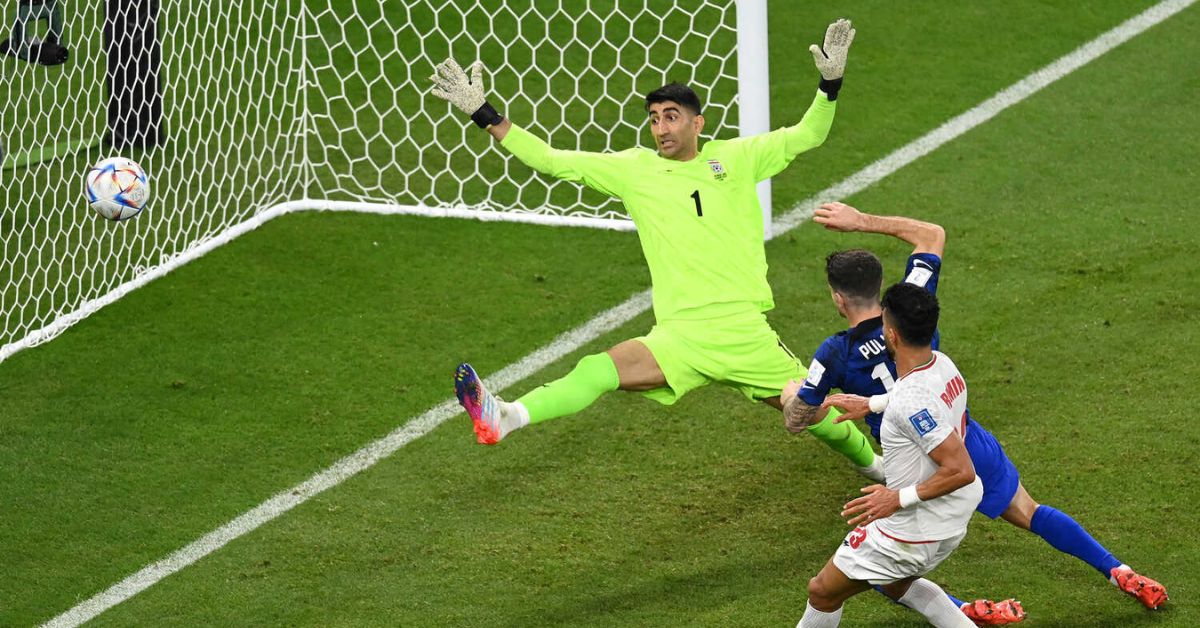 The USMNT have done it! They haven’t gotten a victory all World Cup but when everything was on the line, they got that much-needed victory in USA vs Iran to get the 3 points and push through into the round of 16! USA! USA! USA!

Unfortunately, Captain America aka Christian Pulisic‘s goal came at a price, as he got hurt in the process. Pulisic put his body on the line as he got a great passing header from Sergiño Dest to get a ball into the back of the net. Immediately after getting the goal, Pulisics’s abdomen collided with the right knee of Iranian goalkeeper – Alireza Beiranvand – and Pulisic had to be taken out after the first half. Pulisic deserves all the praise for putting his body on the line for his team and his country. Hopefully he’ll be healthy enough to play on Saturday.

Enough cannot be said about the rest of our team during USA vs Iran. Matt Turner played quite a game as he had to make save after save once Iran started to play a bit more desperate. The defense had to increase their intensity and they all came through when it mattered. Especially Tim Ream, the elder statesman of the squad, who started all 3 games of the group stage. My man’s defense aged like fine wine and he has been phenomenal. Easily our best center back of the World Cup. He conceded no goals, so he understood the assignment! Unbelievable stuff!

Also shoutout to my man of the match, Sergiño Dest! His play during USA vs Iran was so crucial for this team’s attack in the first half. He was aggressive and made pass after pass into the box to give the US chances at goal. In the 2nd half, his defense was outstanding as he was able to keep his mark and played some mistake-free soccer.

What’s next for Team USA?

What a game from the US! We will see you Saturday at 9am Central for the Round of 16 match against the Netherlands. So have your morning coffee and some Bailey’s because this game against the Dutch will be a slobber knocker!

Follow Apollo Media’s soccer coverage all World Cup long. And be sure to follow the crew on Twitter @ApolloHOU to keep up with announcements for watch parties and much more.