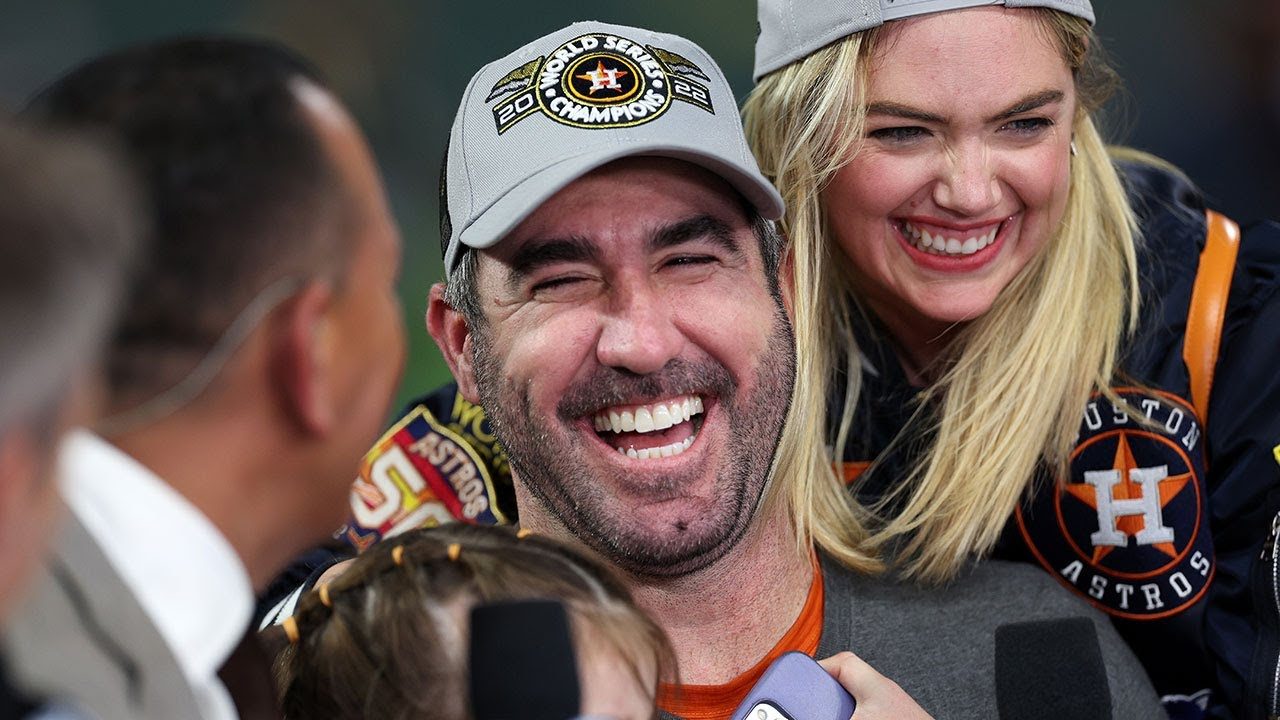 “Justin Verlander was the staff ace for the Houston Astros, during the Golden Age.”

I will have the privilege to say that sentence to my future kids one day. They’ll be annoyed with my stories of the present day, but even by then, I still won’t fully believe that sentence. I remember the midnight push for Justin Verlander. I remember the head fake and whiff. I remember the fucking cheesin-ass smile I had when they confirmed, out of the blue, that the Astros had made the trade. When you acquire a future Hall of Famer, former MVP, and staff ace, you have some lofty expectations. Warranted or not. What you don’t expect is that those expectations are surpassed and a new chapter is written. You expect wins and memories, you don’t expect a former MVP who is an ultra competitor to re-up with another contract and stay for another run at a ring. You don’t expect a 39-year-old pitcher to bounce back from Tommy John to nab another Cy-Young after everyone wrote him off. Yet, as we sit here and wish nothing but the best for that Ace who just signed a mega-deal with the New York Mets, we can take the time to appreciate watching Verlander’s greatness every 5th day here in Houston, Texas.

Appreciating Verlander as an Astro

Yall know I am not a big math guy but the math is mathin and we won right around 60 percent of the games JV pitched in. We all know wins and losses are an archaic stat but winning at that clip is outrageous. Justin Verlander pitched for three seasons and some change when you take out those Tommy years. Two CYs and a runner-up in those three years is bananas! TWO WORLD SERIES RINGS IN THAT SAME TENURE MAKE THAT MIDNIGHT TRADE THE GREATEST TRADE IN SPORTS HISTORY. Move over, Herschel; it’s the Verlander trade now.

If you have been following Apollo Media, we’ve been saying that this was coming for months now. We saw a teammate, a husband, a father, and a competitor soaking in every moment of this championship run down the stretch. And now Verlander has cemented his legacy in Houston forever. A story that started with Justin Verlander playing a mercenary ended with him playing the grateful legend picking confetti out of his hair and riding in a championship parade down Smith street.

“Justin Verlander was the staff ace for the Houston Astros, during the Golden Age.”

That’s a pretty damn cool sentence and a great way to end this chapter. Thank you, JV.