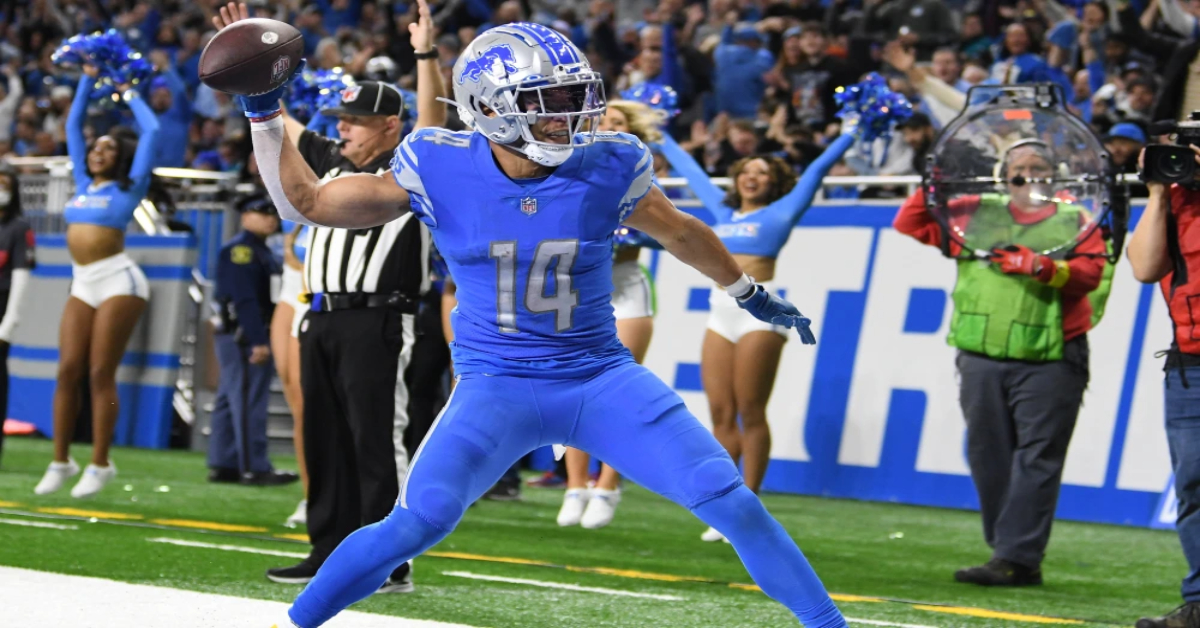 Had Lamar Jackson not gotten injured in the first half last week, we might have been looking at a sweep. But a winning week is a winning week and now we move on to an uglier Week 14 slate in the NFL.

Joe Burrow is one of the hottest quarterbacks in the NFL right now. The Bengals are up to sixth in overall DVOA, per football outsiders, and are playing like a legitimate contender on both sides of the ball. Cleveland looks to be heading in a different direction. Deshaun Watson made his return last week and looked nothing like the guy we last saw several years ago. Watson’s game last week resembled sinkerballer Trevor Cahill more than it did Josh Allen, and that is a concern for the Browns. Burrow stays on fire here and pays back the Browns for the Halloween game.

Tyler Huntley was up and down in relief last week, but recent history tells us that Huntley is a great backup who almost always gives this Ravens team a chance to win. The metrics still love Baltimore and the defense has been coming on strong lately. While Kenny Pickett and the Steelers have won 3 of 4, the offense struggled last week against a bad Falcons defense. Diontae Johnson might also miss this game, weakening a thin WR group in Pittsburgh. The Ravens win an ugly one on the road.

This dreadful Chargers defense is only getting worse. A group already without Joey Bosa, J.C. Jackson, and Austin Johnson, could potentially be without Derwin James, Bryce Callahan, and Sebastian Joseph-Day against the Dolphins on Sunday night football. Joseph-Day is the last capable run defender that the Chargers had left. James and Callahan are easily the two most important players in the LA secondary. This Dolphins offense is not the team in which you want inexperienced defensive backs on the field and that is where this is headed. Truthfully, I like this play regardless of who attempts to play for LA. Tua and Dolphins will come out the gate fast as they have all year.

For some strange reason I feel like Bill Belichick may take advantage of the extra time to prepare more than Kliff and Kyler. Coaching matchups don’t get more lopsided than this one, and the Patriots have much more on the line in this game. The Pats’ offense is at the point where it can at least move the ball against bad teams. Mac Jones puts up enough points while Belichick puts Kliff in a blender on the other side of the ball.

This number is much higher on other sites and the matchup is ideal against Jacksonville. The Titans are a home favorite and will be dying to feed Henry 30 carries after a few ugly games from this offense.

The Titans are the number one defense in the NFL against the run, making this a bad matchup for Etienne. The Jaguars will surely choose to attack Tennessee through the air, and while you may think Etienne is involved in the passing game, he actually has not been. Most of Etienne’s scoring comes on the ground and I don’t see him finding success there this week.

Foreman is dealing with a foot issue making this a tad scary, but if he is able to go, this is a smash spot. When the Panthers hang around in a game Foreman gets 20+ carries and is efficient with them. The Seahawks have been brutally bad against the run in recent weeks and Carolina will look to capitalize on that with Foreman.

The Chargers got RB Joshua Kelley back last week and immediately gave him 7 carriers compared to 10 for Ekeler. Kelley was more efficient with his carries and I would bet Kelley may even get more carries than Ekeler in this game. On top of that, the Dolphins are going to score points and force the Chargers to keep up, and no offense throws more and runs less than the Chargers.

ARSB has been money in the bank this year and now faces the Vikings who have been getting torched by wideouts all year. Garrett Wilson and Corey Davis flew past this number against Minnesota last week and ARSB continues to be a target machine. I love this ARSB prop once again.

Good luck with your NFL Week 14 picks! Play responsibly and be sure to check out all the great NFL content at Apollo and enjoy the week. Follow @ApolloTexans and @AaronLittleOB on Twitter for more.