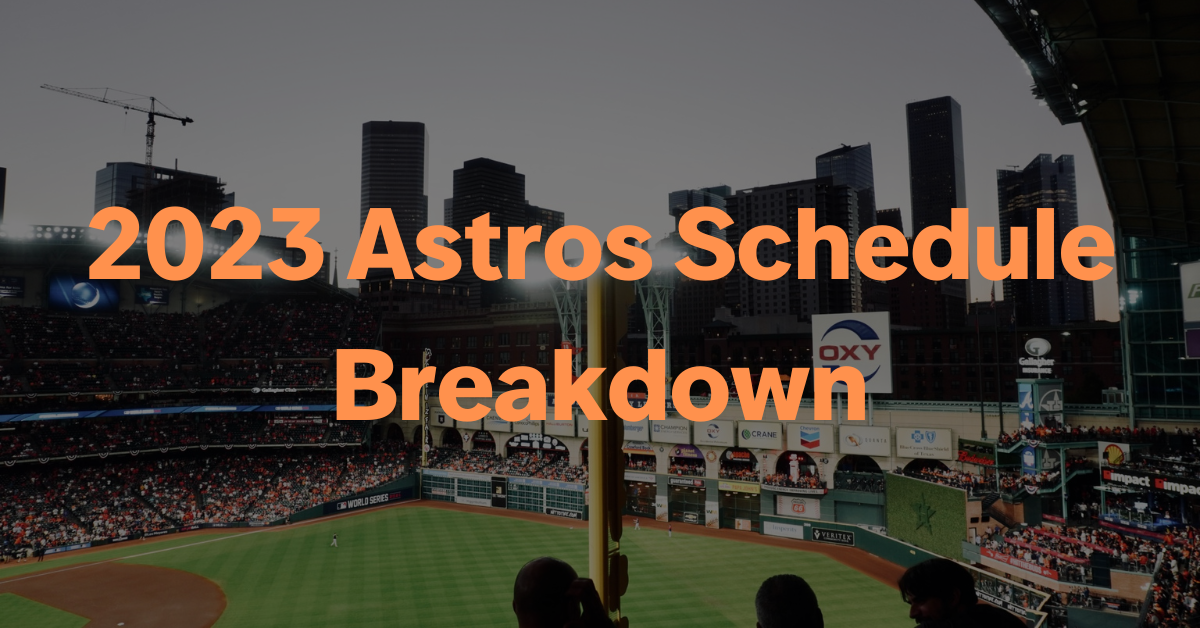 The newest MLB regular season schedule format has each team play against every other team in the majors throughout the season. The 2023 Houston Astros schedule will open with a series in front of their home crowd against the Chicago White Sox. Quite a way to start the season. The ‘Stros then follow it up with a visit from A.J. Hinch and the Detroit Tigers.

The Astros will also have a 2021 World Series rematch in April against the Atlanta Braves at Truist Park, which really isn’t even in Atlanta.

In May there aren’t really any notable games or series to really get amped up about. On the Astros’ schedule are the Giants, Cubs, and Brewers, but I’m not getting all too excited about those matchups.

Summer time begins in June and the Astros’ schedule includes their 2019 World Series rematch against the Nationals at home. The next week they’ll play the New York Mets at home, piggybacked by a road trip to play the Dodgers in L.A., and the Cardinals in St. Louis.

July appears to be another gross month without any truly crazy matchups. on the Astros’ schedule. The All-Star break happens there and maybe we’ll get to see Yordan hit a bajillion homers in the home run derby. Shoutout to Dez’s son.

In September there’s another three-game set with the Yankees at home, a series against the San Diego Padres, and some bottom-of-the-barrel teams left for the rest of the month. Yes, I’m still not scared of the Seattle Mariners.

All in all, the 2023 season will surely provide excitement and despair for us Astros fans, but let’s get keep our focus on the 2022 season for now.