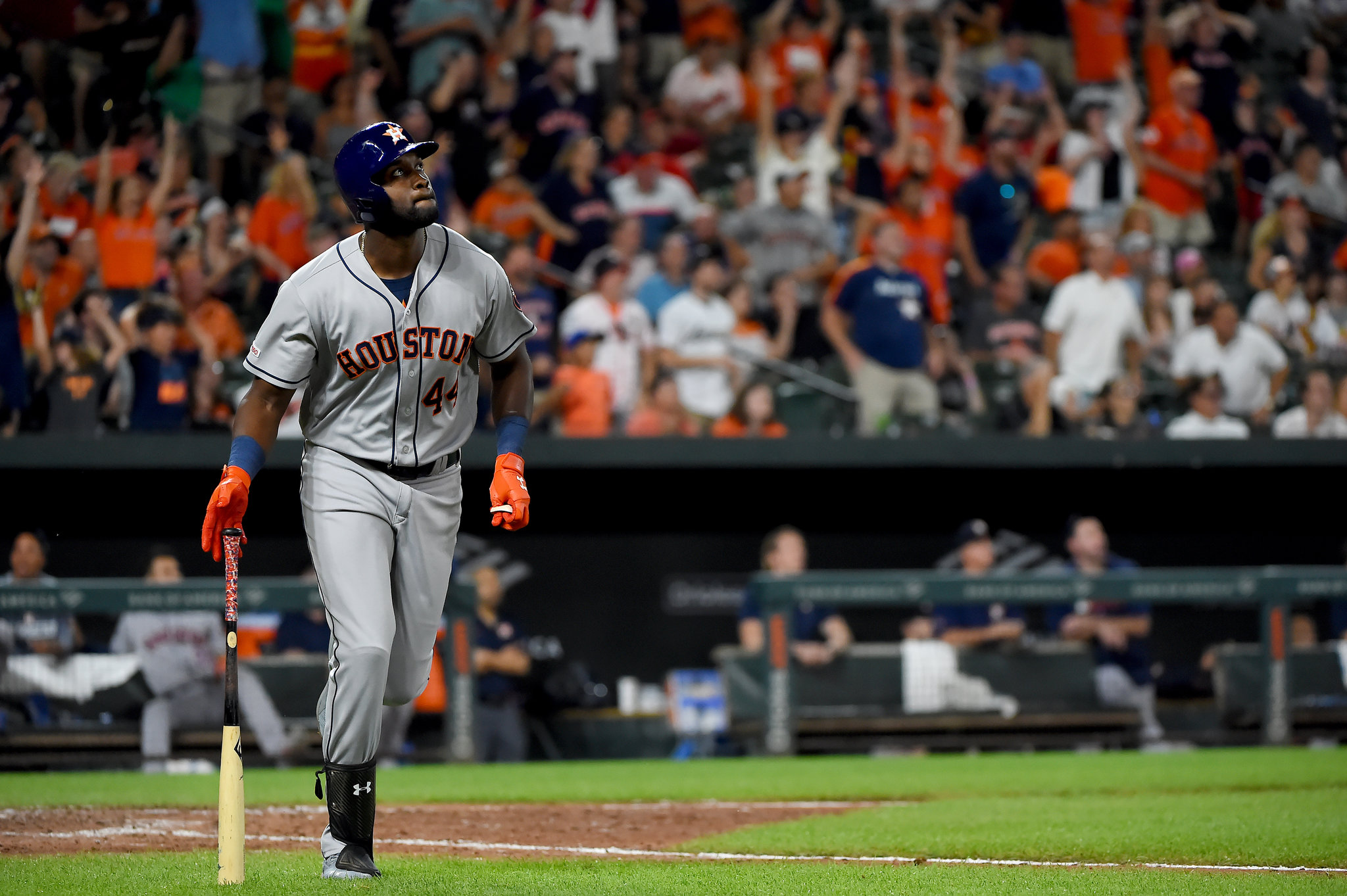 Yordan Alvarez and the Astros just walked off game 1 of the ALDS.

To be frank, Justin Verlander just didn’t have his stuff today. His velocity was there, but location was a bit of a problem. The Mariners jumped all over him right from the start.

Verlander has given up 6 runs only once this regular season to none other than…the Seattle Mariners. They went fastball hunting and barely had any swings and misses.

In the third inning, my starting center fielder, Chas McCormick led off with a single toward the second base side. Then, with one out, Jose Altuve had a veteran walk.

Jeremy Peña then had a productive out to move Chas over to third, leading to our son, Yordan Alavarez with a monster double off the Crawford Boxes to get the score within two.

In the fourth, J.P. Crawford hit an absolute “fuck you” bomb off of Verlander and it seemed as though the lead was insurmountable. Yordan got the Astros out of the inning with a rocket ship throw from left field.

Bryan Abreu came in the fifth inning and it appears he’s that dude. He faced six batters and got through 1.2 IP with three strikeouts and only one hit. Great start to the playoffs for the young buck.

Cristian Javier looked good as well, but the Mariners were swinging with authority today and Eugenio Suarez took him into the Crawford Boxes for a solo bomb in the seventh inning.

Hunter Brown got to make his postseason debut Tuesday afternoon. He didn’t look like the moment was too big for him, and got his feet wet in the playoffs.

Alex Bregman continued his masterclass in the ALDS and hammered home a two-run homer in the eighth inning.

There were plenty of two-out opportunities for the Astros to continue to chip at the lead, but the two-out-hit never came.

Rafael Montero came in the ninth and had a wonderful, and rare, 1-2-3 inning. Kyle Tucker robbed Julio Rodriguez of what was probably going to be another triple for him.

ALDS Game 1 Comeback for the Ages

This set the stage for the bottom of the ninth inning. David Hensley got on first after a long at-bat and a full-count HBP. After Altuve struck out as the tying run, Jeremy Peña got a hanging slider and knocked it into center field which brought Yordan up to the plate to do what big boys do.

The Mariners decided to bring in reigning Cy Young Winner Robbie Ray out of the bullpen to face Yordan.

The Astros look to take control of the series Thursday afternoon. After all, day games are a tradition for Astros playoff baseball.