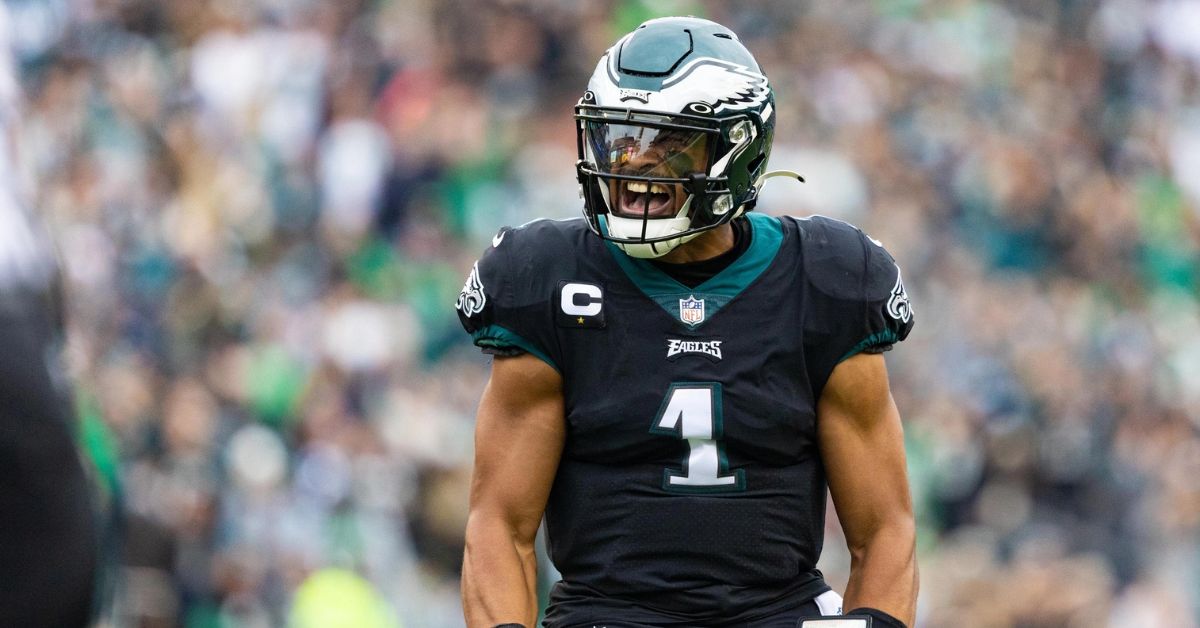 Every week I will be bringing you the best bets, props, and DFS plays on the board. I will be using FanDuel lines for bets, PrizePicks for props, and DraftKings for DFS. As always, be sure to price shop for the best lines. Let’s do this. If you haven’t already, check out my NFL-Mega Preview and Stoney’s Week 1 Preview.

Early in the season you want to attack the teams you really believe in before the market starts to catch up and the Eagles are one of the times I really like this season. The top-ranked Eagles’ offensive line should dominate the Lions’ defensive front which came in at #31 in adjusted sack rate last season. The Eagles should have little trouble moving the ball and Jared Goff won’t be able to keep up.

The Titans just lost Harold Landry to a torn ACL, weakening what would have been a big strength for Tennessee in this matchup. I expect the Titans to struggle early in the season as Robert Woods gets acclimated to a new team and rookie WR Treylon Burks gets his feet wet in the NFL. The Giants should stack the box to limit Derrick Henry and make Tannehill beat them. On the other side of the ball, Saquon Barkley and Kadarius Toney are both expected to be a full-go. I like getting the 5.5 points in a game with a total of just 43.5.

The Saints open the year in Atlanta against the Falcons while the Chiefs travel to Arizona to take on the Cardinals and I think this is a good spot for the first moneyline parlay of the year. The Falcons project to be a disaster in all non Kyle Pitts related areas, and Michael Thomas is ready to go for New Orleans. Out in the desert, the Chiefs begin their quest for a 7th straight AFC West title. Kingsbury and Kyler are a poor man’s version of Reid and Mahomes. The Chiefs are better in every aspect and won’t stub their toe in Arizona.

Make sure you price shop your books for this one. A two-leg teaser at (-120) would be the better bet if you can find it (Bovada). Nothing fancy here, this is a fade of the Jets and the Bears. This bet seems too easy, but sometimes the easy bets win. As long as Trey Lance isn’t an absolute disaster, this should cash with ease.

PrizePicks is a fun app to bet player props and is legal in Texas. I recommend mixing and matching these slips for two-leg power plays.

The Saints will have no issue moving the ball up and down the field on this horrendous Falcons defense. Reports out of Saints camp indicate that the offense will run through Kamara, I expect 5 or 6 receptions for 40+ receiving yards.

I am all in on Christian Kirk this year and am absolutely attacking his props in week one. Kirk will be the focal point in this passing attack and he draws a nice matchup against a Washington secondary that ranked 28th against the pass last season.

Mike Williams is fully healthy and that means he is someone to buy. Mike Williams has benefited from the Joe Lombardi offense more than anyone and is the number one target for Herbert when he is at full strength. The Raiders’ secondary is not a group to fear and this game has a total north of 50.

Jameis will be playing in his first regular season since his season-ending ACL injury last year. Winston shouldn’t be looking to run around after what happened last year and shouldn’t need to run against a Falcons defense that is not going to make him sweat. Jameis has more than enough quality weapons to throw the ball to, as opposed to doing the work himself.

Every week I will list my favorite DraftKings plays at each position in each price tier. These are strong tournament plays in my eyes and the bolded players are the guys I like for cash games (50/50s and double ups).

Good luck to everyone out there! Play responsibly and enjoy week one.