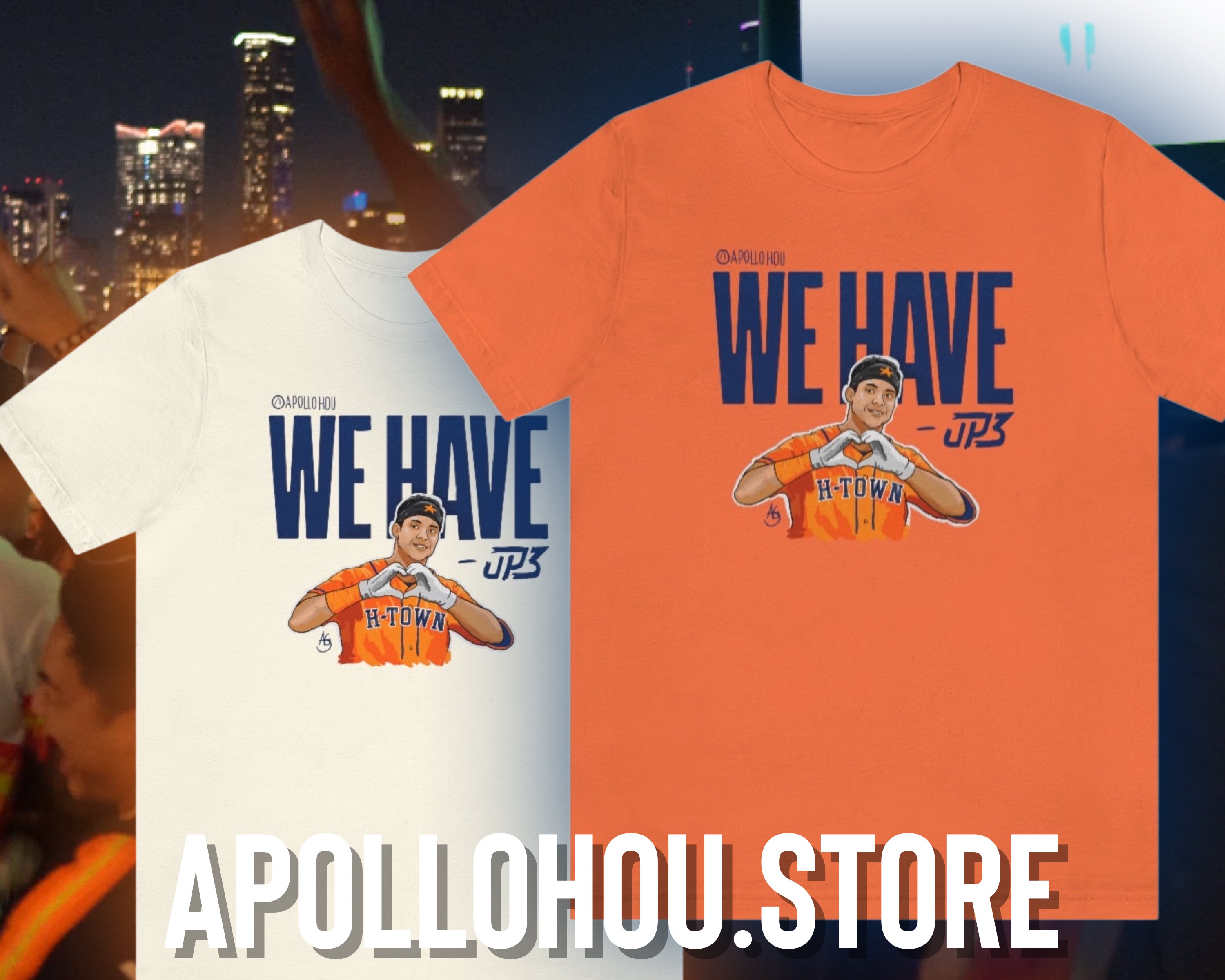 As we turn the page and wait for the ALCS to start, I asked the team some questions on what happened this past week.

With the ALDS turning into the ALCS yet again for the 6th straight time. What is your favorite memory of the DS?

JoshStros: Watching Jeremy Peña grow up in front of our eyes

Jakob: Jeremy Peña. All 3 games. Without him we don’t sweep and WE’D probably be swept. (editors note: little dramatic there bubba)

Jon B: Aside from the Yordan Homer, has to be the David Hensley AB right before the bomb. A VET ab by the rookie. Without his plate discipline, Astros might not have swept.

Andrew: It has to be Yordan Alvarez’s walk-off homer in Game 1. The Mariners roughed up Verlander and looked like they were going to take the series lead, but Yordan stepped up to become arguably the most feared hitter in the game right now.

Astros UK: There’s just no looking past Yordan Alvarez’s world-altering historic Game 1 3-run walk-off shot. As an alternative moment just to give some variety I’ll go for Luis Garcia’s reaction on the mound after capping off his spectacular 5-inning Game 3 relief effort.

Lil Bro Taylor: It’s gotta be the bottom of the 9th in game one. Everything was falling into place perfectly; from Hensley’s cerebral AB, to Peña’s clutch base knock, you could just feel a magical moment brewing in the air.

Astros Future: Had to be the Yordan walk-off HR. That gave was a struggle to start with our ace getting roughed up. Never want to fall behind in the series so getting that win in improbable fashion was huge.

A series where majority of the runs were produced by the long ball, what was your reaction when YORDAN stole G1?

Josh: Out of body experience. Still can’t believe I was there to see it

Jakob : I wasn’t there, but that is by far my most replayed home run out of all the ones we’ve had prior. Even more than Altuve’s 2019 walk off vs NYY

Jon B: See Below

Andrew: Elation. In situations like that, you always think how awesome it would be if the guy went deep, but it rarely happens. With all due respect to Jeremy Peña, that was the biggest hit of the postseason so far.

Astros UK: It wasn’t actually that late here in the UK at about quarter past midnight but it was one of those times where, while you’re hoping for a magic miracle moment with Yordan up, when it actually happens it seems beyond surreal. I was just jumping up and down over and over and over again, probably leaving my neighbours downstairs mightily confused! One of my favourite Astros postseason moments ever.

LBT: Crying, screaming, laughing. Who else but the prince of the city to launch us to victory in the final moments? Truly a storybook ending.

Future: Stunned but not shocked. Just in awe of how lucky we are to have a guy like Yordan on the team.

Pitching is key to OCTOBER. Who was your favorite arm this past week?

Josh: Hunter Brown executing his pitches and getting crucial outs in his first postseason games was huge.

Jakob: Luis saving our ass for 5 innings in Game 3 after 5 and a half hours and 12 innings of waiting

Jon B: Abreu growing up before our eyes. Carrying the most innings by an actual reliever, and shutting the door.

Andrew: Luis Garcia. He won 15 games this season and isn’t even in the postseason rotation – that’s how deep this staff is. Yet he came out of the bullpen and delivered five scoreless innings when the team needed it most. Clutch.

UK: So many choices, I have to go with Luis Garcia in that Game 3 marathon in Seattle though. I don’t think people fully appreciate how tough it is to pitch 5 innings on the road with the threat of a walk-off looming large over every pitch. We’ve seen him deal before like in ALCS Game 6 last year, but I felt Luis Garcia really came of age in this outing.

Lil Bro: There’s not many wrong answers here but honestly I loved the way LMJ came out and whipped the slider. His dominance will be key for the rest of the run.

Future: Man… hard to choose when the team tossed 18 scoreless in one game, but Garcia tossing 5 scoreless in relief when he is normally a starter and not in his normal return is nuts. Gotta be him.

Who is your ALDS MVP?

Josh: I think it has to be Yordan, but Peña’s clutch moments are a close 2nd

Jakob: Yordan. Peña set him up for the moment in the first 2 games but someone has to take the big hack and it would be Yordan to do it.

UK: It just has to be Yordan. Have to give a massive shout-out to Peña for winning Game 3 and being a critical ingredient of the Games 1 & 2 wins, but in Yordan we saw something few players dare dream of in October, let alone obtain.

Lil Bro Taylor: Amazing contributions by numerous guys up & down the roster, but we all know that there’s only one right answer: Yordon Álvarez.

Future: Has to be Yordan. Two homers and both were game winners.