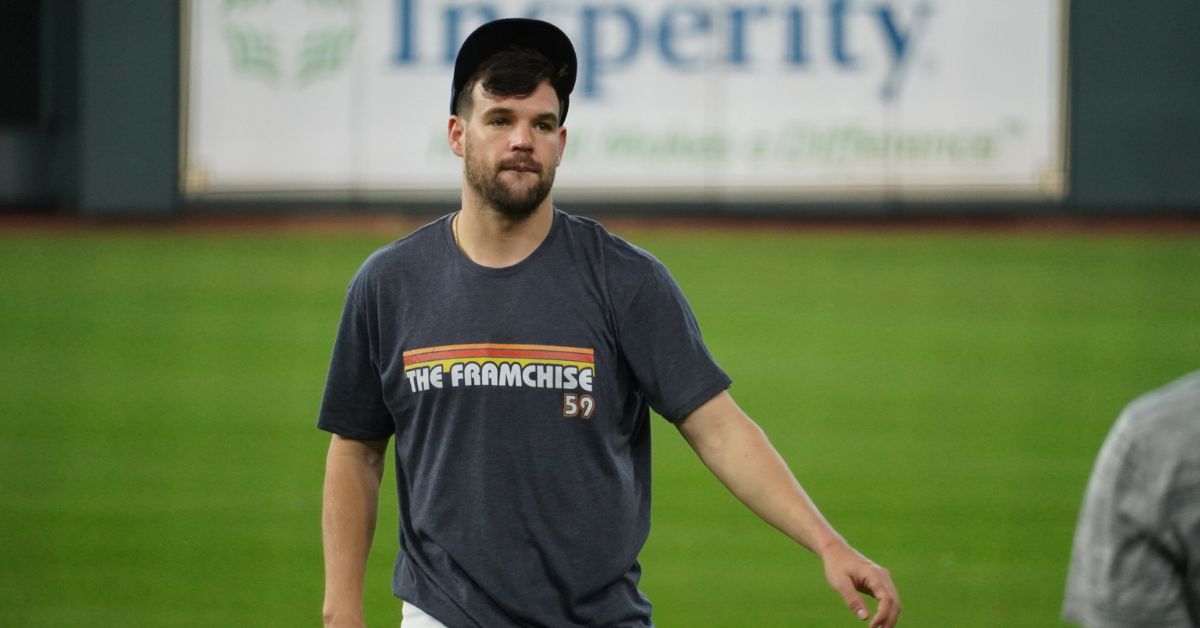 World Series Game 6 between the Astros and Phillies starts at 7:03 pm Central Time on Fox and is streaming online via Fox Sports if you sign in with a TV provider. The roof will be CLOSED in Houston so weather and wind will not be a factor, but noise should be.

How’d We Get Here?

To the casual fan, this World Series has been an entertaining heavyweight bout, rife with tension and record-setting performances. To everybody in Houston and Philadelphia, it’s been a mind-melting, nerve-wracking, sequential torture chamber of critical feats and failures. We’re all looking for something to pin our hopes on. Here’s how the potential dynasty-establishing World Series Game 6 is shaping up.

The Phillies are Sneaky Bad Against Sinkers, with Some Notable Exceptions

On paper, the Framber Valdez – Zack Wheeler matchup should be mostly even, if not slightly tilted in favor of the Phillies. Both are among the game’s premier arms, but Wheeler has been doing it longer and with a more overpowering arsenal. However, Zack Wheeler’s velocity was significantly down in his last start thanks to arm fatigue he is still dealing with, leading to a short leash, and Framber matches up well against the Phillies, as evidenced by Game 2.

In 2022, Philadelphia’s hitters ranked 25th in MLB in Runs Above Average against Sinkers as a unit, at -22.4 Runs Above Average. Framber Valdez‘s is one of the most effective in the league, and he spams it over half the time. Some notable Phillies strugglers include Alec Bohm (4th worst in MLB with at least 400 PA), Bryce Harper (-3.1 Runs Above Average), and Nick Castellanos (-3 Runs Above Average). All are double-play candidates thanks to their foot speed, and to Framber’s league-leading groundball percentage.

Meanwhile, this is a great spot for the Rhys Hoskins Redemption Arc. The Phillies first baseman has had a terrible series, going 3-21 with a .468 OPS and a flub at first base that allowed the game-winning run to cross home plate in Game 5. One of those hits already came against Framber Valdez in Game 2. Hoskins has the highest career Runs Above Average over his career against the sinker of any Philadelphia regular, at 37.9. Fellow slugger Kyle Schwarber is no slouch either, but Rhys should be circled on the lineup card. In a series where unlikely heroes like Chas McCormick just might be the World Series MVP, a struggling Rhys Hoskins cannot go overlooked.

Rob Thomson, Philadelphia’s skipper, has intimated that Ranger Suarez will be available out of the bullpen, and it seems likely this is a piggyback situation. Suarez blanked the Astros in Game 3, painting corners and working efficiently. The Astros have been exceptionally aggressive at the plate all postseason long, which works in Ranger’s favor – he’s a contact management type that relies on hitters to swing at pitcher’s pitches. Look for a philosophy change from Houston’s lineup when Wheeler gets pulled.

Houston Has Been Hiding Some Weapons for World Series Game 6

If you have never listened to the Beyond the Diamond interview on this platform with former Astros pitching coach Brent Strom during last year’s World Series, you should.

But I’ll paraphrase anyways. Strom spoke to the efficacy of “hiding” an arm or two for the end of the series. Philadelphia has gotten great swings on Rafael Montero, and he’s been used a ton. In fact, Houston has used Bryan Abreu, Rafael Montero, Ryan Pressly, and Hector Neris for all but five of their bullpen innings for the entire series (Stanek has one total inning, and Jose Urquidy mopped up the McCullers start). Hunter Brown still hasn’t thrown a pitch. Ditto for Will Smith – I wouldn’t hold it against you for forgetting he was added to the roster. Luis Garcia has seen less than an inning of work. Compare that to Philadelphia, who threw every bullpen arm they have rostered including using starter Ranger Suarez out of the bullpen by the end of Game 2. Despite the rest day, Houston can mix and match with more mystery arms, even deciding to sit Montero down.

Thank you for reading. Stay tuned to ApolloHOU for more Astros coverage forever, whether the season ends today or tomorrow. Follow @ApolloHOU on all platforms so you don’t miss anything.